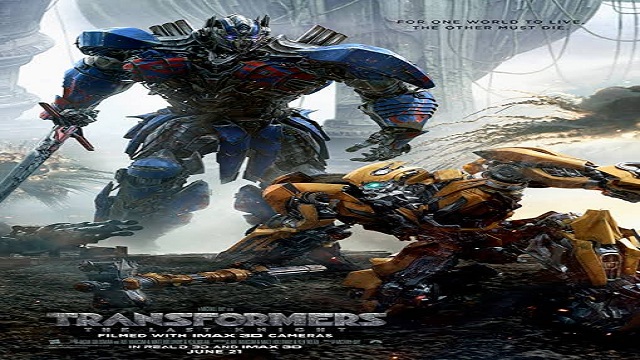 By: Omair Alavi Just as you can’t have a Mission Impossible flick without Ethan Hunt, a James Bond film without 007 or a Jason Bourne movie without the ex-CIA assassin, you can’t have a Transformers installment without Optimus Prime. Yes, he is there in the spirit but when he makes his entry when the audience…

Just as you can’t have a Mission Impossible flick without Ethan Hunt, a James Bond film without 007 or a Jason Bourne movie without the ex-CIA assassin, you can’t have a Transformers installment without Optimus Prime. Yes, he is there in the spirit but when he makes his entry when the audience is being put to sleep and that too as Nemesis Prime, which makes things difficult for the fans of the Autobots leader. A lot was expected from Transformers – The Last Knight but in the end, its fate is not much different from the Batman Vs Superman: Dawn of Justice.

Once Upon a time, the Knights of Iacon helped King Arthur and his wizard Merlin (Stanley Tucci) triumph over Saxons; centuries later, that very alien staff that helped Merlin becomes the cause of disagreement between Autobots and Decepticons. In the meantime, a dying robot attaches a metallic talisman to Autobot sympathizer Cade Yeager (Mark Wahlberg) who continues to help the good robots no matter what. Sir Edmund Burton (Anthony Hopkins) summons him to England and teams him up with Professor Viviane Wembly (Laura Haddock) and together they embark on a journey to save the world from an out-of-this-world threat. There is Optimus Prime in this flick as well but his creator Quintessa (Gemma Chan) manipulate him in fighting against his friends as Nemesis Prime. Who wins and who loses is what the rest of the story is about – watch the film to know it all.

To have a real-life knight ‘Sir’ Anthony Hopkins in a Transformers film is like a dream come true and thankfully, he gets a meaty role as well, unlike the one in one of the Mission Impossible flicks. Mark Wahlberg and Laura Haddock support the veteran actor who is at the top of his game under Michael Bay’s direction. The CGI, the live-action, and the action sequences keep the audience glued to their screens, as does the acting and voice acting of the Transformers regulars John Turturro, Peter Cullen (Optimus/Nemesis Prime) and Frank Welker (Megatron) among others. And yes, Bumblebee finally speaks up!

You don’t really go inside the cinema to watch a Michael Bay film, hoping to find a plot. He just does what he likes best which these days is making films where there are a lot of robots, a lot of action, a lot of destruction and more importantly, a lot of confusion. The climax of Nemesis Prime – Bumblebee fight remind me of many Bollywood films where a certain incident helped the hero find out that the missing brother he was searching for is none other than the person in front of him. Just like Martha, Martha made friends out of enemies in Batman Vs Superman: Dawn of Justice, Optimus Prime regained his memory when he heard the usually mute Bumblebee say something. Then there was the childish ‘too-much-in-too-little-time’ plot where everything from King Arthur’s sword, talisman that holds the key to the fight sequence at Stonehenge (and in the air), reminded you of many English films that are now considered classics. Mark Wahlberg’s ability to survive from alien encounters must be some kind of a record and the director banks the whole film on that one point – Wahlberg can’t be killed – even if it means putting the audience to sleep!

With every passing flick, the Transformers franchise is quickly turning into a joke. Director Michael Bay doesn’t seem to realize that since the fans of the series make it successful, even if they themselves exit the theater without being entertained. Not having the (full) services of Optimus Prime in this installment hasn’t gone down well with the audience because they came to watch the big guy save his adopted planet, not newer guys trying to replace him. One hopes that the next installment in the series has a better story, better graphics, and a fresh director so that the franchise can move forward, rather than being stuck at one place like the weatherman in Groundhog Day.