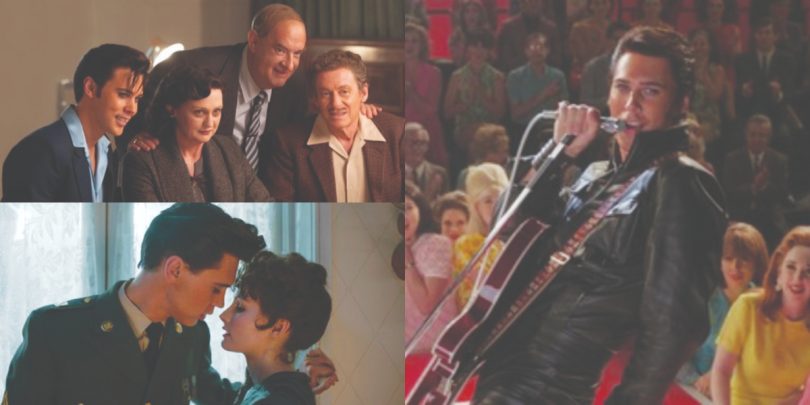 He may have died 45 years back but Elvis Presley remains a hard person to forget. In Baz Luhrmann’s biopic of the King of Rock and Roll, the director both pays a tribute to the master entertainer as well as to show the events that led to his untimely death at the age of 42. He is helped in this regard by two extremely talented individuals – Austin Butler and Tom Hanks – who play the singer and his manager respectively and convince everyone that behind Elvis’ success and failure, there was a devilish Colonel Tom Parker.

A youngster named Elvis Presley (Austin Butler) wants to make a name for himself but despite his good looks and impressive vocals, he has no idea how to create a separate identity for himself. Enters Colonel Tom Parker (Tom Hanks) who takes control of his career and his life, and makes him the King of Rock and Roll but not before accumulating a fortune for himself which he would keep on losing due to his gambling addiction. Why the Colonel didn’t let Elvis travel abroad (besides Canada), how he managed to stay with him for nearly two decades, and how did he hurt the singer’s life that he left the world before his 43rd birthday, watch this biopic to know the answers to Elvis’ life and career.

The film revolves around the rise and fall of Elvis Presley, a kid from Memphis who went on to become the King of Rock and Roll, and was on a decline by the time he had crossed 40. Austin Butler’s portrayal was spot on and so were his vocals, wherever they were used in the film. Most of the songs filmed by him are either Elvis’ original recordings that are remixed for better quality or his own covers, and he does a fantastic job with them. What’s more interesting than his acting skills and singing is his dancing, and the way he ’wiggles’ makes you wonder the amount of time he might have taken to perfect the act!

Tom Hanks plays a bad guy in the film, or that’s what the movie wants us to believe. Whether it be using, abusing, or even saving his client, Tom Hanks was on top of his game as Colonel Tom Parker. The prosthetic makeup that made him resemble Elvis’ manager may have restricted his movements but he was always in character, confusing the audience as to whether he is a good guy, a bad guy, or someone else.

How Elvis met his future wife Priscilla, how his music was considered devilish at first but later appreciated, how he helped America fight segregation and he was pushed to the brink by his manager, everything is presented here in a way that the audience would instantly feel connected to the late singer. Yes, his drug abuse is shown in a way that it promotes unhealthy activity, but it was necessary since it was responsible for cutting short his life.

Using Elvis’ manager as the narrator might be a good ploy on paper but it restricts the maker from exploring the intimate life of the King. There was a life Elvis led before he met Colonel Parker, but that life is mentioned through animation which doesn’t do justice to America’s sweetheart. Also, the Beatles are mentioned vaguely when they were one of the main reasons behind Elvis’s downfall, from which he made a successful comeback in the late 1960s. The story of him meeting Richard Nixon at the Oval Office is missing, as is his love life before and after Priscilla. Olivia DeJonge might look like Priscilla but the 14-year-old girl who stole Elvis’ heart could have been shown as a striking teenage beauty instead of just another young girl.

There was no mention of the time when Elvis’ father Vernon remarried and got divorced, which is Elvis chose to stay in Las Vegas instead of his home Graceland. His final days could have been better filmed instead of showing newspaper clippings because this film is about Elvis Presley’s rise and fall; not showing the complete details would be an injustice to the fans. Many details that are available on websites as well as in the many books dedicated to Elvis, couldn’t be accommodated here that’s because the film is narrated by the Colonel, and not Elvis’ relative like his father (Richard Roxburgh) who has nothing much to do in the script.

I was disappointed on not seeing much of Elvis, the actor who had a decade-long career in Hollywood; it should have been given a little more time than being mentioned in a montage. Not recreating his earliest hits such as ‘Jailhouse Rock’ is also one of the things the audience might miss so they must go into the cinema, prepared for that.

There is more to Elvis Presley than any book or film can handle. Even then, director Baz Luhrmann does his best to come up with a biopic that doesn’t come out as a parody. The way he merged Elvis’ original rendition of ‘Unchained Melody’ with the new footage would surely bring tears to the eyes of those who had seen the song when it was released a few months before Elvis’ death.

And Kudos to Austin Butler for giving his 100 percent to a character that is still alive in the hearts and minds of his followers. His dance steps were ‘next level’ and brought back the smoldering physicality of Elvis, the performer who used to drive the girls wild and make their date insecure. As for Tom Hanks, he plays second fiddle well despite being unrecognizable behind all that makeup and prosthetics. The art direction deserves special mention because, without that, the audience would not have taken the trip down memory lane, that they did with their favorite singer.

However, at 159 minutes, the film is too long and it would have been better had some of the scenes could have been trimmed or edited out to make it a little over two hours long. The pace isn’t slow but the time some scenes take is too much, and that’s what might take the shine away from what is a brilliant biopic about the most imitated man in the United States.