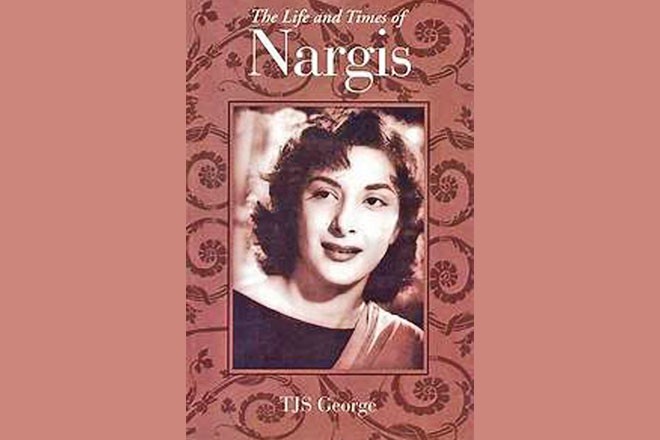 Many of us have seen the Sanjay Dutt biopic Sanju, which starred Ranbir Kapoor in the titular role and Manisha Koirala as his mother, Nargis. She remains an intriguing figure even as her untimely death propelled Sanjay Dutt towards rehabilitation.

The love Nargis had for her only son may not have been the subject of the film Sanju but these are questions T. J. S. George’s The Life And Times of Nargis tries to provide answers to. The book does talk about the veteran actress at length and along the way opens your eyes to the Dutt legacy.

So, who was Nargis and how did she become the Mother India of Bollywood? That’s the burning question that the current generation has on their minds after watching Manisha Koirala essay the character in Sanju and how she pulled her son up whenever he needed it. This book tells you all you need to know about the actress who started her career in 1943 as a 14-year old and went on to become one of the most sought-after leading actresses in India before retiring in the late 50s. The journey from Fatima Rashid to Baby Rani and finally to Nargis Dutt is what this book aims for and successfully captures.

T. J. S. George has written a remarkable biography about an actress who passed away in 1981 but lives through her films, her social work, and her children. He compares her to Devika Rani, who was United India’s first ‘superstar actress’ and terms Nargis as the same thing after Partition. The author also talks about her early films before she became an unofficial part of Raj Kapoor’s camp as well as her association with Mehboob Khan, who plucked her out of obscurity when she was barely a teenager and cast her in Taqdeer opposite Chandramohan and Motilal; both of them were the biggest stars of that period.

If you didn’t know that Nargis was the first choice for the role of Anarkali in Khan Asif’s Mughal-e-Azam or that the scene in which the leading actors meet in Bobby was inspired from her real-life meeting with Raj Kapoor then you certainly need to learn more about this golden age actress. The writer explains that Raj Kapoor was romantically involved with Nargis, who didn’t want to be a home breaker and his loyalty to his wife was one of the main reasons why she left RK camp despite being an integral part of the studio. In fact, the logo of RK Studio still features Raj Kapoor and Nargis in what is now considered an evergreen pose from Barsaat, one of their earliest collaborations.

The book also covers Sunil Dutt’s entry and discloses that before they acted as mother and son in Mother India, Sunil Dutt once interviewed Nargis at a red carpet and couldn’t conduct the interview because of being star struck. However, after playing a real-life hero and saving Nargis from a fire incident on the film’s set, they became good friends and later husband and wife after he proposed to her. Baby Rani became Nargis Dutt, and rose to the ranks of the first lady of Indian cinema as her first film in Mehboob Khan’s camp – Mother India – became immortal.

How she managed to spend her days and give equal time to her family, her social work, politics and other aspects of her life is something only this book can tell you. The quality of research conducted by the writer is therefore solid. Be it her romantic pairing with Raj Kapoor or her brilliant acting opposite Dilip Kumar, Nargis was always on top of her game and ahead of the times.

In an era when educated women didn’t feel comfortable working in films, this youngster (who spoke perfect English) knew how to carry herself and apart from being astonishingly beautiful, broke all barriers by daring to go where no one had gone before.

There is more to Nargis Dutt than meets the eye and that’s where this excellent biography comes in handy as it explains that the actress was there while supporting the Emergency, was criticized for her condescending remarks against Satyajit Ray and failed to rein in her only son Sanjay, who ended up in rehab soon after her death. She started off as a perfect mother in India because of her association with the magnum opus film and that’s how she would have liked her fans to remember her and not only as the mother of a former drug addict.