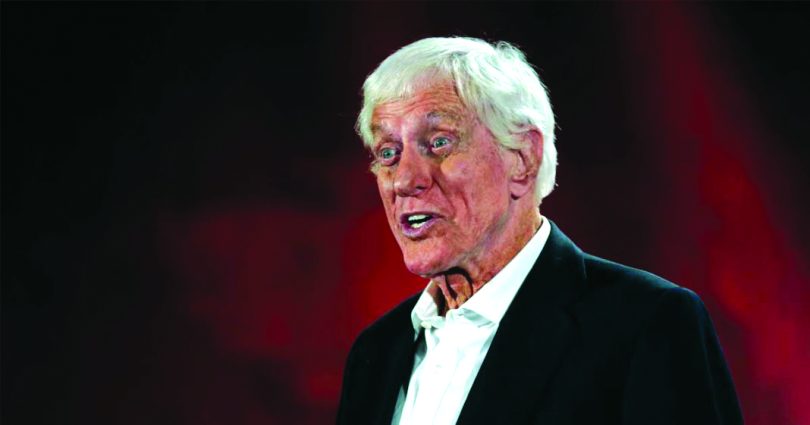 TV Legend Dick Van Dyke talks about his career, his life, and his ‘adventures’

When is the best time to read about the life and times of TV’s very own legendary figure Dick Van Dyke? On the eve of his birthday, of course; and if it is his 96th birthday, then it multiplies your motivation by 96 times! Dick Van Dyke’s bestseller My Lucky Life In and Out of Show Business – A Memoir is available in the market if you want to know how a newbie ended with his own show, what made him venture into films and help Mary Poppins as well as solve murders in the 90s hit show Diagnosis: Murder.

In this autobiography, Dick Van Dyke recounts his adventures from the day he was told that his date of birth was incorrect, to the moment he decided to retire some seven decades later. It was what happened during those years that make up this book, where Dick Van Dyke is being Dick Van Dyke. If you didn’t know that in the beginning, he wanted to join the church, or that everyone knew everyone when he was growing up, or that he nearly had an encounter with the mob when he was doing his stand-up act, you need to get your hands on this book.

He not only talks about the many aspects of his colorful life as an entertainer but also reveals details of his carefully guarded life as a family man. While addressing the readers, he talks about his wife, his kids, and marriage, but doesn’t stop just there. He discloses the details of his affair to Michelle Triola and how he balanced his life between the two ladies. Not many knew that the man who always played ‘straight-as-an-arrow’ kind of character, had a busy personal life, but as he calls it in the title, it’s all about his ‘lucky life in and out of show business’.

When Dick Van Dyke was young, he couldn’t join the army during the Second World War as a soldier for health reasons, but he compensated for that loss by boosting the morale of his fellow countrymen as a radioman for the military. That made him realize that he could carve a career in showbiz, but since he was from a small town, he didn’t know many people who could help him. But since luck favors the brave, he let luck decide his fate and people from Carl Reiner and others helped him become the most loved celebrity in the United States in no time.

He talks about meeting his idols Stan Laurel and Buster Keaton during their final days and impressed them so much that they wanted him to speak at their respective funeral, which he did. He also discusses the experience of working in Walt Disney’s Mary Poppins, Warren Beatty’s Dick Tracy, and Chitty Chitty Bang Bang that was produced by the makers of James Bond. He does mention how he convinced Walt Disney to let him play an extra role in Mary Poppins, and how much did he had to pay from his own pocket to ‘Uncle Walt’ for that ‘extra’ character. Interesting, isn’t it?

For those who grew up watching Dick Van Dyke on TV and wondered why he was into singing and dancing, as well as roller skates, well this book covers that aspect as well. After all, who wouldn’t stay into singing and dancing if legends like Frank Sinatra and Fred Astaire respectively appreciated you. That’s not all, he was a close friend of the civil rights movement leader Martin Luther King Jr. and explains how his assassination changed him, and the rest of the country.

Dick Van Dyke was always appreciated for his clean comedy and he explains that it was his upbringing and his principled stand that helped him remain ‘clean’ throughout his career. He said that he never accepted characters that had anything to do with sex, nor did he appreciate intimate scenes that were deliberately written to attract viewers because he wanted his family to watch his shows, and not despise him. It is within these pages he talks about one of his grandchild’s sudden death, and his addiction to alcohol, two incidents that changed his life. The author also mentions how the success of Diagnosis: Murder brought him closer to his children, most of whom worked him in the hit 1990s series.

The pictures in this book show that Dick Van Dyke led a ‘lucky’ life in showbiz and is clearly happiest while relating amusing anecdotes about his boyhood, struggling days, and his collaborators Carl Reiner and Mary Tyler Moore. A few incidents that bring smiles to the readers’ faces are also mentioned within these pages, such as Jerry Lewis’ attempt to distract him while he met the Queen, and what did Her Majesty say about The Dick Van Dyke show. If you are still curious how he got his own show so early in his career, you have to read this book to find out.