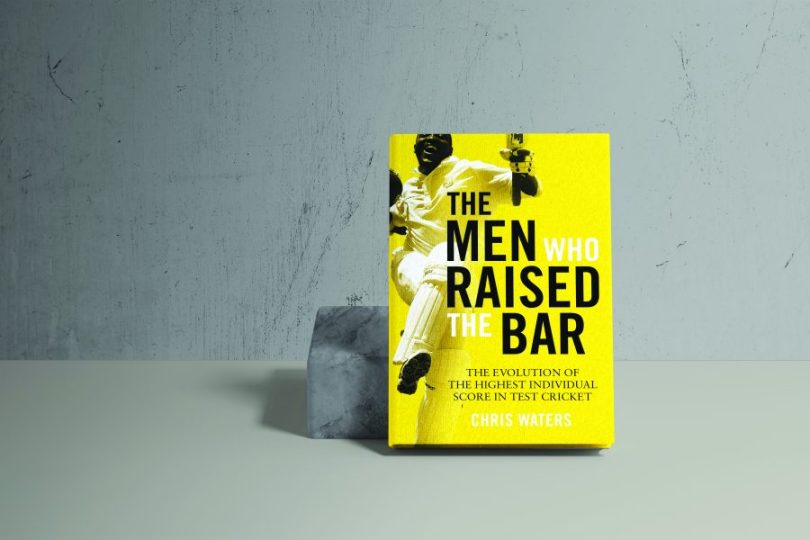 Records are part and parcel of every sport. It is those unforgettable moments that remain in the memory of the fans for years where an athlete rises to the occasion and stamped his authority against the very best.

In cricket, even though it is a team sport, records have another meaning to it because there are so many factors involved in getting to the very top.

Chris Waters’ The Men Who Raised the Bar highlighted the names of those players who took the game to another level. In every assignment, some fail and some succeed but this book is about those who prospered like never before.

It covers everything from the match situation to the players’ mental and physical strength in detail to give the readers something to visualize.

If you didn’t know why the world’s first Test centurion Australia’s Charles Bannerman retired hurt after scoring a century on debut, or what propelled West Indies’ legend Brian Lara towards his 400 not out, get your hands on this book as it has all the answers.

The readers also get to know that the bar, people often referred to as the point of excellence, was set by Bannerman.

He was followed by a lot of people including two Englishmen ‘Tip’ Foster and Andy Sandham before they were dethroned by Sir Don Bradman.

Interestingly, there is one name that features twice in the book — Brian Charles Lara — who lost the record and played long enough to regain it, like a true champion.

Don’t be surprised to find out that Bannerman represented Australia in just three Test matches and couldn’t continue his good form due to an injury attained during the record-breaking innings; or that Billy Murdoch managed to represent both Australia and England; or that Sir Garry Sobers wasn’t even considered a threat when he became the record holder.

This book profiles all those batters who exceeded the expectations of their fans, their teammates, and the opponents to carve their names in the history books.

It also charts the growth of the Test record that has been the target of the world’s best. The book takes the readers down memory lane to a time when cricket was not a professional sport but more of a hobby.

It discusses the evolution of the game in a novel way, through the performance of the batters who scored the most runs in an innings. Not just that, it also explains whether they were able to live up to the expectations which increased with the rise in the number of matches.

If you want to know about the rivalry between Wally Hammond and Don Bradman, or Billy Murdoch and Dr. W G Grace’s friendship, this book is the place to be.

It covers every record-breaking cricketer. Some of them even have their colour photographs from that match printed in their chapters. Those born in the black and white era also get mentioned but their photographs are fewer in numbers.

However, to compensate the lack of pictures, their feat get more or as much coverage in these pages to show the kind of resilience they had back at the time when they hardly had a role model to follow.

Every record is accompanied by that match’s scorecard which is nothing short of memorabilia for a cricket fan. The same can be said of the comments made after that innings by the record-breaker, the commentators, the cricket writers or by historians who wrote about it later. From Sir Neville Cardus to John Woodcock, everyone gets mentioned within these pages, and trust me, their words are nothing short of a guiding light for fans of the game.

Overall, this book is something every cricket enthusiast should have in his collection. The narrative is more like a fairytale than a third-person narration of a cricket match and is filled with anecdotes that are hard to find online. Reading about legends like Sir Donald Bradman, Sir Len Hutton, and Wally Hammond, etc. will boost your cricket knowledge while their stories make a wonderful read. This book draws on their reflections and raises the bar itself, for not one chapter feels unwanted and unwarranted.