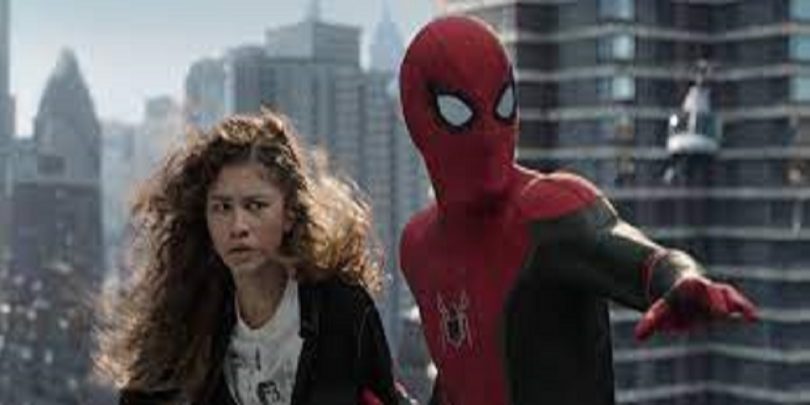 Spider-Man: No Way Home may be the best Spider-Man film ever!

The friendly neighbourhood Spider-Man is back, and this time, he saves the multiverse in Spider-Man: No Way Home. As the title suggests, Spider-Man finds himself in a difficult situation, where he is neither here nor there, yet the fate of the world and the Multiverse rests on his shoulders, because he is responsible for messing up things in the first place.

The story of the latest Spider-Man movie takes place from where Spider-Man: Far from Home left. Everyone knows that Peter Parker (Tom Holland) is Spider-Man and Spider-Man is Peter Parker, thanks to the nosy J. Jonah Jameson (J K Simmons) and a mysterious ‘Mysterio’ video. When his world turns upside down, Peter Parker approaches Dr. Strange (Benedict Cumberbatch) for help and then botches his spell by repeatedly requesting him to make changes. It is that very spell which summons all those who know Spider-Man (from across the Multiverse) instead of making people forget Peter Parker’s secret from his universe.

After the release of its record-breaking trailer, Spider-Man’s next film was expected to be more of an Avenger-kind than a Spider-Man movie. Spider-Man: No Way Home doesn’t disappoint, for it brings back memories from all eight Spider-Man movies from this century, and then upgrades the story in its own unique way. Do the other two Spider-Men (Tobey Maguire, Andrew Garfield) return to fight the bad guys from their universe? Well, that’s something for you to find out because this is a suspense which makes this flick unstoppable.

There are two kinds of fans who were anxious for this film; those who had seen every Spider-Man flick before this one, and those who had no clue that Spider-Man existed before Tom Holland. This film will cater to both the categories, as it has everything for them; from that incredible one-liner delivered by Aunt May (Marisa Tomei) to the moment where the plan clicked, it is made up of moments that you will not find in other Hollywood movies. Why? Because they don’t have the kind of history Spider-Man does, they don’t have the chemistry, and that their connection with the audience is weak.

Why is this film being called the biggest film in the Marvel Cinematic Universe with that ‘botched’ kind of storyline, you might ask? Well, it is not the plot that matters but how Spider-Man deals with the arrival (and departure, of course!) of Green Goblin (Willem Dafoe), Dr. Octopus (Alfred Molina), Electro (Jamie Foxx), Sandman (Thomas Haden Church) and Lizard (Rhys Ifans) that makes this film bigger than any live-action movie from the Spider-Verse. It played its cards correctly and highlighted Spider-Man’s innocence that made him do something impossible, even though his friends didn’t recommend that.

Talking of friends, besides Dr. Strange, this film features Zendaya and Jacob Batalon (as Peter’s girlfriend MJ, and best friend, Ned respectively), who are the reason why Peter decides to approach Dr. Strange in the first place. They play an integral part in the adventure as well, for Ned sort of does something only Dr. Strange is able to do and provides outside help when things go sideways. MJ keeps a cool head even when all seems lost, and along with Aunt May competes for the ‘woman behind the successful man’ category. Every ally here gets the chance to shine, and the actor playing them does it to the best of his or her abilities.

Enough of the good guys, let’s talk about the super-villains who wreak havoc in Parker’s world with their menacing attitude and interesting backstories. Willem Defoe and Alfred Molina stand out as the most notorious of the baddies here, for they outshine the remaining three in every department. As the definitive Green Goblin and Doctor Octopus respectively, they steal the limelight whenever they are in a scene and although they sort of turn over a new leaf for a few minutes, their menacing streak scares both the young and the old viewers.

Yes, they were made to look like their earlier selves from the Sam Raimi Spider-Man trilogy, thanks to the same digital de-aging technology that revived Samuel L Jackson in Captain Marvel, yet the performance these two gave was one of the highlights of the movie. Jamie Foxx had a few lines here and there and even fought gallantly at the climax, but Thomas Haden Church and Rhys Ifans were wasted completely. The film could have done well even if they weren’t in it, but since it was the multiverse, the more villains the merrier!

The moment this movie commences to the final end credit scene, Spider-Man: No Way Home is a joy ride that is not to be missed. It has funny one-liners that confuse the audience at first before they realise that it is linked to a backstory, and brings alive moments from the animated series that no one ever thought of recreating before this installment of the super-hit franchise. And if you like Peter’s tingle in Avengers: Infinity War, you will love it here for it really makes a difference this time around. The look on Tom Holland’s face is priceless when he realises that danger is near, and the same can be said of nearly all the action sequences, where he evolves from a student fighting to save his career to someone who has nothing to lose.

Although director Jon Watts has done a tremendous job by keeping Spider-Man’s legacy alive, however, there are a few things he could have definitely improved. The most disappointing aspect of the film was its 3D technology, which at times wasn’t needed. The action sequences had enough juice in them to give the viewers a jolt, and going for the 3D just dimmed the frame, otherwise, the makers could have saved some money had they kept it simple. Be it in 2D or 3D, Spider-Man: No Way Home is here to stay, and it will definitely disturb other films businesses releasing alongside it until saved by another MCU treat!