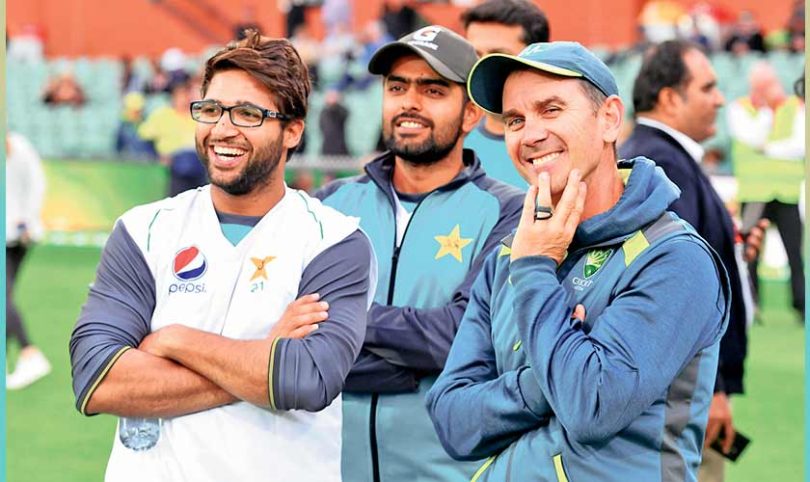 Since 2015, Pakistan has distributed the Test cap amongst 19 cricketers yet played just 38 Test matches during that time

The nightmare tour of Australia may be over but the scars it left will take time to heal. It wasn’t like Pakistan were expected to win against the mighty Australians but they were supposed to try, and perform. Except for Yasir Shah who is not a regular batsman and maybe Haris Sohail who is not a regular bowler, the team seemed to be on a soul-searching trip, because they weren’t playing like a team, or as Test cricketers. Let’s take a look at some of the moments from Tour Down Under the fans would like to forget, but the management must not and try to learn from them.

Fast bowler Imran Khan (not that one!) impressed with his bowling in the side match and ended with five wickets in an innings. That match was a day-night affair with the pink ball, but it seems the coaching staff was busy elsewhere as they didn’t notice the minute detail. They dropped the team’s front line bowler Mohammad Abbas, the only pacer in the squad with over 50 wickets and included Imran Khan in his place, expecting him to make a transition from the pink ball to the red one, and succeed. As expected, he failed at the Gabba but when it came to the Test match with the pink ball, Imran Khan was gone and the bowler who replaced him was the same person he had replaced a week earlier. With no pink ball practice, Mohammad Abbas was doomed to fail which he did and the person who could have made the difference was sitting in the dressing room, wondering what went wrong.

And then there was the strange obsession with teenage fast bowlers; handing them Test Caps when they were yet to prove themselves at the first class level. Mohammad Musa has 17 wickets after 8 first-class matches while Naseem Shah has 28 in the same number of matches. In the hope of finding a Wasim Akram or Waqar Younis, the management threw them in the bull’s arena without safety. How do you expect them to bowl well when the team’s leading bowler is dropped moments before the match to increase the number of Test players from Pakistan? How can they take wickets with the pink ball when their exposure to the red was non-existent and in the case of Musa, the experience of white-ball, horrendous? Since 2015, Pakistan has distributed the Test cap amongst 19 cricketers yet played just 38 Test matches during that time. Australia, on the other hand, have played 55 matches since 2015 and given 17 Test caps that includes the time when they were three players down after the ball tampering scandal. Why am I giving an example of Australia is: we played them last; and the new PCB setup somehow feels their domestic structure is closest to Pakistan’s (they actually believe that!).

Before Pakistan cricket team left for Australia, coach Misbah ul Haq said that the team will play aggressive cricket Down Under. The only batsmen in the team who listened to that press conference was not a regular batsman and scored a century in the second Test. His name was Yasir Shah and he was primarily selected to take wickets, something he failed to do in the Adelaide Test. What he did manage to do was impress with his batting, and show his fellow batsmen that the Aussies were not from a different planet and it was easy to score, if you want to. Mohammad Rizwan also tried to show his batting skills but it seems he has to be more patient (just as the PCB MD Wasim Khan suggested to fans) on the field to excel. As for Yasir Shah’s bowling, he needs to understand the difference between surfaces and learn from the masters so that whenever Pakistan plays Test cricket at some place outside the UAE, he can be useful both with the bat and the ball in his hand.

Any other player with an average of hardly 26 runs per innings after 11 Tests, with a highest of 76 and only as many fifties as zeros would have found himself out of the Pakistan side. But not Imam ul Haq who will stay in the Test squad for reasons only known to those at the helm. Be it his obscene WhatsApp conversation with the female fans, his on-field behavior in the final of Pakistan Super League earlier this year or his comments in press conferences, the chap comes out as an arrogant, self-obsessed character. Add shameless as well, because of his photograph that went viral where he could be seen smiling at the end of the Test match, in which his contribution was two runs, in two innings. How can a person, let alone a forced Test cricketer, be content after ending the year without a fifty? How can a cricketer be smiling after giving a little better performance than a pair in Test? How can someone representing Pakistan stand with the coach of the opposition and crack a joke when his performance is a joke itself? That’s something for Imam ul Haq to answer. For the time being, it seems that coach Misbah ul Haq (no relation) is continuing with the nepotism that his predecessor Inzamam ul Haq (yes relation!) left, with cricket plunging as low as rock bottom.