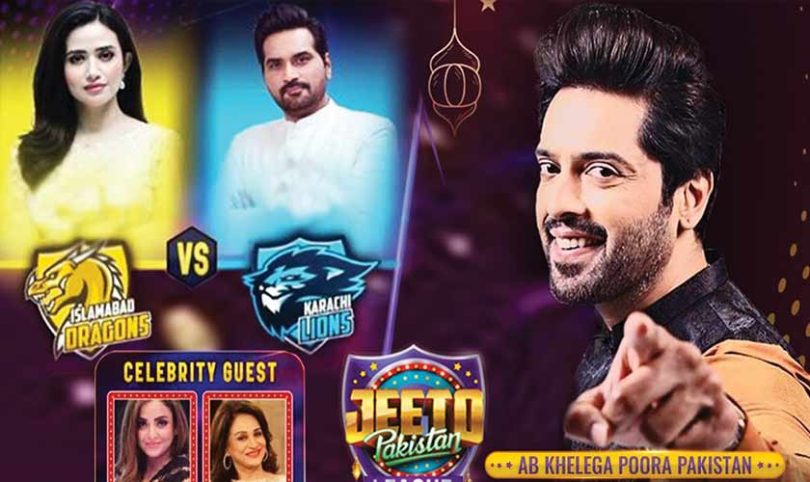 The holy month of Ramazan is here and the Muslim Ummah is fasting, as per the teachings of Islam. Until recently, TV channels used to cash in during Ramazan and come up with sponsored transmissions based on the format of Neelam Ghar, but not its content. Every anchor tried to be like Tariq Aziz but ended up being more like Aamir Liaquat Hussain. These game-shows were attended by a large studio audience, not to learn about the holy month but to win prizes for answering simplistic questions.

Back in the 1990s, the PTV and Shalimar Television Network (STN) tried to outdo each other with Ramazan shows, followed by Eid programming. There were lectures from those who knew about religion and had the personality to inspire others; there were quiz shows featuring youngsters that boosted the audience’s intellect; and there were religious films, long before the advent of Turkish dramas. Thankfully, the programming of 2021 has borrowed a few things from the past, when family entertainment was preferred, and the audience could learn a thing or two from television, instead of just watching others win prizes.

Not very long ago, most channels had Ramazan transmissions that covered everything except the holy month they were minting money from. Most channels had a traditional game show that kept the audience interested because one of the participants could be their relative, one of the winners might be a friend’s friend or some of the activities would be so childish that it looked enjoyable. Every network, major or minor, went for this successful model, but it was eventually replaced by something better – something for the whole family.

This year, every channel tried to beat the competition by coming up with motivational series, thought-provoking dramas and religious shows that would make you want to be a better Muslim. YouTube now makes it easier for audiences to follow their favorite shows. Gone are the days when Ramazan programming stood for game shows; the audience seems to have matured.

National television and the PM’s farsightedness

The PTV is not just the most-watched TV channel in the country it is also the only one that is state-owned. So, when Prime Minister Imran Khan had an epiphany regarding the Turkish TV series Ertugrul last year, he told the PTV authorities to air a dubbed version of the show during Ramazan. The show caught the audience’s attention and reinvigorated their interest in Islamic history, Turkish rulers and the holy wars.

Ertugrul also saved the PTV from embarrassment, since the network was losing in the ratings race for Ramazan transmissions. With the highest-rated Turkish drama on air and their traditional Hamara Ramazan transmission, hosted by Ahsan Khan and Rabia Anum, doing extremely well, the PTV is leading the pack, even though it’s success has more to do with the PM’s vision than their hard work.

Whether it was luck or Abdullah Kadwani and Asad Qureshi’s vision, Geo Entertainment decided to drop its usual Ramazan show and opted for what they do best: TV dramas. They are airing older shows, like Shees Aur Allama, and a dubbed version of Kurulus Osman, the other Turkish drama that became all the rage on Netflix. As a prequel to Ertugrul, it naturally appeals to the same audience as the famous show and, by airing it, the visionaries behind Geo Entertainment have hit the jackpot.

There is also Saima Akram Chaudhry’s romantic drama Ishq Jalebi, which recreates the magic of her former work, Suno Chanda, in its own way. Starring Madiha Imam, Wahaj Ali, Qavi Khan, Noorul Hassan, Hina Bayat, Kashif Mehmood and Irsa Ghazal, the drama is doing well during Ramazan since it is instant family entertainment, with actors we all love to watch any time of the year.

7th Sky Entertainment’s (the same production house that produces Ishq Jalebi) Makafat and Dikhawa are also back; the former is in its third season and the latter in its second. Both these thought-provoking dramas had been major hits when they first aired. Not only do the characters resemble us, but the message that they convey is also something we want in our lives to become better humans.

ARY Digital sticks to a tried and tested formula

It would take a miracle to beat ARY Digital’s Shan-i-Ramazan transmission, now that it has thought-provoking series Sirat-i-Mustaqeem in its pre-iftar transmission. Hosted by Waseem Badami and Iqrar ul Hasan (formerly hosted by the late Junaid Jamshed), this transmission is closer to the old PTV days than any other. It has segments for children, adults and students, who get to participate in quiz shows. Renowned celebrities appear on the programme and talk about their first roza, their experience of fasting abroad and things that you don’t usually get to see them talking about. The show also raises money and resources for those in need.

And then there is the Jeeto Pakistan League, which has molded itself into a two-hour entertainment segment since Covid-19 took over. Hosted by audience-favorite Fahad Mustafa, the show features the most likable celebrities as ‘captains’ and the audience as ‘players’. It is a lighthearted programme that takes your mind off everything after a long day. The segments might not have anything to do with Ramazan, but at least the host doesn’t run after girls, dance like a snake, make weird gestures or shame guests – just because he has the microphone. On the other contrary, Fahad Mustafa makes the audience feel wanted and treats them like guests. That’s why Jeeto Pakistan has been a success in non-Ramazan days, and that’s why Jeeto Pakistan League is a hit during the holy month.

HUM TV remains closer to PTV ethics than PTV itself

Finally, let’s talk about the channel that didn’t go the game show route even when the genre was in vogue. Hum TV kickstarted the Ramazan drama-fever a decade ago with Chaand Peh Dastak and remains closer to the traditional values and PTV ethics that even the PTV. It remains a family-oriented channel, despite being in its sixteenth year of programming. It is the channel that brought Ramazan dramas back in the mix with Suno Chanda in 2018 and Suno Chanda 2 in 2019, and is following the same formula this year as well. Hum TV has not one but two dramas airing during Ramazan: Chupkay Chupkay, and Tanaa Banaa. While the former was under production since last year, when Covid-19 hit the entertainment industry hard, the latter was produced recently and is doing well.

Chupkay Chupkay, written by Saima Akram Chaudhry (of Suno Chanda fame) and directed by Danish Nawaz, features an ensemble cast that will make you want to watch it. It has Osman Khalid Butt, who has been doing comedy after a long time, Ayeza Khan, in a role that breaks from her Meray Paas Tum Ho persona, Farhan Ally Agha, Mira Sethi, Asma Abbas, Ali Safina and Qavi Khan. It features a few newcomers, including Arslan Naseer (of Comics by Arslan) and Aymen Saleem. The story is about two families who are related but don’t get along. How they manage to come together is what makes this drama interesting.

There is another family drama featuring Daniyal Zafar in his first acting role on TV, with Alizeh Shah as his love interest, and starring Hasan Noman, Aamir Qureshi, Komal Rizvi, Javeria Abbasi and Ismat Zaidi, to name a few. Written by Hassan Imam and directed by Saife Hasan, this romantic comedy also deals with a young couple in love, who face difficulties because the girl wants the boy to follow rules, rather than live his live-and-let-live motto. Her rules make the drama all the more interesting and take you back to a time when PTV dramas had memorable characters and funny situations and, above all, united the family.