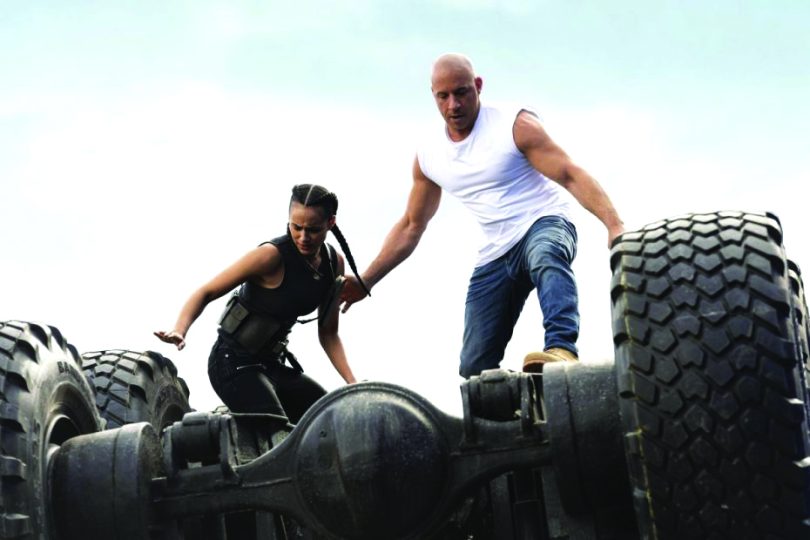 With the release of Spider-Man: No Way Home, cinemas in Pakistan were able to stage a comeback after a closure of more than one year. The film crossed Rs. 200 million milestone in just 10 days, and if its run continues, it might go on to become the highest-grossing Hollywood movie in the country.

However, its predecessors – the ninth installment of the Fast and Furious series and the 25th James Bond flick – weren’t that lucky, and neither was the fourth edition The Matrix that was released a week after Spider-Man. Neither film was able to do any kind of business in the county and there are various reasons for that. In fact, James Bond barely survived one week, and is hardly available in theaters after New Year and same can be said for The Matrix Resurrections. Why did the three franchises that have usually performed well in Pakistan couldn’t repeat their performance at the box office, is a million-dollar question, and we will try to answer it in three simple steps.

A late release didn’t help either Dom or Bond!

Had the distributors who imported these films, and the cinema owners who screened them been smart, these films would have helped cinema revive long before Spider-Man: No Way Home was released. When you compile the list of most successful films at the box office in Pakistan, three out of the nine Fast and Furious films will feature in the top 10. Bond series might not have been as successful as the Fast franchise, but they have a connection with the audience that dates back to the 1960s.

That’s why both the films would have done well had they been released sooner. When F9 was released worldwide on June 25, cinemas were closed in Pakistan due to the pandemic. But it could have been released when the cinemas did open nearly four months back, instead of December, but the distributors waited for the audience to return to cinemas instead of bringing them to the cinemas with what was a golden egg in their possession.

That’s where they erred because between June and December, people saw the film in every way they could; from downloading the film from torrents (illegally) to purchasing the movie on DVDs, F9 was out there for six months. Neither the distributors nor the cinema owners announced that the film would be coming to cinemas soon, a practice that is followed across the world, and when most of the cine-goers had watched the film in the comfort of their home, only then it was announced that it would hit the screens.

That was too late for a film that could have brought in the audience without doing much; the same thing happened with No Time To Die which was released worldwide in October but came to the cinemas in Pakistan one week before Spider-Man: No Way Home on December 10. That decision alone cost the film for most of the people saw the film in cinemas across the world (as traveling was allowed), and when Agent 007 entered Pakistani cinema, he was either too late to save himself, or the franchise.

Those who had not seen the movie knew the spoilers from either those who had seen the movie or from Twitter accounts that love spoiling films for others, and that’s why many decided to stay away. The surprise element that helped Spider-Man: No Way Home become a box-office sensation could have saved these two movies in Pakistan, but since they were late to the stop, they missed the bus!

One fails to understand why the makers of The Matrix Resurrections didn’t delay their film internationally, for such a decision might have benefitted the film and the franchise. Instead, they chose to take Spider-Man: No Way Home head-on, and the result wasn’t mush different from the villains in the MCU flick. One week after its release in Pakistan, cinema owners have reduced the shows of The Matrix Resurrections to accommodate for the rush that wants to meet the friendly neigbourhood Spider-Man. The simultaneous digital release and the negative reviews did the rest of the damage.

Until and unless the ticket prices are reduced in Pakistan, and cinema is made accessible to all instead of the elite, the industry will not revive or survive. In a country where a Netflix account costs less than a 3D film ticket (it cost Rs.1000 in one of the cineplexes), going to the cinema will soon become a luxury instead of a pastime. It’s true that the pandemic hit the cinema industry badly and they need to recover too, but the same happened to the rest of the industries. People who used to keep money aside for a cinema trip now have other things to worry about; it is not just the cinema ticket that has increased but also the prices of electricity, petrol, gas, and household items.

So, until the cinema management realises that they have to attract people by decreasing their ticket prices, the number of people visiting cinemas will continue to decrease. Ticket prices aside, the refreshments available in the cinema are also very expensive and while you could get Rs. 1200 worth of nachos for an entire family from your local supermarket, you will get one serving of the same in your neighbourhood cinema. Don’t be surprised that in the coming days, people will cut down their cinema visits and make plans on a monthly or quarterly basis, instead of every week, ultimately coining the phrase ‘greed killed traditional cinema.’

And finally, something about the marketing strategy of international films, something James Bond and Dominic Toretto could have benefitted from. Not many people knew that cinemas had opened in Pakistan when these films were finally released. Cinema owners must realise that social media shouldn’t be the only platform for marketing, since not everyone has an access to social media in Pakistan. And even if we assume that everyone uses social media, then it is unlikely that everyone who is interested in cinema would be following your account. Traditional methods such as advertising on TV, digital platforms including YouTube, and using banners on important roads would surely make people aware that cinema is open, and ‘so and so’ film is waiting for them. If that’s not done sooner, others might take the lead and divert the remaining cine-goers to their platforms by playing smart, than being overconfident.