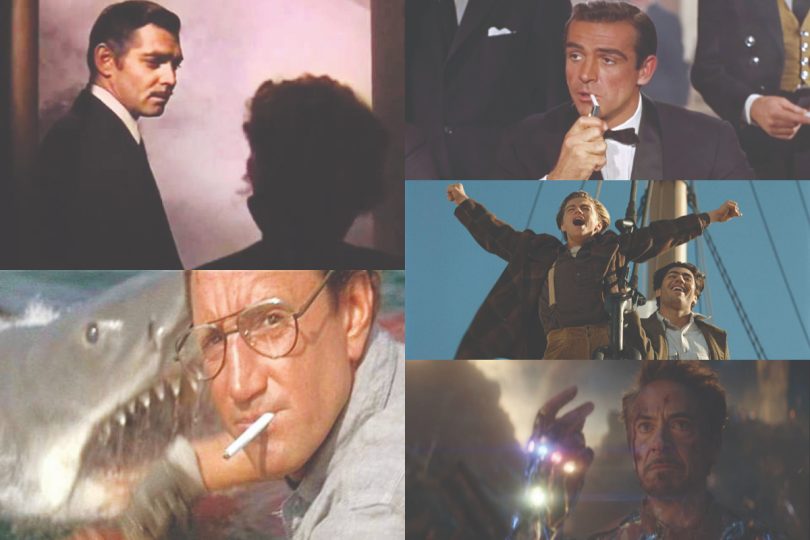 If you thought that ‘To infinity and beyond’ was a classic film quote, then ‘you’re gonna need a bigger boat!’

Ever since the first ‘talkie’ was released in Hollywood in 1928, filmmakers have been trying to attract the audience through breathtaking action sequences, sizzling romantic scenes and mindboggling stories. However, one factor that has been common in making films famous has been the quotes that have the tendency to become part of pop culture, after they attain cult classic status.

With the release of Lightyear, which explains the evolution of ‘to infinity and beyond’, we decided to explore the evolution of movie quotes that have stuck in the audience’s mind. Some of them have been used in ‘other’ films as well, while some continue to be famous for their freshness and ability to stay relevant. These movie quotes are now known to all those Hollywood fanatics who live, watch, and breathe films, and some of them might even intrigue you to watch the film they were part of. Read on:

From 1928 till 1969, the filmmaking business was in its infancy stage; first, there were the black and white films, followed by the ‘selected’ coloured films that later pushed black and white aside. Then there came the technological advances that saw directors attempt at every genre possible, including action, drama, thriller, sci-fi, and romance. But before the 1970s, the most popular film quotes were those that resonated with the audience and not the changing times. Clark Gable’s “Frankly, my dear, I don’t give a damn.” from Gone with the Wind remains the most memorable quote of all time because of its perfect timing in the film, and ability to be used anywhere, anytime. Orson Welles’ Citizen Kane made “Rosebud” so popular that it was even used in an episode of the detective series Columbo as a ‘murder weapon’.

Similarly, “There’s no place like home.” from The Wizard of Oz and ‘Play it, Sam. Play ‘As Time goes By.’ from Casablanca have their own fan base because they represent the 1930s and the 1940s well. Marlon Brando’s “I coulda had class. I coulda been a contender.” from On the Waterfront used to be every loser’s line who blamed others for their failures, while Humphrey Bogart’s “The stuff that dreams are made of.” from The Maltese Falcon represents all those things that are too good to be true.

As the world grew accustomed to films, the quotes became shorter, and if “Bond, James Bond.” from Dr. No and “They call me Mister Tibbs.” from In the Heat of the Night survive after 50 years, it’s because Sean Connery and Sydney Poitier gave these quotes all they had so that they could remain popular even after their deaths six decades later.

The Swinging 70s to the Electrifying 80s

Everything changed in the 1970s, the decade that saw the dawn of a new beginning. Earthlings were able to reach the moon, the United States was on its way to recovering from the assassinations of John F. Kennedy  and Martin Luther King Jr., and technology was taking over. On the entertainment front, Westerns were being replaced by cop films, sci-fi flicks, and action films where anything was possible. Even then, it was Marlon Brando who kicked the 70s with “I’m going to make him an offer he can’t refuse.” from Godfather, where he laid down the template of ‘how to play a gangster’. Clint Eastwood wasn’t far behind with his own template of Angry Young Cop in Dirty Harry where his “I know what you are thinking.’ dialogue became so iconic that people still quote it, be it in Jim Carrey’s The Mask or Shah Rukh Khan’s Duplicate. Steven Spielberg’s Jaws made the audience scream before Roy Scheider’s character discovers the shark and tells his boat mates that “You’re gonna need a bigger boat.”

Old school action films in the 70s and the 80s saw the protagonist ask questions like “You talkin’ to me?” as Robert De Niro did in Taxi Driver, exclaim “Say hello to my little friend!” like Al Pacino in Scarface or invite bad guys to try, in Clint Eastwood’s signature style, “Go ahead, make my day.”, a line that was first used in Sudden Impact but later used by President Ronald Regan in his re-election campaign, which he won.

On the other hand, there were sci-fi flicks that merged science and dialogs so well that nobody dared to forget them. After all, who in his right mind would not cheer at Star Wars classic line “May the Force be with you.” or Arnold Schwarzenegger’s “I’ll be back.” from The Terminator series that debuted in the 1980s. Similarly, Christopher Lloyd’s “Roads? Where we’re going, we don’t need roads.” from Back to the Future is still relevant despite the audience flying past 2015, the year in which he showed us that we will be driving around in flying cars!

And then there was Tom Cruise and Anthony Edwards’ “I feel the need. The need for speed!” from Top Gun the sequel of which is one of the highest grossing films 36 years later in 2022! If you still want to go down memory lane, think of Danny Glover who was just 41 years old when he told his character Roger Murtaugh in Lethal Weapon that ‘I’m too old for this shit!’

Although the United States was involved in the Gulf War in the 1990s, the filmmakers kept the audience busy by delivering films that catered to their varied tastes. Carrying on from the 1980s, they kept the tradition of giving memorable one-liners like Arnold Schwarzenegger’s “Come with me if you want to live.” and “Hasta la vista, Baby!” from Terminator 2: Judgment Day or Jack Nicholson’s “You can’t handle the truth!” from A Few Good Men, when he was asked whether his character gave orders to kill a soldier in his command.

Tom Hanks wasn’t far behind as the low-IQ Forrest Gump who delivered memorable quotes led by “Mama Always Said, Life Was Like a Box of Chocolates. You Never Know What You’re Gonna Get.’” whereas Tom Cruise continued his box office run with Jerry Maguire by shouting “Show me the money!” at the top of his lungs. No one, however, can match the longevity of Leonardo DiCaprio’s cry “I’m the king of the world!” in Titanic or Jack Nicholson’s “You make me want to be a better man.” from As Good as It Gets.

Had the meme factory been active at the end of the previous century, Hugo Weaving’s “Hello Mr. Anderson.” from The Matrix might have been the most famous line to be made into a meme, but then, the same could be said about “I see dead people.” from The Sixth Sense which made the audience aware of what they now know as the ‘twist in the tale.’

Even the arrival of the new millennium wasn’t able to stop Hollywood from delivering memorable quotes that are still being used in films, TV shows or in real life. It was great to see a new variation of “With great powers come great responsibility.” from the first Spider-Man into the latest Spider-Man: No Way Home while the line “I am Iron Man.” which kick-started the Marvel Cinematic Universe is what saved the world in Avengers: Endgame more than a decade later. Similarly, Captain America’s “I could do this all day.” from Captain America: The First Avenger to Captain America: Civil War and Avengers: Endgame remains one of the most popular quotes to this day because it connected with the audience in such a way that no other dialogue did.

Heath Ledger may have died before the release of The Dark Knight but his “Why so serious?” keeps his legacy alive because of the way it was delivered back in the day. And finally, something about a threat, that still gives goosebumps to bad guys all over the world, because Liam Neeson’s Angry Old Man in Taken delivered it so convincingly that no one wants to end up on his bad side.

All he did was tell the villain – over the phone – that he should consider leaving his daughter alone, but since they didn’t listen to him seriously, he had to tell them this: “If you let my daughter go now, that’ll be the end of it. I will not look for you, I will not pursue you. But if you don’t, I will look for you, I will find you, and I will kill you.” And he killed the competition with this line, in such a way that Taken spawned two sequels and many inspired versions where the protagonist tries to threaten the kidnappers, but no one comes close to ‘Mr. Neeson, Liam Neeson!’