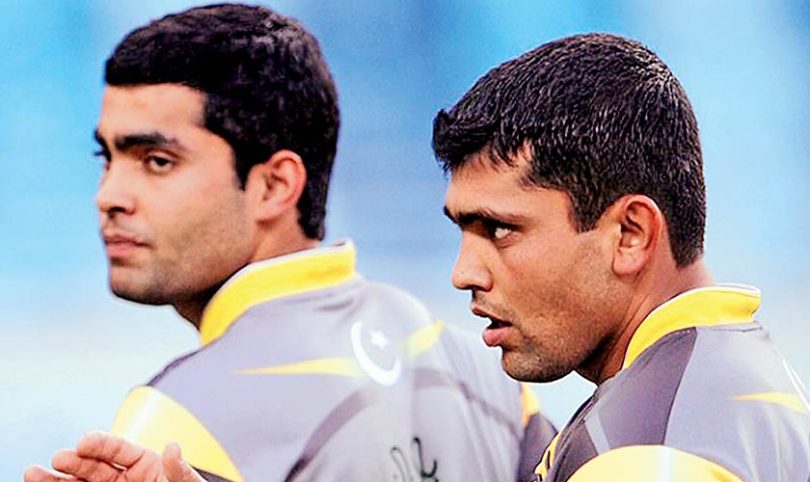 Not only did they miss the road to stardom, they still don’t know that whatever they did was wrong

We have spoken of the best performers, the unlucky cricketers as well as the long-serving ones, but no one talks about those who failed to help themselves. Not only did they miss the road to stardom, they still don’t know that whatever they did was wrong, in any way. These players’ name are written down as Losers and the less they make themselves public, the better. They are the ones no one should try to emulate because their accomplishments are nothing compared to what they did to themselves. Read on:

Special Feature: Coming up with a shocked face after the act

When he made his international debut for Pakistan, he had everything going for him. He could bat, was good behind the stumps and delivered when the chips were down. Then suddenly he started losing it, so much so that by the start of 2010, he was dropping catches regularly. Ask Danish Kaneria and Shoaib Akhtar, they would have had more wickets in their careers had Kami not been the keeper. It was when he dropped Ross Taylor twice in World Cup 2011 that people started raising questions and after a gap of a few years, we finally had Sarfraz Ahmed who was everything Kamran Akmal could have been.

Special Feature: Making even a worse face than the elder brother

The reason why Sarfraz Ahmed’s slot to the top was delayed was that Umar Akmal convinced the management that he could keep wickets and bat. He was able to do neither but stayed around because of one performance here, another there until it was too much even for his supporters. He still feels that given the chance at the right spot against the right team at the right time, he would click and make the world forget Virat Kohli, who is in his opinion just another batsman who is glorified for no reason.

Special Feature: Believing himself to be better than Virat Kohli

Talking of Virat Kohli brings us to his Chinese version, produced in Pakistan — Ahmed Shehzad. For so long, Ahmed Shehzad duped the Cricket fans into believing that he was an answer to their prayers regarding a quality opening batsman who could shock the opposition but nine times out of ten, he ended up in shock himself. It was only after he was kicked out of the final XI that Pakistan managed to win the ICC Champions Trophy, which wouldn’t have been possible in his presence. He still wants to make a comeback.

Superpower: Stupid with a Capital S

Special Feature: Making mistakes after mistakes without learning anything

And if there was an award for the most stupid Cricketer, I am sure that would have gone to Mohammad Asif, the pacer who could have been the greatest. When he made his debut, people were comparing him to the best in the business yet he first ended up fighting a senior Cricketer ahead of the inaugural World T20, then was found with drugs at the Dubai Airport, also failed his blood test in between before finally selling his country through Spot Fixing. How stupid can one be!

Superpower: The man who thought he knew too much

Special Feature: A Sherlock Holmes in the world of less intelligent Dr Watsons

For Salman Butt, Pakistan Cricket team was a hunting ground; he made a place for himself and waited. No amount of juggling dropped catches, sudden dismissals and running out partners were able to prepare us for what was about to come, because in his mind he was many steps ahead of others. That’s why when his world as well as Pakistan Cricket crumbled down during the England Tour of 2010. Everyone pointed fingers at the young Captain who had achieved a lot during his career. Not only did he convince Mohammad Asif and Mohammad Amir to go along and bowl no-balls for the sake of some money but denied the action for a long time, until Mohammad Amir admitted it. When he was released from prison, he looked like an old man who had lived his life, yet still continues to give expert opinion on TV, the last space where he should be after what he did.