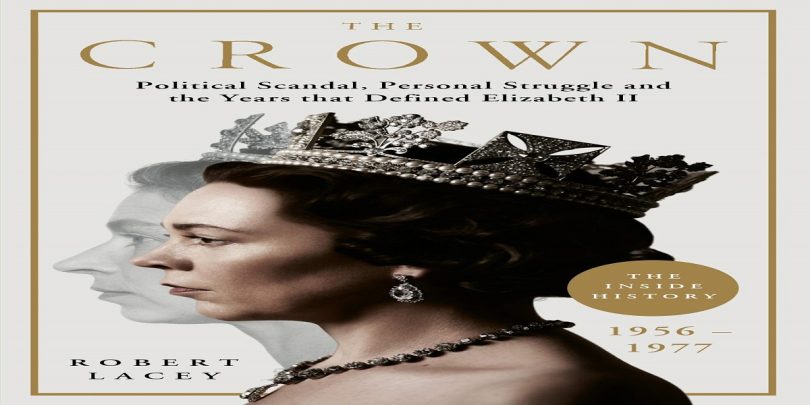 Karachi: What’s the quickest way to know about Queen Elizabeth’s reign? Watch Netflix’s series The Crown. But do you know what’s the best way to know about the inside history of the British monarch and her career as a queen? Read Robert Lacey’s The Crown – The Inside History, the first volume of which deals with the initial 8 years of Queen Elizabeth’s reign, and how she tackled both personal and monarchal issues.

What makes this Robert Lacey book a must-read is its ability to capture the readers’ imagination; and also clear the many misconceptions that arose after the first season of The Crown was aired. It also explains some of the events that took place during the first ten episodes, that led to the resignation of Winston Churchill as Prime Minister, and Princess Margaret’s decision of choosing duty over love to name a few.

Although many British historians have lambasted The Crown for its approach towards the Windsor Family, this book sort of compliments the series in many ways. From featuring additional historical background, exclusive images as well as an in-depth exploration of the early years of Elizabeth II’s time as Queen, it also takes a look at the events that actually led to Lilibet’s ascent to the throne. And when you are talking of the throne, you can’t miss the only king to abdicate in the last 100 years, or the struggle Elizabeth’s father had to face while addressing the public, etc.

It wouldn’t be incorrect to say that the first thirty years of Queen Elizabeth’s life were portrayed in the best possible manner in the first season of The Crown, and this book does justice to that execution through extensive research, adding valid material, and by comparing exclusive old and beautifully reproduced new images. At times the readers are left stunned seeing the similarities of two photos, one from the original archives, and the other from the show. Even if you consider yourself an expert of the British Royal Family – which most of The Crown enthusiasts do – this book will add to your knowledge one thing or the other that you either didn’t know or knew but didn’t believe.

Each episode of the show is given a complete chapter in this book, making it easy for those who have binge-watched the show, and encouraging those who haven’t. While the show recreates the glorious past, the book takes you back in time and explains where the show might have gotten it wrong, used creative license, or even gone completely wrong. While the book is about the lead characters, the supporting ones including Jared Harris as King George VI, Alex Jennings as King Edward VIII, Vanessa Kirby as Princess Margaret, also get their own full-page in this book, explaining their importance to the monarchy.

Don’t be surprised to read about the ‘doctor’ who treated most of the members of the Royal Family, the secretaries who kept them aware of their duties, and those non-family members who helped the monarchy stay afloat because this extremely authentic book leaves no stone unturned. It shows why Lord Mountbatten always didn’t have his way despite being close to both the Duke of Windsor and Prince Charles; it explains why Peter Townsend had to leave Margaret when the Prime Minister himself was a remarried man; and how the King who never wore the Crown must have watched the first-ever Coronation Ceremony to be televised, live!

The text is simple and to the point, and doesn’t beat around the bush like a biography, or autobiography. It paints the recently departed Prince Philip in a different color and makes many of his haters sympathize with him. It also highlights the dilemma of Queen Elizabeth, the Queen Mother who was married to someone who was never supposed to be the King, yet she did a fabulous job when the situation demanded. However, it doesn’t do much justice to Wallis Simpson, who was shown as the villain from the start, when in fact her story could have been explored as well.

Dramatized by Peter Morgan, The Crown has currently aired four seasons and will be airing the fifth one soon, and if that doesn’t give Peter Morgan the right to write the foreword, I don’t know what does. Not only has the series humanized the monarchs, it has helped the public relate to the rulers who might look like the elite, but have the same problems as most of their pupils.

Stills from the show being in color and the original photographs in black and white don’t dampen the book’s greatness, for it makes the readers appreciate the efforts, both the series and the book. The presence of the original press release or news clippings, some never before seen images as well as never acknowledged incidents is what keeps the readers’ interest alive from the first page till the last. Had it been written by someone who had no clue about the British family, one might have sided with the producers of the series, but since Robert Lacey is the royal biographer as well as the show’s historical consultant, it doesn’t get any better.