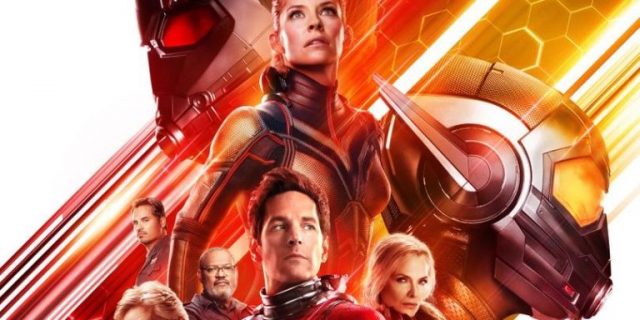 They may be small but Ant-Man and The Wasp are as big a threat to bad guys as any other Marvel superheroes. In the sequel to Ant-Man, they share the title, the action sequences and the credits when it comes to bringing back the original Wasp who went missing in the Quantum realm 30 years…

They may be small but Ant-Man and The Wasp are as big a threat to bad guys as any other Marvel superheroes. In the sequel to Ant-Man, they share the title, the action sequences and the credits when it comes to bringing back the original Wasp who went missing in the Quantum realm 30 years back. The film’s humour, the dubsmash scenes, the miniature-to-maximize action sequences are all back in a bigger, better and more believable manner. And then there is the answer to why Ant-Man was missing during Infinity War!

Scott Lang (Paul Rudd) is near the end of his two-year house arrest when one day he has the vision of Hank Pym’s wife Janet (Michelle Pfeiffer) who has been missing for the last 30 years. Hank (Michael Douglas) and his daughter Hope (Evangeline Lilly) kidnap Scott in an attempt to bring back Janet but things go wrong when Ghost (Hannah John-Kamen) arrives on the scene and runs away with their moveable lab and devices. Will Scott be able to complete his house arrest and be a free man or will he jeopardize everything to join hands with Wasp and bring the original Janet back from quantum realm … that’s what will keep the audience involved in the film.

The action sequences where Ant-Man and The Wasp go from small to big, or from big to small are too good since they are executed perfectly and give the audience something new, something original and something they were least expecting. Then there are Michael Pena’s scenes where he comes, he speaks and steals the show; the best part is that the pace of the film doesn’t suffer because of these comic moments shared between Michael Pena, Paul Rudd and other characters. Everything is taking place in the deadline-oriented world which keeps the audience on the edge of their seats; be it the rescue of Janet, the freedom of Scott or the ‘jailbreak’ of Hank and Hope. Paul Rudd is perfect in the role of a superhero although when the final season of Friends was aired a decade back, not even Rudd would have believed had he been told that he would be part of the Marvel Cinematic Universe in coming years. It was also good to see Michelle Pfeiffer and Michael Douglas look young again (thanks to CGI) in what can be termed as the most shocking scene of the movie. The two actors haven’t lost their charm and prove that age is just a number when it comes to being an Avenger!

There is a fight sequence in the film where Evangeline Lilly’s Wasp battle with Hannah John-Kamen’s Ghost for a piece of tech – that sequence is amazingly executed with one character changing sizes and the other fazing through objects. But afterwards, the two hardly have the screen presence which is a little awkward considering she shares the title! Yes, Lilly’s character has many scenes in which she gets a chance to show her skills but it doesn’t have the same impact as Paul Rudd’s and maybe that’s why his name appears first. One hopes that in the next flick, she will have a bigger role and the plot will move around her so as to add a new dimension to the direction in which the franchise is moving. Then there is Laurence Fishburne’s character that could have been used in a better way, because he is Laurence Fishburne and his being in the Marvel Universe is something huge, and something that only Matrix fans would understand.

Ant-Man and the Wasp might not be the best Marvel flick to date but it is cleverly placed after Infinity War where nearly every one disintegrated after fighting Thanos at the climax. One of the post-credit scenes explains the reasons why Scott Lang was missing in action during the biggest battle on Earth and one hopes that his disappearance is resolved before the next Avengers movie. It is the perfect blend of comedy, action, thrill and suspense and you must not miss it because a) it’s a Marvel flick and b) it proves that being small isn’t always a bad thing!