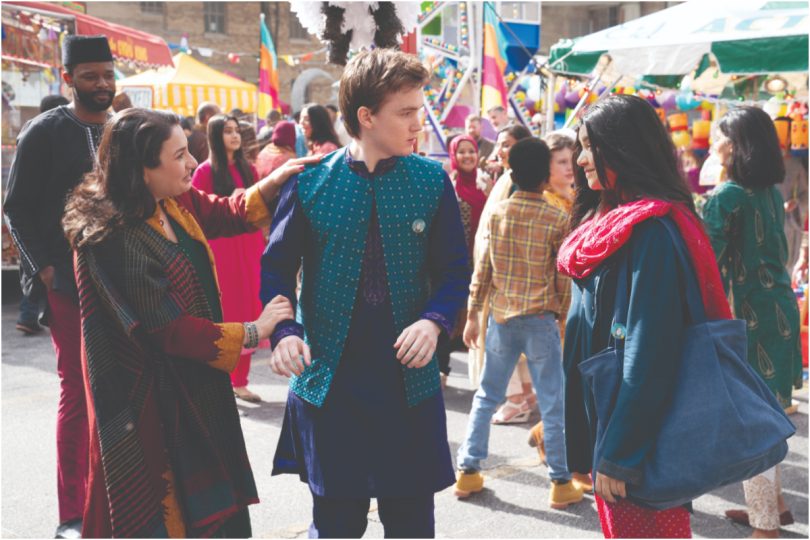 The superhero series on Disney + will go down in history as the first ever to represent Muslims accurately!

Disney + has become the home of the Marvel Cinematic Universe (MCU) ever since WandaVision was aired  in 2021. Since then, it has been keeping Marvel fans busy with one series after another, and while WandaVision, and Hawkeye may not return for a second season, the others would because of their interesting storyline, characters, and ability to grab the audience’s attention. Ms. Marvel is more than likely to come back to the screens, both in films, and TV, because its first season went well, especially in the South Asian region, which was represented for the first time in the MCU.

What makes Ms. Marvel different from all the other Marvel series (except maybe Agents of S.H.I.E.L.D.) is the fact that it introduces a new character as well as an actor in the MCU. You might say Moon Knight before moving ahead but it had Oscar Isaac in the lead, who has been here, there, and everywhere. In Ms. Marvel, a young actress plays the title character and shines in this coming-of-age story, where she saves her friends, meets her ancestors and discovers new things about herself, that was previously unknown to her.

Also, it is the first Marvel series to feature actors from India and Pakistan for characters based on a Pakistani family. Before this venture, only Karachi-born Kumail Nanjiani had made a Marvel debut (as a superhero, in The Eternals) but after this series, many Pakistan and Indian actors are now part of the MCU, through Kamala Khan, of course. Iman Vellani who plays the title character also becomes the first Muslim superhero in the MCU, and just like Black Panther who represented African Americans, Iman represents brown people from Asia.

When a sixteen-year-old American girl of Pakistani descent, Kamala Khan (Iman Vellani) wears her grandmother’s bangles, she is granted superpowers, after which she tries to save the world just like her idol Captain Marvel. However, first, she has to learn to be a superhero, then control her powers and finally juggle between her life as a superhero and as a normal teenager. The Clandestines (led by Nimra Bucha) want to use the magical bangle for their own gain, but are defeated whenever they are close to winning the battle, thanks to the Red Daggers (led by Farhan Akhtar). When she finally masters her powers, she becomes Ms. Marvel and sets on a journey to greatness.

Will Kamala’s family – parents Muneeba and Yusuf (Zenobia Shroff and Mohan Kapur) and her friends Bruno and Nakia (Matt Lintz and Yasmeen Fletcher) – accept her as a superhero and help her go places or will she have to bow down to the bad guys who murdered her great grandmother Ayesha (Mehwish Hayat) when they couldn’t find the magic bangle back in 1947, watch Ms. Marvel for all the answers. 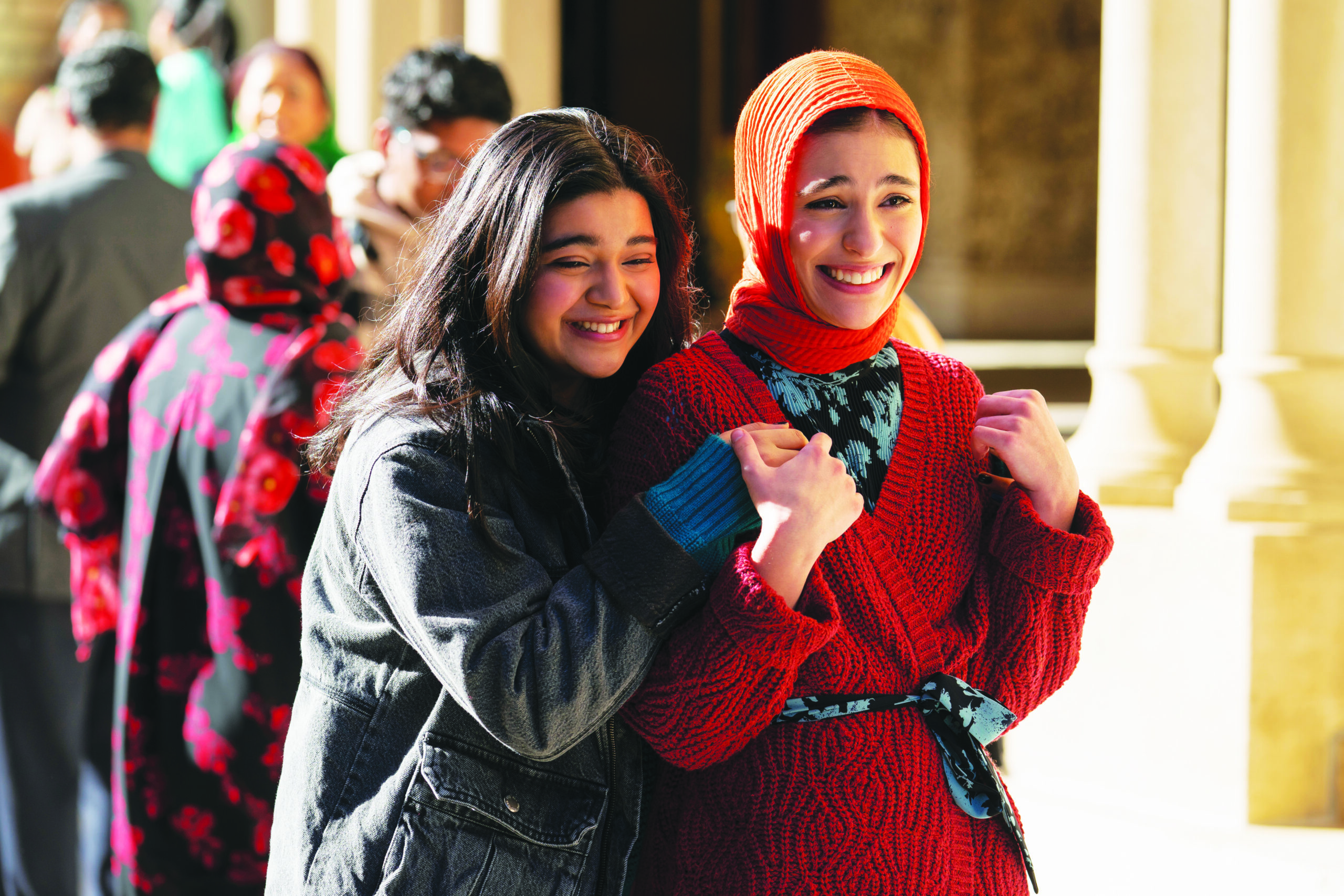 Ms. Marvel will have the same special place in every Avengers fan that Black Panther has, while the Disney + series represents the Muslim population around the world, Black Panther gave the African Americans the representation they waited for. Add to that some brilliant visual effects and action sequences and the viewers had the taste of something they had never seen before. Since the 1980s, Muslims have been presented in films as backward, bad guys who want to destroy America for some reason or the other. That mindset will definitely change with Ms. Marvel, which is a coming-of-age story of a high-school student whose parents might be from Pakistan, but who is 100% American.

Since the story takes place in the same universe as Peter Parker (of Spider-Man fame!), Ms. Marvel is likely to take more or less the same path as the webbed guy. Before she teams up with him (trust me, she will team up with him), she will have to perfect her powers and find new allies who can teach her the tricks of the trade. Some might try to use her while some will save her, and for that the Disney + folks will need new actors from India and preferably from Pakistan, opening a new horizon for the many talented folks in the country. After all, Fawad Khan and Mehwish Hayat as parents of the character that grew up to be Samina Ahmed did a fabulous job in the series, and the same can be said of Nimra Bucha, who appeared in all but two episodes.

Directors Adil and Bilall (Bad Boys for Life) and Sharmeen Obaid-Chinoy must also be commended for their impressive work behind the camera. The way these Muslim directors improved Muslim representation in Hollywood and infused popular Pakistani songs– including Ahmed Rushdi’s Ko Ko Ko Rina and Coke Studio hits from the latest season – is nothing short of brilliant. If Hollywood changes its stance on Muslims from now on, it will be due to their positive representation through this series.

Not everything that starts with a bang necessarily ends with one; the viewers especially from Pakistan didn’t agree with what Nani (Samina Ahmed) had to say about the creation of Pakistan. First of all, the word Pakistani use for what happened on August 14, 1947 is ‘Independence’ because they gained it. The word ‘Partition’ is used by Indians and the British because from their point of view, the country was divided into two – India and Pakistan.

Then there was the issue with the Clandestines who were underutilized; they could find the secret lair of the Red Daggers within seven minutes, but not the house of Ayesha’s daughter for over seventy years, which seems strange. Also, three love interests seemed too much to digest for a superhero and only one – Kamran – would have been fine. The addition of Kareem (Aramis Knight) after Bruno (Matt Lintz) gave the show an ‘Archies’ touch.

Finally, the way the federal agents ransacked the mosque twice seemed humiliating since they wore boots at a place of worship. On the second visit, they could have shown a little compassion, since they knew what they were doing was wrong. Also, some people have issues with the ‘Karachi’ shown in the series, because the interior scenes weren’t shot in Karachi but elsewhere. Yes, there were some outdoor shots of Karachi in the episodes where Kamala Khan visits her Nani, but they were inserted to make it as if she was in Karachi.

Ms. Marvel not only gives Kamala Khan a chance to discover her roots but also a secret identity through which she can use her powers for good. The first season of the series revolved around the origin story that was followed by the coming-of-age part, whereas it seems that the second season will deal with bigger issues. Now that Ms. Marvel is a certified saviour of New Jersey; it will be hard for DODC agents to locate her or even apprehend her for being a superhero.

How will the characters of Kamala and Ms. Marvel grow, which Pakistani actors will appear in which characters, and which Pakistani songs will appear in the MCU is what matters most to the viewers at the moment. Who doesn’t love a superhero they could relate to, Ms. Marvel used that to connect with every other Muslim viewer, no matter where he or she was in the world.

They were not only happy to see a superhero that shared their roots, had similar parents as well as the same colour of skin but also the same issues. With Kamran and Kareem now on the same side, the next season could be a roller coaster ride both emotionally and super heroically for Ms. Marvel. Let’s see when and how she returns to TV because before the second season, she will be lending a hand to Captain Marvel, in The Marvels. -Ends