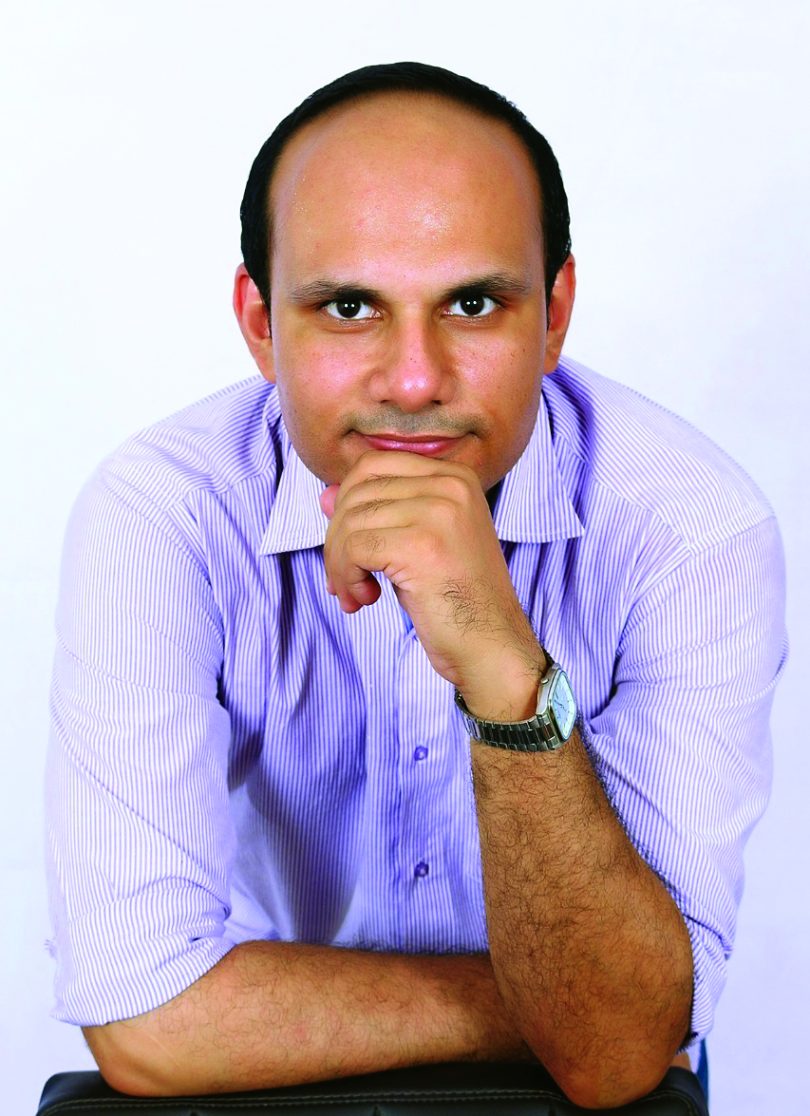 ‘Divided Species’ is just the beginning, says the author who brought aliens to Pakistan

Pakistan has produced a lot of fiction writers who have won over readers across the globe with their writing styles, their closer-to-reality plots, and their ability to give a third-world perspective. However, Omar Iftikhar’s Divided Species has gone where no fiction writer from this part of the world has gone before and brought aliens to Pakistan. His novel came out last year and has done well despite being released during Covid-19. BOLD got a chance to talk to the author and discuss his book with him, as well as the possibility of a sequel, and an Urdu edition.

You have been writing for newspapers for a long time, what made you go for a novel in the first place?

I began writing for newspapers in 2004. A time came when I wanted to make a transition from being a writer and a columnist to an author. I wanted to have a novel to my name placed in bookstores. It was my inner child’s collaborative work with my mature mind.

How long did it take you to conceive the story and finally get it in print?

I began writing Divided Species in 2011 when I participated at the National Novel Writing Month (NANOWRIMO), a US-based online creative writing project. The participants had to complete 50,000 words of their novel in November and while I wrote the novel, it was not even 40% complete. NANOWRIMO gave me a head start after which it took me another nine years to restructure the story, remove loopholes, and add an objective with the protagonist and the supporting characters.

The novel was left abandoned because of my commitments and some professional issues that I was facing and could not focus on continuing editing and writing the novel. I guess this time gave me mental maturity to add more depth to the story. I also got connected to Safwa Mir, a brilliant writer and editor, who agreed to become the Editorial Consultant of Divided Species. She helped me streamline and edit the story’s narrative.

Why did you go for a Science Fiction novel, considering no one in recent years has tried his or her hand at that?

I always wondered why alien beings always landed in the United States or the United Kingdom. Why do they not arrive in Karachi? This led me to write Divided Species, a science fiction novel set in Karachi. No one did this before, so I had the opportunity to be the first to make it happen.

Did you take into account the readers’ preference for digital in this day and age, or you knew that people will go for the paperback version?

Personally, as a reader, I prefer reading a printed book. There is no substitute for the aroma of paper and printed words. I know people prefer reading on digital media, but I did not want my debut novel to be a part of cyberspace. I wanted it to be present in the real world, as a physical object, in bookstores, and eventually in the hands of the readers.

Do I detect a Shaani inspiration here for people who grew up in the 90s are very attached to that film?

Maybe at the subconscious level, there could be a Shaani inspiration for the classic Sci-Fi Pakistani film that came out when I was growing up. However, the inspiration also came from Ainak Wala Jin, Star Wars, and Transformers.

How did you know that the readers would be attracted to the plot of your novel and why?

I had a gut feeling – something that has been guiding me through life’s important decisions. I knew the story was never told the way I wrote it, and as a reader, I knew I would read it for sure. It was a desi story told from the perspectives of a Karachiite and an extraterrestrial life form walking in Karachi disguised as a human being.

You went for an unknown publisher and put them on the map with ‘Divided Species’; how supportive were they in the entire process?

This was another instance of my gut giving me the go-ahead. Auraq Publications had been in operations for almost a couple of years when I decided to approach them. All the documentation was done online in a smooth manner. They were supportive and proactive, indeed.

The experience of book signing, and random people congratulating you on the book … how does that feel?

It is something that I, as a writer, cannot express in words. You have to feel it, experience it. The appreciation gives relief – it is like your mind and heart accepting that the efforts were not in vain. I am humbled to have experienced this appreciation. It makes me a student of life, a student of writing all over again.

Do you plan to come up with an Urdu translation for those who prefer reading the national language?

Yes, I have plans. Let’s see how and when this transpires.

Any chance we will have a sequel to your book in the coming years?

I will not say yes or no. I will only say, Divided Species is just the beginning.