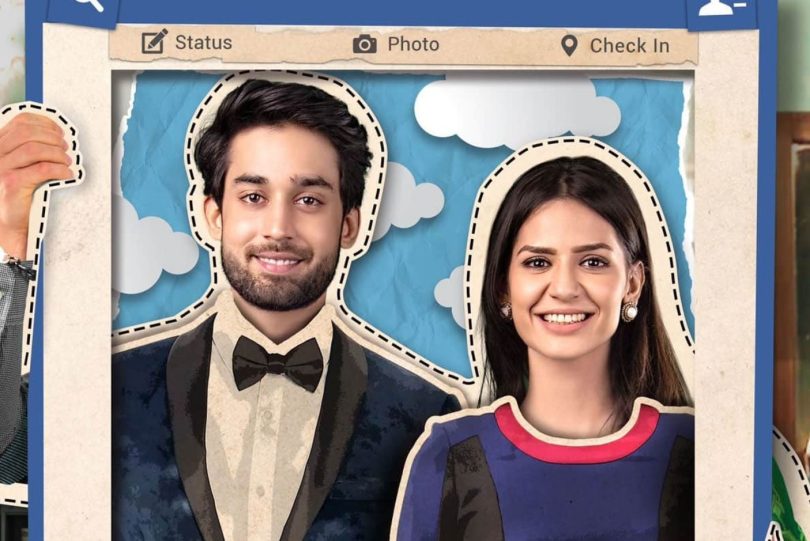 Here is our take on the trailer for ‘Ek Jhooti Love Story’, starring Bilal Abbas Khan and Madiha Imam!

There are two kinds of directors in Pakistan; those who waited for Zee 5 to change their tactics and those who changed their tactics long before Zee 5 arrived. Mehreen Jabbar falls into the second category as she changed the way dramas were being made while working on PTV and for NTM (in the 1990s), and continued to do so even when the Indian dramas influenced our local serials. Thankfully, the only Indian influence in Mehreen Jabbar’s life now exists in the form of Zee 5 that took her onboard for a web series and she helmed Ek Jhooti Love Story. The trailer of the web series is now out and we can’t get enough of it because it has everything one wants in an entertainment-filled project.

Ek Jhooti Love Story seems to revolve around a middle-class boy (Bilal Abbas) and a middle-class girl (Madiha Imam) who fall for each other online, while using fake profiles. From outside, it seems that ‘Ahmed Zeb’ has fallen for ‘Kinza Razzak’, it is in reality Bilal Abbas and Madiha Imam changing their identities to impress the other party. Chaos ensues when their families decide that they should marry each other, which in an ideal situation would be the next best thing, but isn’t. While Madiha’s character has two elder sisters (Kiran Haq, Mariam Saleem Nawaz), a brother (Furqan Qureshi) and eccentric parents (Beo Zafar and Mohammad Ahmed), Bilal’s side of the family comprises of one younger sister (Srha Asgr) and a mother (Hina Bayat Khawaja) who want the best for him, like they want the best for her. Who will marry who, and what will happen when the lie is discovered, wait till 30th October 2020 to find out.

Everyone who should be in a web series is in this web series. Madiha Imam is the perfect girl-next-door we can have on our TV, and the same can be said of Bilal Abbas who exudes the boy-next-door charm. Together, they are explosive and that’s what the director Mehreen Jabbar must be counting on. The audience would love to see them together as well, especially in an avatar they haven’t been seen before. The two are followed by the charming Kinza Razzak and newcomer Ahmed Zeb, who play the rich and great looking avatars of the middle-class leads.

Also in the web series are Furqan Qureshi as the brother of three sisters, played by the super talented Mariam Saleem Nawaz and the versatile Kiran Haq, besides Madiha Imam. With Beo Zafar as their irritating mother and Mohammad Ahmed as the carefree father, you have a perfect family that seems to be alive on each other’s blood. Hina Bayat and Srha Asgr play Bilal Abbas’ mother and sister who might bring sanity to the scene, or more chaos. The talented Fawad Khan (Churails) also makes his presence felt like an ordinary guy in an extraordinary situation like all characters, making Ek Jhooti Love Story something to wait for. They all look in character for a change, making the audience count days to October 30th, 2020!

Although they are terrific performers, how many times will Beo Zafar and Mohammad Ahmed play an old irritating couple in a project? They were excellent in Cake but their bickering should have either ended with the movie or their relationship could have been different here. Using the same tried and tested formula would do them no good, and they might fade away like Mahira Khan and Fawad Khan did after Humsafar when everyone wanted them to be the face of their brand. Also, not much about the supporting cast has been revealed in the trailer but the audience would like to see more of Srha Asgr, Mariam Saleem Nawaz, Kiran Haq, and others in the coming days. After all, they want to know that they will be sacrificing their time for something worthwhile at the end of this month.

The Verdict – Ek Jhooti Love Story is here to stay!

After a long time, someone created a show that makes the audience laugh and put the characters in situations that are hilarious, and not over-the-top in any way. The credit must be given to director Mehreen Jabbar and writer Umera Ahmed for coming up with Ek Jhooti Love Story where they transport the audience into a world full of laughter, from Churails’ world of lie, deceit, and cheating. It would have been great had this show been used to relaunch Zee 5 instead of the more graphic Churails because it is closer to the audience’s mindset than Asim Abbasi’s creation. Until and unless the audience can be educated to accept serious viewing, they should be entertained the way PTV kept them busy. Ek Jhooti Si Love Story seems to be the perfect example of the PTV brand of family drama meeting Zee 5’s brand of web series, creating a new kind of entertainment that is clean, to be watched by the whole family, and most importantly with the whole family.