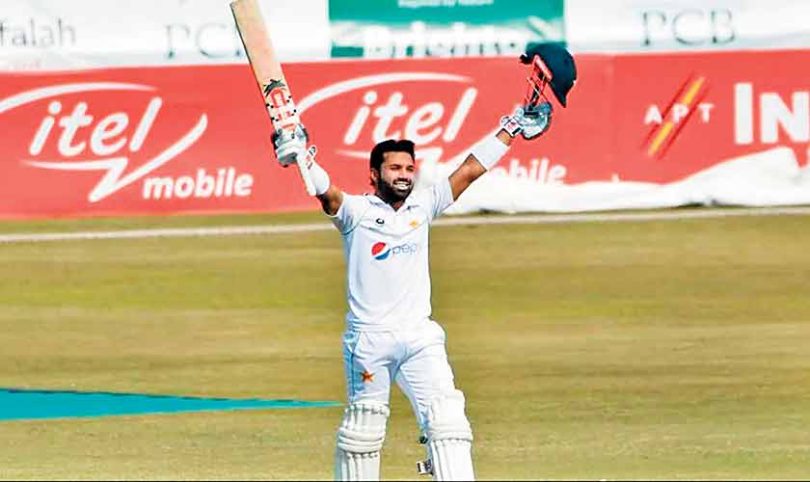 Rizwan Makes It To The Magnificent Seven!

In the first six decades of Pakistan cricket, only six wicket-keepers were able to cross the 100-run mark in Test innings! The always-doubtful behind the wicket Kamran Akmal scored the most number of centuries – six – and won a couple of matches for Pakistan (and helped draw four) whereas Moin Khan managed four tons during his illustrious career. Former Pakistan captain and currently out of favour Sarfraz Ahmed has managed three centuries in 49 Tests. Imtiaz Ahmed played 41 Tests for his three tons, which included a double century. He was the first one to score a double century and his 209 was bettered by Taslim Arif who in his short career scored three scores of 50 or more, including an unbeaten 210 against Australia in 1980, which remained a world record for a wicket-keeper till Andy Flower broke it against India in 2000.

Mohammad Rizwan nearly managed a Test century two years back against Australia and missed it by 5 runs, but Lady Luck was on his side against South Africa earlier this month when he finally managed to cross 100 in a Test, and make it to the Magnificent Seven club!

Rizwan Second Pakistani to Score Hundreds In All Formats!

The closest a Pakistani wicketkeeper got to score a T20I century before Rizwan eventually did it was his predecessor Sarfraz Ahmed. The former captain managed an unbeaten 89 during a T20I but that was when he used to yawn less and score more. Rizwan also scored 89 last December in New Zealand, but went one step ahead in his next T20I innings and did the unthinkable – cross 100 and became the second Pakistani to score hundreds in all formats – the first one was Ahmed Shehzad.

Mohammad Rizwan’s T20I hundred against South Africa is no ordinary hundred by any standard. He might be the fifth wicket-keeper in the world to do so, but he is only the second one in the world to cross 100 runs in all three formats. New Zealand’s Brendon McCullum was the first one to do that. With Rizwan joining him, it’s a proud moment for all Pakistanis!

Rizwan – Most Sixes By A Pakistani In a T20 Innings

They don’t select him for Karachi Kings but they will have to, in the coming season of the Pakistan Super League. Why? Because Mohammad Rizwan has become the most prolific six-hitter in T20 internationals by hitting seven sixes in an innings. No Pakistani batsman has hit more sixes than him in a T20I innings. He overtook both Mohammad Hafeez and Ahmed Shehzad who held the record with six hits over the fence.

That’s not all. In his last two innings, he has scored over 10 sixes, proving himself an ideal batsman for T20s.