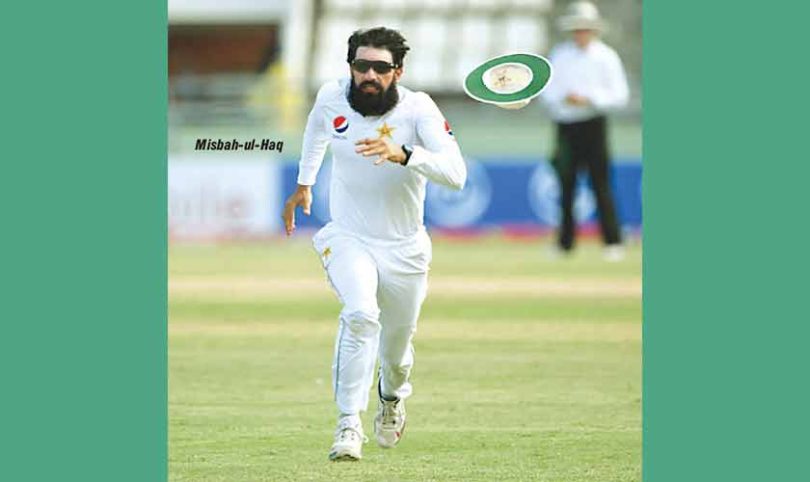 Cricket may be a young man’s game, but for some, it betters with the age. With Mohammad Hafeez turning into the 40s recently, Cricket has become every man’s game instead of just those with fresh legs. However, he is not the first cricketer to continue playing the game at a time when others either move over to non-playing responsibilities or retire from the game altogether. Let’s take a look at some of the Pakistani players who bettered with age, and left the game not because of their performance but because they wanted youngsters to replace them!Misbah-ul-Haq

Whenever the history of Pakistan Cricket is written, Misbah-ul-Haq’s name will be there as one of those players who arrived late at the scene, and stayed late but won so many Test matches that he left his predecessors behind. Be it winning a Test match at Lord’s, scoring a Test century at the venue after turning 40, defeating the West Indies at home, or sharing the long-standing record of the fastest Test century with Sir Viv Richards, Misbah ul Haq remained in top form, especially in whites.

He even won the Test Mace for Pakistan, and when he retired just a couple of weeks before his 43rd birthday, he had become the most successful Test captain of Pakistan.

The current Head Coach of the Pakistan side took over after the 2010 spot-fixing saga and led his side in 56 Test matches, winning 26, losing 19 with 11 draws.

He might be closer to his 41st birthday than his previous one, but Mohammad Hafeez is not showing any signs of slowing down. He made his Test and ODI debut when George W Bush was an American President, when Cricket was played in Pakistan regularly and when Wasim Akram and Waqar Younis were recently-retired Cricketers. Since 2003, Mohammad Hafeez has opened the innings both as a bowler and a batsman, batted in the middle-order, and even supported his team as an off-spinner besides leading the side. He might not have done well during the African Safari but before that tour, he was just unstoppable with the bat, and nearly stroked his way to a T20I century in New Zealand a few months back.

By the time he quit Test Cricket in 2017 at 39, Younis Khan had made a name as a Pakistani legend. He had become the batsman with most Test runs (10099), most centuries (34 in Tests), and most catches (139 in Tests, 135 in ODIs), and he was fit and raring when he decided to retire. However, his fitness level is still so high that if the need arises, he might be good enough for a recall and add a few more tons to his name. After all, he is always around as the batting coach who has been helping young players with his experience of playing and scoring around the world.

He was in his 40th year when he led Pakistan into the final of the 1992 World Cup, but Imran Khan was in no mood to quit the game after winning the mega event.

He didn’t announce his retirement from the game despite not being considered for the England tour after the World Cup. He might have jumped in and saved Pakistan from English players had the need arisen. Javed Miandad had everything in control and despite biased umpiring, Pakistan managed to beat England 2-1 in the five-Test series. The scene was different in the ODIs where the World Champions lost, but by then, Imran Khan was a former Cricketer who wanted to make Pakistan’s first cancer hospital and succeeded on that front as well.