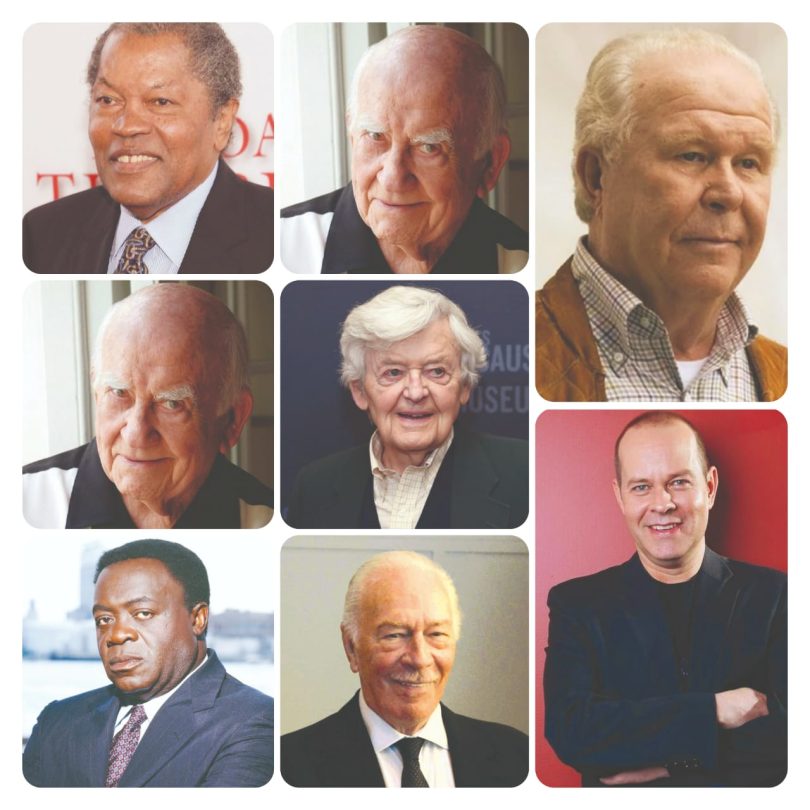 It was a sad year for Hollywood that lost many stars due to old age, Covid-19, or diseases. From Oscar winners to path breaking directors, legendary actresses to TV stars, 2021 took away some of the industry’s brightest names. Let’s take a look at these wonderful celebrities who would not be welcoming us in the year 2022.

Add to that his performance as ‘Deep Throat’ in All The President’s Men, and his commanding presence in Wall Street, The Firm, and Lincoln, and you had a performer who could do no wrong in front of the camera. He died at his home in Beverly Hills on January 23, three weeks before his 96th birthday.

Christopher Plummer rose to celebrity status in the mid-1960s with The Sound of Music where he excelled in the role of Captain Georg von Trapp, a tough father of young kids, who embraced music to change their lives. In later years he was nominated for not one but three Academy Awards for Best Supporting Actor and eventually won the shield for his performance in Beginners (2010), making him the oldest actor – at that time – to win the Oscar. He died at the age of 91 on February 5, nearly three weeks after a fall that resulted in a blow to his head.

Iconic Bond Villain Yaphet Kotto – the only black guy to challenge Agent 007 – who played Mr. Big in Live and Let Die had an eventful career in films and TV.  Before he passed away at the age of 81 on March 15, he had worked in countless films and TV shows including the sci-fi classic Alien, comedy flick Midnight Run besides roles on Homicide: Life on the Street and The A-Team.

During 1968 and 1973, Clarence Williams III was on top of his game. He played the main lead in the hit TV series The Mod Squad. After the series, he would go on to have an impressive career in movies, TV, and the stage. He had memorable roles in Purple Rain, Tales from the Hood, and Half Baked but his fans still remember him as Lincoln “Linc” Hayes, the African American guy of the colourful squad. He died at the age of 81 on June 4 due to colon cancer.

The 83-year old Ned Beatty rose to prominence in the 1970s after appearing in a string of hits like Nashville (1975), All the President’s Men (1976), and Superman (1978). While he made a name for himself as a villain, it was his performance in Network (1976) that got him the recognition he yearned for and was even nominated for the Academy Award for Best Supporting Actor in 1976.

The young kids remember him as the voice behind Lotso, the main villain in Toy Story 3 in 2010 while for a mature audience, he was the quintessential Senator or Congressman. That’s why when there was a need for someone to look the part in Shooter and Charlie Wilson’s War, Ned Beatty was the man. He died in Los Angeles of natural causes on June 13.

Usually, supporting actors in TV series come and go, but only a few like Willie Garson make an impact that lasts forever. The actor appeared in over 75 films including The Rock, There’s Something About Mary, and Being John Malkovich but is more recognized for his performance on TV. As Stanford Blatch, he was a regular in Sex and the City TV series as well as its two films, whereas as Mozzie in White Collar, he was the go-to man whenever his conman friend found himself in trouble. He died from pancreatic cancer in Los Angeles on September 21 at the age of 57, leaving his fans and friends sad.

Once or twice in an actor’s life there comes a character that fits him so perfectly that people start referring to him as that character. For James Michael Tyler, the character of Gunther did the same in Friends, and it wouldn’t be incorrect to say that he was the ‘seventh’ friend in the long-running series between 1994 and 2004. He played the character of a loser named Gunther who worked as a barista in a coffee shop and was a secret admirer of one of the customers, Rachel (played by Jennifer Aniston). He privately battled prostate cancer since 2018 and lost his life to it on October 25.

For someone who starred alongside Frank Sinatra and Errol Flynn, Dean Stockwell had a lengthy career. He began his acting career as a child actor and dabbled into films and TV till his final breath. His most famous role remains that of Admiral “Al” Calavicci in the hit sci-fi TV series Quantum Leap in the 90s where he appeared as a hologram to help the lead character.

He was also there in David Lynch’s version of Dune as well as Blue Velvet, while he was nominated for a best-supporting actor Oscar for his performance in Married to the Mob. He died at the age of 85 on November 7, at his home of natural causes.

Actor Ed Asner was known best for his Emmy-winning performance as Lou Grant on The Mary Tyler Moore Show, but the newer generation remembers him as the guy who voiced that old character in Up. He spent his career playing a wide range of characters and died on August 29 at the age of 87, leaving behind a legacy of good work and characters.

From starring in the final season of Charlie’s Angels to playing the Bond girl in Roger Moore’s final outing A View To A Kill, Tanya Roberts had done everything in the world of espionage and adventure. The 65-year old actress died on January 4 due to complications from a urinary tract infection and left behind a legacy that will keep her alive for her fans for a long time.

The newer audience might remember Cicely Tyson as the mother of Annelise Keating in How To Get Away With Murder, but there was more to the legendary actress than meets the eye. She was one of the first African American actresses to gain worldwide recognition for her acting skills and paved the way for the likes of Whoopi Goldberg and Co with her powerful performances. She was part of the Hollywood film and TV circuit for seven decades and was known for her portrayal of strong African-American women.

Be it her performance as Jane Foster in East Side/West Side in the 1960s or as Rebecca Morgan in Sounder in 1972, she was loved in whatever character she played. In fact, even in her 90s, she was nominated for an Emmy Award for Outstanding Guest Actress in a Drama Series five times for her role as Ophelia Harkness in How to Get Away With Murder. Cicely Tyson was named a Kennedy Center honoree in 2015 while five years before her death at 96 on January 28, received the Presidential Medal of Freedom, the highest civilian honor in the United States for her struggle as an African American actress and her services to the industry.

The Emmy-winning Jessica Walter also left for her heavenly abode this year; she died in her sleep at her home on March 24 at the age of 80. She starred opposite Clint Eastwood in Play Misty for Me and went on to work on TV in the latter part of her career. Her memorable roles in Arrested Development and Archer will keep inspiring generations of actors who want to have lengthy careers in showbiz.

And then there was Helen McCrory who passed away at 52 due to cancer on April 16 but left a legacy of great work. She was a veteran of stage, TV, and films but was popular for playing Narcissa Malfoy in the final three Harry Potter films. She also played Polly Gray on Peaky Blinders and played Tony Blair’s wife in The Queen and an MP in Skyfall.

Fans of network TV in the United States can’t ever forget the contribution of Jean Hale who remained active as an actress for nearly four decades. Her most memorable role was undoubtedly that of Polly, the hat-check girl on TV’s Batman, while she appeared regularly on popular shows like Bonanza, Hawaii Five-O, McHale’s Navy, and The Alfred Hitchcock Hour to name a few. She was there as Flint’s girl in one of the many James Bond spoofs In Like Flint where James Coburn played the American version of Agent 007. She died at the age of 82 in California on August 3.

Hollywood’s Golden Age actress Jane Powell also made her final exit this year as she passed away at the age of 92 on September 16. She starred in a lot of classic films including Royal Wedding with Fred Astaire, and Seven Brides for Seven Brothers. Many would also remember her guest appearances on Fantasy Island, Love Boat, and Murder, She Wrote, where she kept impressing the generations that were born after her reign as a leading lady in Hollywood.

British director Roger Michell, who directed Notting Hill, Changing Lanes, and Morning Glory, also breathed his last on September 22. The 65-year old filmmaker was the man behind Venus that earned Peter O’Toole an Oscar nomination, and My Cousin Rachel featured Rachel Weisz in the title role.

And then there was Richard Donner who made generations feel that a man can fly. The man behind the world’s first superhero flick Superman went onto direct The Goonies in the 1980s, the Lethal Weapon franchise that spanned over two decades, and even the Sylvester Stallone thriller Assassins in the 1990s. The ‘maverick’ director is also responsible for the elevation of Marvel Comics in films, for he served as the executive producer of the first X-Men flick when nobody wanted anything to do with Marvel flicks.

In the later part of his career, he directed two of the most interesting thrillers, Timeline and 16 Blocks, which went on to do well at the box office. At 91, the director was on the verge of making a comeback with the fifth Lethal Weapon, but life didn’t give him the time to commence the project.