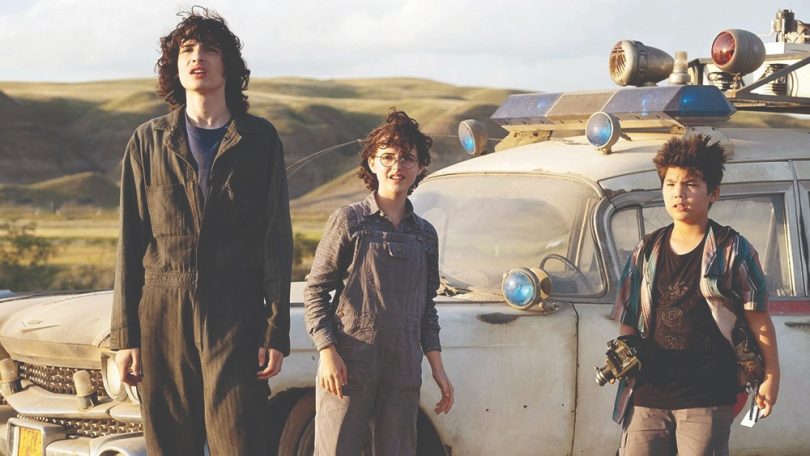 With newer cast members, Ghostbusters: Afterlife breathes life in a franchise ‘that keeps on giving’

Think of Ghosts and the first thing that pops into your mind is Ghostbusters, that is if you grew up in the 1980s and the 1990s. For the newer generation, it meant nothing, and the term was hit further away after the last all-female Ghostbusters couldn’t do well at the box office five years back. Hence, a new Ghostbusters – this time titled Ghostbusters: Afterlife – was the need of the hour, and who else to come up with the latest flick than the son of the man who helmed the first two!

Directed by Jason Reitman, whose father Ivan made original Ghostbusters’ writer Dan Ackroyd team up with Harold Ramis (both as a writer and a co-star), this film is both a sequel and a reboot and excels in both departments. It is a sequel to the original Ghostbusters that came out in 1984 where four jobless men saved New York from ghosts, while it is a reboot since it has newer cast members (some with the same surname) who reintroduce capturing of paranormal beings in style to the current generation.

Ghostbusters: Afterlife revolves around Phoebe (Mckenna Grace) who relocates with her mother (Carrie Coon) and elder brother Trevor (Finn Wolfhard) to her grandfather’s creepy house on the outskirts of Summerville. Since her mother never knew her estranged father, they were thrilled to be at his house, only to find out that he lived in the middle of nowhere, in a town where he was referred to as ‘the dirt farmer’. Little did they know that the house belonged to Dr. Egon Spengler (Harold Ramis), who was not just Phoebe’s grandfather but also the integral part of the original Ghostbusters, who recently died with ‘his PKE meter in hand’.

As soon as she realizes that the ghost playing chess with her is none other than grandpa in spirit, Phoebe teams up with Podcast (Logan Kim), her classmate from school who hosts a conspiracy theory podcast, and her elder brother Trevor who fixes the Ectomobile (Ecto-1) without realizing its importance. With Phoebe’s science teacher, Gary Gooberson (Paul Rudd) teaching them all there is to know about Ghostbusters, the preteens and their teen driver decide to do some ghostbusting, but before they can make an impact, they are busted by the cops for destroying the property.

Will Phoebe and her friends be able to save the world as her grandfather did or will they go down in history as wannabes who just wanted to have some fun, watch Ghostbusters: Afterlife to find out the answer. For those who have seen the original flick, this movie can be considered a treasure-trove for it has references, props, easter eggs, and the return of the original Ghostbusters for a few minutes, making them teary-eyed with happiness. Add to that the original villain from the first movie and you end up rooting for the brave little folks who felt that ‘busting’ was in their blood.

For this Ghostbuster fan, the scene where an elderly asks Phoebe’s character “Who you gonna call?” or where she gets help from out-of-this-world are the two scenes that stand out because of their emotional value. The kid inside this scribe, who had seen the original flick and its lesser-known sequel (not the unknown all-female sequel), wanted to shout and cry at the same time, for these two scenes were exactly filmed the way they should have been. With better computer animation and graphics, the director was able to do justice to the franchise and appeal to both the young and the old at the same time, which is something neither the 1989 sequel nor the 2016 reboot was able to do.

As for the actors, Mackenna Grace carries the whole film on her shoulders and looks every bit a Spengler! It would take the viewers some time to realize that she is the same girl who plays Paige in Young Sheldon, the only person who is as smart as Dr Sheldon Cooper, for she does a fantastic job here as an introvert girl. Paul Rudd’s appearance as the bungling teacher at the wrong place at the wrong time (with a funny name) is a welcome addition to the franchise as is the rest of the cast that helped Mackenna Grace ‘gracefully’ carry the legacy forward.

Yes, no ghost was busted in the film’s first half, yet the audience knew that the director saved the best for the last. They were so involved in the backstory that when a gunner seat came out from the Ectomobile, they were as thrilled as the cast, for it never appeared in the original film and its sequel. Some ghosts from that movie return as does the Stay Puft Marshmallow Man but in a smaller size, and larger quantity to give the audience a scare they had not experienced since 1984!

One must acknowledge that director Jason Reitman taught his son Ivan well and handing over the reign to him was a masterstroke, for he was able to relate to the young audience easily. He put a socially outcast girl in the script, a podcast-loving friend, a confused teen brother, and a mother who was clueless about her own father’s work, and it all clicked. Not only did the film provide closure to the original franchise with Harold Ramis’ ‘ghostly’ appearance, the mid-credit scenes hinted at the future too. If the next film is anything like this one, then I surely know who I am gonna call!