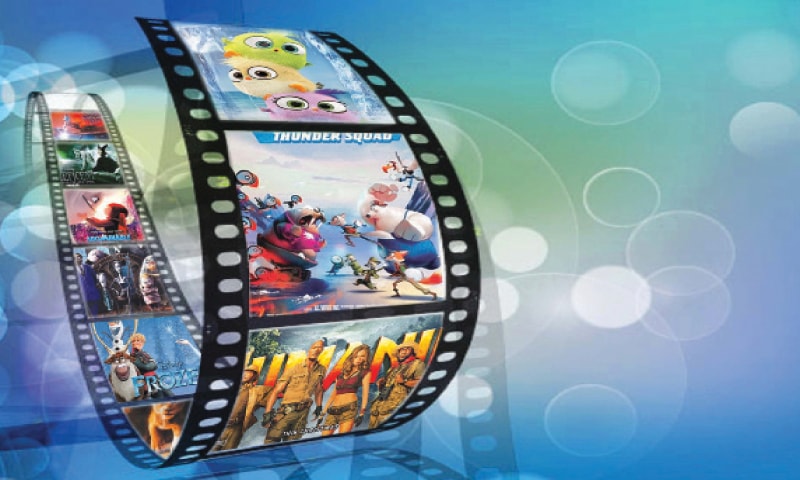 With the first half of 2019 gone, let’s move on to the other half where a lot of films are waiting for you. July, that started with Spider-Man: Far From Home, will continue with another live-action reboot, which will be followed by a first-time live-action movie, to be followed by sequels, remakes and spy stuff.

Interesting, isn’t it? What’s more interesting is the fact that you can make a calendar of these films and plan ahead a cinema trip with friends, family or both.

The live-action remake of the classic Disney animated film is slated to break all records at the box office. And why wouldn’t it? Who doesn’t want to see Simba run away from the Pride Lands after the death of his father Mufasa, only to return to claim his throne that was taken away by trickery?

Every character from Simba, Mufasa, Scar, Rafiki, Nala, Timon, Pumbaa, and Zazu will return in this live-action version that is helmed by the same director who brought back Jungle Book to life.

Dora and the Lost City of Gold — August 9

One of the most popular animated characters from Nickelodeon, Dora The Explorer makes her film debut not as a kid, but as a teenager. In the movie, she is shown as trying to adjust to high school until trouble finds her.

With her pet monkey Boots and a group of teens, she sets out on an adventure because that’s what she is good at. The only difference this time around is that her parents are held hostage and hope that she remembers everything they told her to forget!

Your favourite Angry Birds are back and this time, they have to join hands with King Mudbeard, the ruler of the Bad Piggies with whom they have been fighting forever.

The reason behind their alliance is the emergence of a common enemy, and when that enemy threatens both, they become Frenemies! The whole voice cast from the original returns, including Jason Sudeikis who plays Red, followed by his friends and some new entries, including Awkwafina and Nicky Minaj making their debut in the series.

You may not have heard of them, but Playmobil: The Movie is based on a German building toy Playmobil, which is quite popular in some countries like LEGO is in ours. Through this film, it will try to familiarise people with their models and that’s why they have come up with an exciting story.

Here, a girl named Maria embarks on a journey from her live-action life to one in the animated world of Playmobil toys, just because her younger brother Charlie has gone missing and she has to find him. How she manages to rescue her brother is an entirely different tale and involves a super spy, car chases, gladiators and vikings!

From the makers of How To Train Your Dragon comes another adventure, this time featuring an Abominable Snowman who must return to his home before it’s too late. The problem is that his home is the highest point on Earth and the people helping him are kids.

If the film is anything like the HTTYD films, you will be in for a fun-filled rider where the good will root for the Snowman, the bad for the villains and cinema will be the winner!

If you think your family is weird, think again because the weirdest family of all is Addams Family and they are back. In this animated flick, the family will be pit against a modern day menace — reality TV — and they have to appear normal on TV while preparing for a major celebration. Can they do it or can’t they, that’s the million-dollar question for which you will have to wait till Halloween.

One week after The Addams Family, Angelina Jolie will return as Maleficent and try to mend her relationship with soon-to-be Queen (Elle Fanning). Will they become friends this time around or will the Mistress of Evil have something else up her sleeve, wait till October 18 to know the answer.

Featuring some of the best actors in Hollywood, Arctic Dogs: Thunder Squad is not about a dog but a fox who dreams of becoming a Top Dog. It revolves around the struggle of Swifty, the Arctic fox, who finds out that an evil villain wants to take over the world by melting ice.

Will Swifty and his friends be able to thwart the plan or will they succumb to it? Wait till November to find out.

The sequel of the super successful Frozen will take place three years after the events of the first film. The plot revolves around Elsa, Anna, Kristoff, Olaf and Sven’s journey into the unknown where they discover the origin of Elsa’s magic powers and must use that power to save their kingdom.

Jumanji: The Next Level — December 13

The cast of the last Jumanji is back but this time, they are searching for one of their own, with the help of two oldies who have no clue where they are and what they are supposed to do. The avatars in the video game are the same but two of the people behind it aren’t. Interesting!!!

This is the film that will bring the Skywalker saga to a definitive end but how, that question remains. This film will not only conclude the journey of many characters, but will also play a huge part in saving the galaxy.

Let’s see who wins in the conflict between the Jedi and the Sith before it reaches its climax.

And then there is the Christmas release featuring Will Smith (Aladdin’s Genie) and Tom Holland (Spider-Man) together in an animated flick that will make your day. Here a Super-Secret Agent finds himself lost in transformation after he becomes a pigeon, because according to his genius kid scientist friend, nobody notices a pigeon. All you can do it wait for the up, up and away adventure!