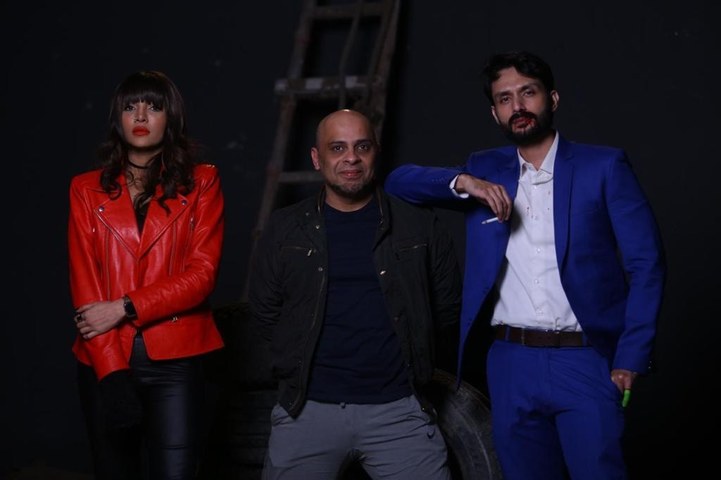 Kashan Admani might not be a known name in film direction, but the music producer has been around for quite some…

Kashan Admani might not be a known name in film direction, but the music producer has been around for quite some time, making jingles and producing songs besides collaborating with the music world’s finest. However, with the release of the teaser of his upcoming flick Carma, Kashan has entered the field of filmmaking and has impressed all those who went through the video. We also decided to highlight the positives from the teaser, which might be the very reasons why you would want to watch the film in theatres, whenever they open.

At first glance, it looks like the color grading is off, but once you are into the teaser nothing matters. It is based on incidents that happen around us, yet the way they have knitted them into the story is exemplary. From showing a different kind of Karachi to highlighting some of the social issues that are prevailing around us, Carma caters to the audience with a message. Add to that the amazing car chases, gruesome bloody scenes, and performances that can make a film larger than life, you have a winner on your hand.

2-For once actors are cast as per characters, not reputation

In Pakistan and India, popular actors are usually cast in films so that their fans could throng the cinema to watch them in action. However, director Kashan Admani goes for those actors who fitted characters creator by writer and co-producer Fawad Hai, and looked the part. Thanks to DoP Farhan Golden, everyone from Zhalay Sarhadi to Osama Tahir, Adnan Siddiqui to Arjumand Rahim, Naveen Waqar to Khaled Anam, Paras Masroor to Vajdaan Shah, gives a ‘golden’ feel, that makes them seem international than local, characters than actors, performers than celebrities.

As renowned Pakistani film director Javed Fazil used to say, our films don’t have background score but foreground score; the late maestro would have been happy to see the Carma teaser where music plays an integral part. When listening to the teaser on headphones can be this good, just imagine how the cinema viewing would be. With this film, one hopes that the ‘sync sound’ technology finds its way in Pakistan, and the filmmakers are able to make more realistic stuff for our audience, instead of giving them unrealistic ‘romantic comedy’ flicks.

When was the last time you saw a car chase sequence in a Pakistani film? Way back in the 1970s when Waheed Murad and Nadeem battled it out on the streets of Karachi in Jab Jab Phool Khilay. Since then, it has been tried and tested but not with the same success. Until now, when Kashan Admani and his team manage to look ‘Fast and Furious’, as well as ‘Desi’ at the same time. The teaser doesn’t do justice to the scenes but does ‘tease’ the audience as to what they might experience once the film releases in a cinema near you.