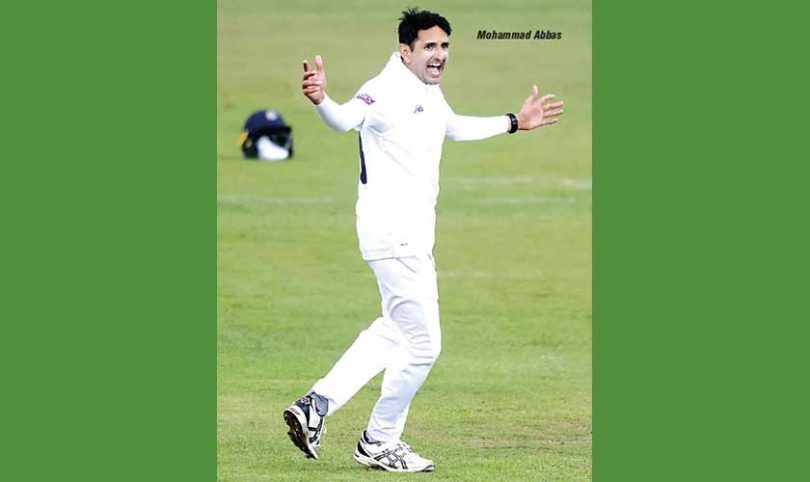 Pakistan might be on a winning streak in Test Cricket under Babar Azam, but his real ‘Test’ is yet to come. He led Pakistan against a seemingly ‘lethargic’ South African side at home. Currently, they are playing against and in Zimbabwe. What will happen when Pakistan gets to play proper Test sides, with a proper bowling attack and a strong batting line-up? Will this inexperienced bowling attack and brittle batting line-up save Pakistan? It’s hard to imagine, but Pakistan needs a few Test specialists if they want the world to take them seriously.Mohammad Abbas

Not since Waqar Younis has a fast bowler taken 200 wickets in Test cricket for Pakistan! Yes, there was Shoaib Akhtar (178 Test wickets), Umar Gul (163 Test wickets), Mohammad Aamir (119 Test wickets), and Mohammad Asif (106 Test wickets), who came, who bowled and left but no one managed to reach 200. The only person who had the ability to go past all of them is playing county cricket instead of Tests, because the selectors don’t like his style of bowling.

Yes, I am talking about Mohammad Abbas who is not just wreaking havoc for his county Hampshire but was amongst the best in the world when he was playing international cricket. He not only took 84 Test wickets in his 23 appearances, but also earned praise from his contemporaries and colleagues. If he is brought back into the national side where he can lead the attack with Shaheen Shah Afridi and Hasan Ali in supporting roles, just imagine the amount of damage they might inflict. After all, we need three pacers in bowler-friendly conditions in England, Australia, New Zealand and the West Indies when we tour these countries in the next couple of years.

He has scored over 12 centuries for Pakistan in Tests, and had been a permanent part of the Test squad since making his debut, yet after a couple of bad series, Asad Shafiq was dropped by the selectors who don’t drop others for similar performances. Asad is one of those players who can score anywhere in the batting order, be it No 3, 4, 5 or 6.

Yes, Faheem Ashraf has made a name for himself in the lower order with good scores but will he reciprocate the same success when Pakistan faces better bowling sides in ‘alien conditions’?

In the list of Top 10 Pakistani batsmen ever, Asad Shafiq is at number 9 with 4660 runs at an average of 38 with the help of 12 centuries and 27 fifties. He has played 77 Tests for Pakistan, 72 of them consecutively, which proves that he should be an automatic choice in the Test side, yet Pakistan’s selectors have other ideas. It is still not too late to recall the middle-order batsman and strengthen Pakistan’s batting before it’s really too late!

How can a Chief Selector leave out the team’s most experienced bowler without even informing him in the first place? Yes, Yasir Shah got to know of his exit from the Zimbabwe-bound Test squad from news reports, that too at a time when Pakistan has no bowler with 100 Test wickets in its squad. With 235 Test wickets, Yasir Shah would have wreaked havoc in Zimbabwe but the Selectors decided to select inexperienced bowlers ahead of him.

Who will be responsible for an injury to any of the fast bowlers in such an unimportance series, where Yasir Shah could have added loads of wickets to his tally and raised his confidence level? Let’s hope the Selectors realise their mistake and bring back Yasir Shah. Otherwise, we might have to struggle whenever we play a better side, in a better condition!