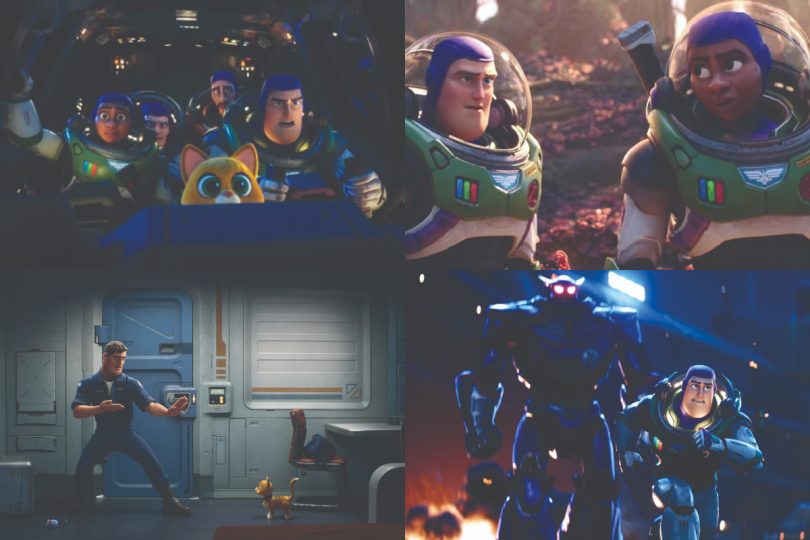 Lightyear is not the origin story of Andy Davis’s toy; it is the film about the Space Ranger who inspired the creation of the toy

What does ‘To infinity and beyond’ mean to an average person who grew up in the 1990s? Everything! If you are that ‘average’ person, then Lightyear is the film that you had been waiting for all your life. The opening cards explain to the uninitiated that the film is based on the character who inspired the toy in Andy’s room in Toy Story. And if your taste is anything like Andy’s, you will love the film as much as he did, because it has everything a Space Ranger’s adventure must have.

Buzz Lightyear (voiced by Chris Evans) is a stubborn, overconfident but caring space ranger in Star Command, who accidentally damages the hyperdrive system of his exploration vessel while escaping an uncharted planet. In an attempt to correct his mistake, he volunteers to pilot the flight that tests the hyperspace fuel, but on his return from the first four-minute unsuccessful flight, he learns that his team aged four years in the process. After more than a dozen such flights, his robotic feline Sox (Peter Sohn) cracks the fuel’s composition, and they manage to obtain the desired speed, but by then, his friends are gone, and his superiors have changed.

Add to the scenario a mysterious Evil Emperor Zurg, his robots and the members of the colony’s defense forces, including the granddaughter of Buzz’s former partner Alisha, Izzy Hawthorne (Keke Palmer) and Buzz has a team to bank on. After he agrees to become a part of their plan to attack Zurg’s ship, he finds out that Izzy, the cowardly Mo Morrison (Taika Waititi), and the ‘explosive’ parolee Darby Steel (Dale Soules) are not what they seem. Thus, he decides to go solo and complete the mission but does he succeed or does he fail, that’s the question which is answered as the story progresses.

Lightyear might not seem like the top-stuff Pixar production but has the soul of a Disney classic, which is further confirmed by Michael Giacchino’s excellent soundtrack. Keeping the audience on the edge of their seats throughout its run, the intergalactic action-adventure is not only engaging but thrilling from the word go. . The choice of using Chris Evans as Buzz initially wasn’t accepted but since Evans brings his own touch to the character, he ends up doing a marvellous job.

Director Angus MacLane and his co-writer Jason Headley did an outstanding work as well to produce a space movie that might have existed when Andy was growing up, before the events of the first Toy Story. Inspiration from space movies like 2001: A Space Odyssey, Star Wars, and Avatar to classics like Groundhog Day can be found in this flick where there is an irritating AI named I.V.A.N., a robotic cat serving as a useful sidekick, a flawed hero seeking redemption and volunteers wanting to prove themselves. Villains with secrets were icing on the cake, and combine all that and you have a winner on your hand.

The characters used to assist Lightyear must be mentioned here for they are capable of having their own spin-off series in the future, especially Sox, who is not as cheeky as Guardians of the Galaxy’s Rocket the Raccoon or Shrek’s Puss in Boots, but very integral to the plot. At times he is a cat and at times a sidekick that can ‘buy you five minutes’, as well as help you save the universe without making a huge deal out of it. The same goes for the trio that came up with the ‘surprise party’ plan; despite not even being rookies, they managed to stand up against the mighty Zurg and helped Lightyear become the superhero that Andy worshipped later on.

Despite looking more like an elaborate version of Interstellar, the makers manage to do a good job with the storyline, however, they forgot that they were supposed to be in the 90s, than in the current era. The animation style was progressive and the treatment was modern, which might have been done since the movie was released in 2022.

However, for an average kid, the connection between this film and the Toy Story franchise would be hard to understand, especially since both the ‘Buzz Lightyears’ are voiced by different actors. It would have been great had Tim Allen been there in some capacity so that the viewers could have easily related to the switch. It could have been in the form of post-credit scene or as a narrator, but then the makers know best.

The film though was in the news for another reason; it was banned in most countries because of the presence of two female characters as partners, who even exchange a kiss during the film. The scene could have been avoided since it didn’t involve the protagonist but the studio refused to edit it, which is strange considering Disney has always stayed clean for kids. Their ‘stand’ irked the relevant authorities in countries like the UAE and Saudi Arabia who banned the film instead. .

Lightyear is not just a spin-off, it’s a prequel too that sends every Toy Story fan on a nostalgic trip. For those who have no inclination toward the franchise, it will serve as an exciting standalone story that ticks every box on the checklist. It has emotional moments that will make you teary-eyed, feature catchphrases that have already become part of folklore, and teach you lessons only life can teach. The movie is all about rediscovering yourself and knowing your priorities. It also tells the audience that regret and guilt are part of life and if you know in your heart that you are doing the right thing, that’s what matters the most.

Through the titular character, one can see that ‘completing the mission’ is not the mission but enjoying life is, and if one doesn’t have time to love, that means they don’t have the time to live. The story is entertaining and the same could be said of the lessons it teaches without being preachy. It tells the viewers no matter how young or old that it’s okay to make mistakes, as long as you learn from them, and that one shouldn’t feel down after one mistake, because the lesson learned from it can take you ‘to infinity and beyond’.