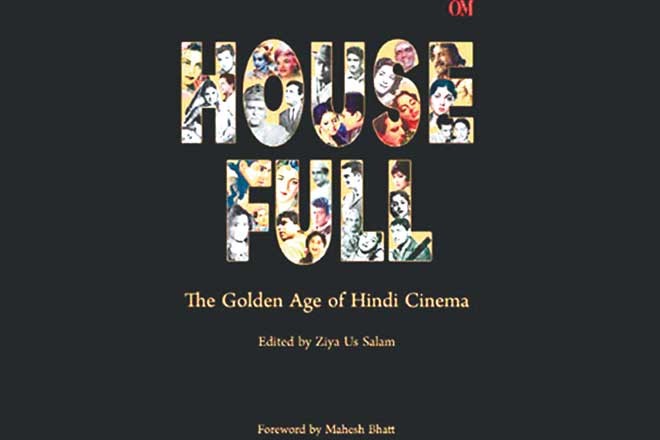 Bollywood has been producing films for over a century but no decade has given more meaningful films to the world than the ones that formed the Golden Era.

In Housefull: The Golden Age of Hindi Cinema, one gets to know all about films made during the fifties and sixties and while it will be a surprise for millennials – who may believe that there was no Hindi film industry before their birth – it is a treat for first generation Indians.

The book follows the style of Hollywood books, that have been penned by multiple writers, to give readers a diverse perspective on the industry. Stories from the fifties and sixties have been covered by renowned film critic Ziya Us Salam, film historian Suresh Kohli, film reviewer Anuj Kumar and famous writer Vijay Lokapally. They have attempted to discuss the best films from that period so that people understand that the standard of filmmaking has lowered instead of getting better with time.

Before Amitabh Bachchan or even Rajesh Khanna came, Bollywood films used to be successful and that too for valid reasons; writers in this book explain the reasons as well as the mindset behind that reason in their own ways.

The greatest directors of that era, from Bimal Roy to Guru Dutt, Mehboob Khan to Raj Kapoor, V Shantaram to the Chopras, Shakti Samanta to the Anands, get a full chapter where their work is discussed, dissected and decoded.

There is a method to this book; every section starts with an introduction to the subject, which is followed by the directors’ notable works and information about their films. In these chapters, one also learns about the impact these films made on the audience, how they elevated the directors’ stature and in what ways they benefitted actors who were featured in those projects. We also discover the people behind these films such as writers, lyricists, music directors, cinematographers and producers, providing a context to a lot of things about the golden era of Hindi films.

There are some sections such as ‘Period Films’ and ‘Solos’ that talk about films that depicted another time in history and that was the only achievement of a specific filmmaker not mentioned elsewhere in the book. While there is Anarkali, Mughal-e-Azam and Taj Mahal in the ‘Period Films’ segment, another section covers classics like Ganga Jumna, Leader and Mujhe Jeene Do, to name a few.

The book would have been more interesting to read had the writers focused more on the films than the behind-the-scenes details that take the discussion on another tangent.

One doesn’t get to see many films criticized here because nothing wrong happened in the golden era, in the writers’ opinion. Besides, while there is criticism on a few actors including Pradeep Kumar, Sunil Dutt and Leela Naidu, one doesn’t get to read about the flaws in films from that era. However, this edition needed to be proof-read as there were many mistakes that could have been avoided.

So, if you didn’t know that Anarkali’s role in Mughal-e-Azam was actually meant for Nargis or that music composer O. P. Nayyar composed 20 songs for Kashmir Ki Kali and later used the rejected tracks in Sawan ki Ghata and that despite being a flop, Aan was dubbed in several languages, give Housefull – The Golden Age of Hindi Cinema a chance. It will enrich your cinema history.