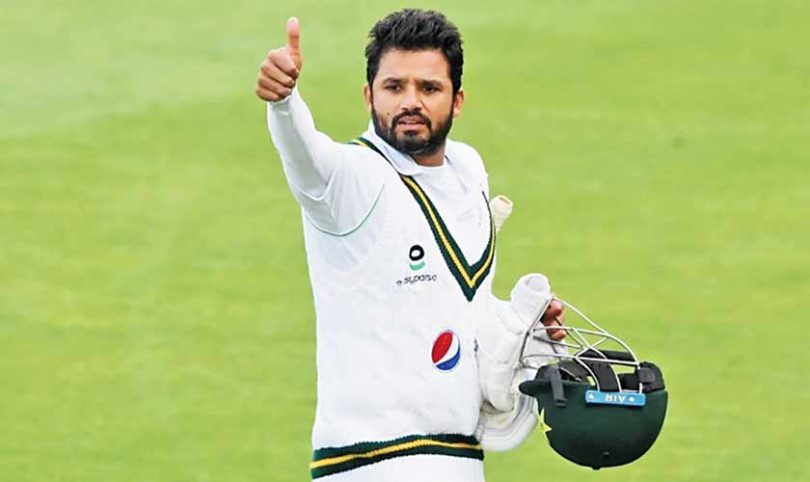 Thankfully, we don’t need ICC to tell us that we are the best in many departments; Aleem Dar is the best umpire in the world, yet the award goes to mediocre ones.

‘The News On Sunday’ managed to come up with its own ‘Teams of the Decade’ and the first one we are selecting is Pakistan’s Test team. All the statistics are complete from January 1, 2011, till December 31, 2020, and the result will surprise you as much as it surprised us. Read on:

Guess who has been the most successful opening batsman for Pakistan in Tests, with 7 hundreds at an average of 45.56? It’s Mohammad Hafeez who began the decade as a specialist opener and represented Pakistan until Dale Steyn found his weakness. He opened the innings in 31 Tests, where he amassed 2415 runs with his highest score being 224. In contrast, when he came at number 2, he managed 317 runs in 11 Tests with the help of one century, and his average dipped to 18, and hence he remains the best choice to face the new ball.

For the number two position, we have someone who has opened the innings when the team needs someone to step up, and even scored a triple century in the makeshift position. The name’s Azhar Ali whose 7 Tests at number 1 have yielded 416 runs at an average of 29.71 with two tons, while he has batted at number two in 13 Tests, where he has scored 1140 runs with two centuries at an average of 57, with 302 not out being one of them. He might have scored 4000 runs while batting at number three with 13 centuries at nearly 44, but the middle-order has better candidates.

Near Misses: Shaan Masood has played 24 Tests during the decade, scored 1378 Runs with 156 runs being his highest but his average of 30.62 and 4 little centuries cost him the place.

He might be the Captain of the Pakistan Test squad at the moment but with 2045 runs in 29 Tests at an average of 45.44 and the highest score of 143, Babar Azam needs to score more than his 5 Centuries to find a place in this middle-order lineup squad. That’s why we are placing him at number 3, or any other position that might be vacant for him, as per the Captain’s decision!

At number 4 we will have the record-breaking Younis Khan who played 53 Tests in that position, scored 4659 Runs with the highest being 218 at an average of 54.17 with 17 Centuries. If anyone can topple that, he might be welcome for a place in the Pakistan squad, but Younis Khan remains unbeatable even after his retirement.

Captain Misbah-ul-Haq will come at number five, the position he made his own in the last decade; he scored 3994 runs at an average of 49.62 while batting at number 5 in 54 Tests, and hit 8 centuries including the joint-fastest one with Sir Viv Richards.

And finally, there is the ever-dependable Asad Shafiq at number 6; who else could fit the bill at the position except him! He has played 76 Tests at this position, scored as many as 4599 Runs at an average of 38, with 12 Centuries!

Sarfraz Ahmed has no comparison when it comes to the custodian behind the wicket; who can forget Kamran Akmal’s horrible wicket-keeping wherever he played, in whichever conditions he stood behind the wickets. Sarfraz Ahmed on the other hand is not just a good gloveman, but also a brilliant batsman; his 2041 runs at number 7 in 39 Tests, where he has scored 3 centuries at an average of 37.10 with 112 being his highest is in addition to his wonderful work behind the stumps. He has held 142 Catches and effected 21 Stumps, helping the bowlers in ways only they can imagine.

The place of the ‘spinner’ in the Pakistan Test Team of the Decade goes to none other than Yasir Shah who stands out with 227 wickets in 43 Tests. Add to that his Test century against Australia last year and you have a dependable bat.

Near Misses: Saeed Ajmal was second-best in the list with 145 wickets in 26 Tests but Yasir’s record is too good to ignore!

During the last decade the only bowler to be consistently part of the Test squad is Mohammad Abbas who has proved his worth with 82 wickets in 22 Tests. Wahab Riaz, who made his Test debut in 2010 has been in and out of the squad, taking 74 wickets in 24 Tests. Junaid Khan, who filled in for Mohammad Amir in his absence has 71 wickets in 22 Tests, and they are the most wicket-taking bowlers, we have had in the last 10 years.