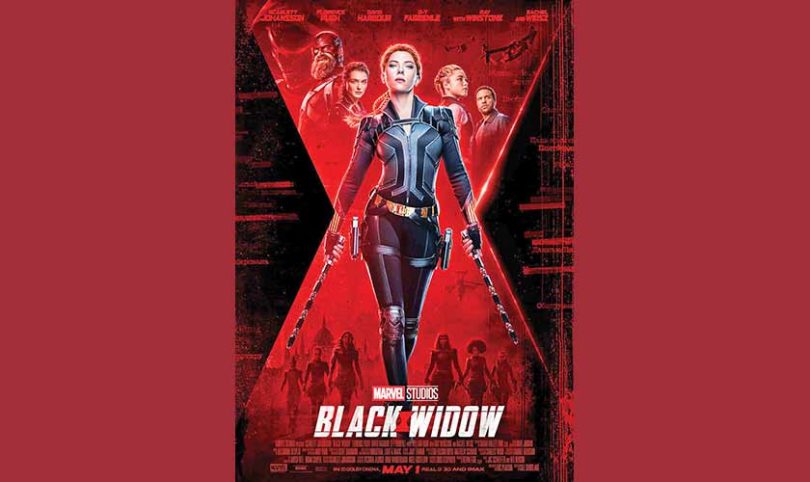 Let’s welcome the year 2021 with the hope that COVID-19 ends, cinemas re-open and resume business and a vaccine makes it way to people so they can go back to watching movies that are meant for the big screen.

In the New Year, let’s make a brief note of films that might release in better times and go on to become iconic, lifting exhibitors, distributors and directors who would prefer the ushering in of the good old days.

What happens when three Oscar winning actors come together? Magic?

A whodunit that feels like it’s transported you to the nineties sees Jared Leto leading what is a sinister role with two cops on his trail. The Deputy Sherriff, Washington, has never seen the promotion he should have but the other, a Sergeant essayed by Malek, sees in him the ability that many lack. As Washington and Malek join forces, what does our Oscar-winning villain do next? With a trailer that is gripping, it’s the film to watch this month.

Originally scheduled to release last month, The Father is based on a 2012 French play called Le Pere by the co-writer and director Florian Zeller. According to research, the film’s narrative focuses on “an aging man (Anthony Hopkins) struggling with memory loss whose daughter (Olivia Colman) moves into his flat to help care for him”. Familial films can be exceptional as we’ve seen many, many times. This one has enormous potential. Apart from the fact that it stars the majestic Anthony Hopkins and offers a beautiful albeit painful story, it also features Olivia Colman who has done excellent work in The Crown, The Night Manager and Broadchurch. Both champions of winning awards, this just might be the film to watch come February.

Remember a time when animated films were not as common as they are today and cartoons meant watching Tom and Jerry. As adults, those of us who have grown up on them still find the cat and the mouse pitch just as much fun. A classic and a cult that was scheduled to release last month is now coming to theatres in March, later this year. Giving away the plot would be unfair but as Tom and Jerry will be forced to work together to save the day, we can hardly wait.

No Time to Die

The whole world is looking forward to James Bond’s 25th adventure because only someone as ‘heroic’ as 007 can rescue the cinema industry this time. No Time To Die might be Daniel Craig’s last outing as James Bond but he is likely to do wonders for an audience that wants him to stay on. With the release of this potential blockbuster, cinemas will, in all likelihood, begin their second innings after a break they hope they never have to take again!

For the first time since Thor, every year has witnessed the release of a film featuring a Marvel character, until 2020. That makes the release of Black Widow extra special since it will not just connect the audience to their favorite Marvel character but also bring them back to the cinemas, just like Avengers: Endgame did two years ago. There is a rumor that since the film takes place in the past, Robert Downey Jr.’s Iron Man might make an appearance, and save the day, like he always did when he was ‘alive’.

One of the most successful film franchises in recent cinematic history, the franchise would have release its ninth film last year had it not been for the pandemic. But fret no more, Dom and his crew return to live another day and fight against an estranged brother who is not just a high-performance driver but also a master-thief and assassin. With cars being driven on road and ice flying in the air and even jumping off buildings, Fast and the Furious series is ludicrous at times but the ninth movie is just the beginning of the end. Until then, fans are riveted.

Captain Pete “Maverick” Mitchell returns to the screen for the first time since 1986. He is looking set to dazzle as many as three generations together: the one that fell in love with Top Gun when it released 35 years ago; the one that grew up watching the film on home video and the one that will experience it for the first time, hopefully on the big screen. Here, he will face the son of his late RIO and best friend, Nick “Goose” Bradshaw who blames Maverick for his father’s death in an aircraft crash that took place in the original film.

And then there is another Tom Cruise delight, the seventh Mission Impossible film. The franchise began in 1996. It grew in stature along with Tom Cruise, and is still going strong after 25 years. Mission Impossible will turn 55 years old in 2021 since the original series first aired back in 1966, when some of us weren’t even alive. Guess Ethan Hunt doesn’t get old, just like Tom Cruise!

Although Keanu Reeves’ The Matrix 4 is all set for a 2021 release, it might see the light of the day somewhere in 2022 due to the delays and disruptions Hollywood is facing. It would be a treat for fans of the franchise as well as the actor to see him back in and as Neo for the first time since 2003, whenever the film is released!