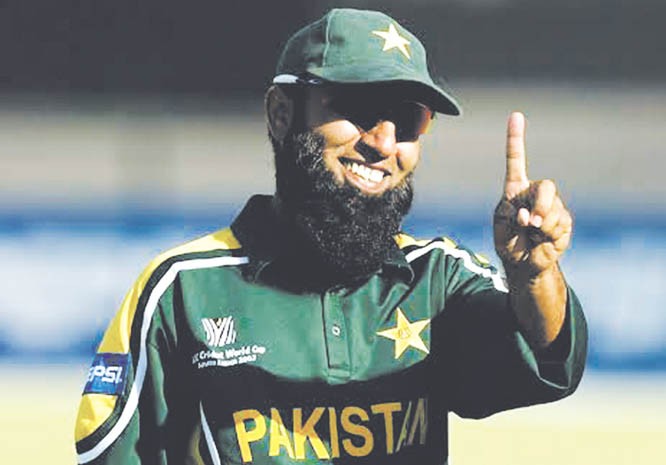 The one player with the most chances was Shahid Afridi, who was part of as many as five World Cup campaigns. The closest he got was a World Cup final in 1999 and a World Cup semi-final 12 years later

Pakistan cricket is different from the rest of the world in many ways; they won a World Cup with an inexperienced team in 1992 but couldn’t win the trophy on another occasion with better players. There was a time when Pakistan had players like Zaheer Abbas, Wasim Raja batting, Sarfraz Nawaz bowling, and Wasim Bari behind the stumps but Pakistan won when they were all gone, and new players trying to make their mark stood out and delivered.

Let’s look at some of the players who despite their illustrious record don’t have a picture with the World Cup in their hand on their shelves.

There is no reason why Pakistan shouldn’t have won the World Cup when it was played initially in England, where the bowling side used to bowl 60 overs per innings, and batsmen knew the conditions like the back of their hand due to their considerable experience of playing county cricket. Pakistan had Zaheer, one of the most dynamic batsmen of that era, in the side who was feared by most bowlers; there was King of Swing Sarfraz who found every condition favorable; with Wasim behind the stumps, hardly any bye was conceded; with classy Raja in the final XI as an all-rounder, Pakistan should have won the mega event.

They were all part of the first three World Cups in which Pakistan couldn’t make it past the semi-finals on two occasions. The only reason for their failure to lift the Cup seems to be in Pakistan’s approach till then; it was more defensive than attacking and when Javed Miandad became aggressive at Sharjah in the final of the Austral-Asia Cup, everything changed.

Missed it by that much!

He was part of the initial World Cup squad but missed the final cut because the captain preferred to take younger players instead. Yes, that’s what happened to veteran all-rounder Mudassar Nazar, who represented Pakistan as a batsman who could bowl in 1979, 1983 and 1987. Along with Salim Jaffer, he was selected in the squad but Imran Khan dropped them from the final 15, and the rest is history.

His story was different from that of Waqar Younis who was all set to crush the toes of the world’s best batsmen in 1992 but missed the event due to injury; when he did play his first World Cup, he bowled well except in the all-crucial quarter-final against India in which Ajay Jadeja thrashed him and Aaqib Javed all over the ground. He played just one match in 1999 due to the emergence of much-faster Shoaib Akhtar but was back as captain four years later. The World Cup in 2003 was nothing short of a disaster for Pakistan as they failed to reach the second stage and were unceremoniously dumped, resulting in Waqar’s own retirement from the game.

Then there was Saeed Anwar who was Pakistan’s main opening batsman in 1991 but couldn’t make it to the World Cup due to injury. When he finally did make a place in a World Cup XI, he scored heavily, ending up with as many as three centuries in as many events. It was his prolific run-scoring that helped Pakistan reach the final in 1999, and even four years later he was the only one scoring a century in a side where half century was considered an achievement.

Close Encounters of The Worst Kind

And then there were those who got more chances than others to win a World Cup but couldn’t touch the trophy despite being too close for comfort! The one player who got most chances was Shahid Afridi who was part of as many as five World Cup campaigns but the closest he got was a World Cup final in 1999 and a World Cup semi-final 12 years later. On both occasions, the team faltered big time even though in 2011, Afridi ended up as one of the leading wicket-takers of the tournament. He missed a couple of matches in 2007 due to an ICC ban for hitting a spectator with the bat but that didn’t matter because as soon as the ban was over, so was Pakistan’s dream of reaching the next stage.

Then there was Younis Khan who despite not being the best ODI batsman in the team played from 2003 till 2015. The only time he did have a chance was in 2011 when the team reached semi-final stage but succumbed to pressure against hosts India, who eventually went on to win the grand finale. His teammate Mohammad Yousuf played in three World Cups but despite being in a good nick in 1999, he couldn’t do much to save Pakistan from an embarrassing defeat. He looked lackluster in the next two editions, although he took one World Cup wicket with his bowling to register an accomplishment.

All-rounders Abdur Razzaq and Azhar Mahmood were also unlucky in this regard. Azhar was recalled in 2007 in place of Razzaq. The latter was selected in 2011 on the basis of some stunning performances. They both were part of the World Cup 1999 squad and played an important part in the team’s qualification to the grand finale. However, in subsequent events, the whole team came out as an unlucky squad and couldn’t do much to bring a smile on their fans’ faces.

Although Saqlain Mushtaq played just one match in the 1996 World Cup, it was his magical and deceptive bowling that saw Pakistan reach the final three years later. He was the most feared bowler of the event and even took a hat-trick to stake his claim as the best in the world. Had Pakistani batsmen scored a few more runs in the final, who knows Saqlain might have won the game for Pakistan. He was past his prime in 2003.

Shoaib Akhtar was more unlucky than others. In 1999, he took wickets at will except in the final; in 2003, he was part of a fast-bowling quartet along with Wasim Akram, Waqar Younis, and Mohammad Sami but failed on the bouncy South African pitches.

In 2011 edition, he was unlucky to have Kamran Akmal, who had by then gained notoriety for dropping simple catches. The eldest Akmal dropped two catches off two successive balls in the game against New Zealand, Ross Taylor went on to make a century, and Pakistan lost the game. Ironically, Akmal remained in the team, but Shoaib never again played for Pakistan.