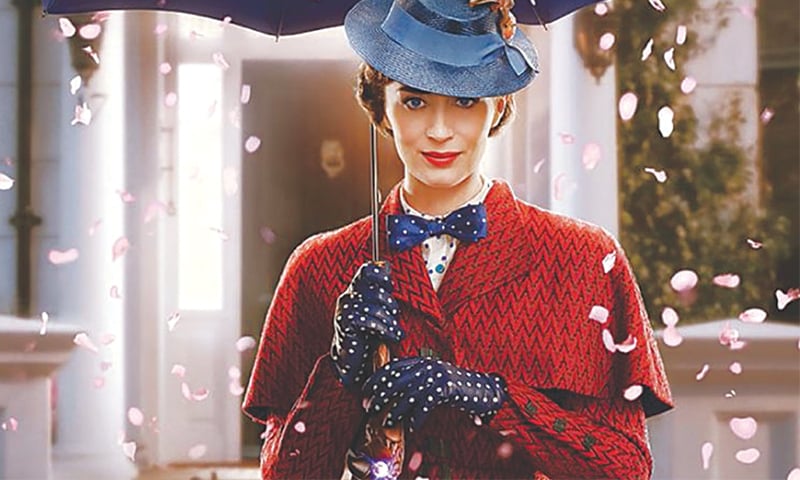 For over 50 years, people waited for her return but Mary Poppins doesn’t drop uninvited. She came back to save the Banks kid (again) when they needed her the most, and this time the adventures were bigger, but the songs weren’t.

When the current Mr Banks was in deep trouble with the very bank he worked for and was unable to care for his children after their mother’s death, the stage was set for the return of Mary Poppins (Emily Blunt) and she came down from above to make things right, with the help of the children, of course!

The sequel of the Disney classic stays true to the original that has been mesmerising children and adults since 1964 and takes the modern generation on an enchanting adventure where grownups were the bad guys, where London was simple and where anything was possible. Set in the depression-era of the 1930s, the events of this sequel took place exactly 25 years after the original film with everything changing except Mary Poppins.

The two kids who were part of her first journey — Michael (Ben Whishaw) and Jane (Emily Mortimer) — no longer believed in magic because they are part of the adult world, yet let Mary Poppins back into their lives because secretly, they hoped for a miracle.

And miracle it was because the lives of Annabel (Pixie Davies), John (Nathanael Saleh) and Georgie (Joel Dawson) changed as soon as their new nanny joined them. From taking a bath under the sea to driving a bicycle with five passengers, from taking a trip into a bowl to flying a kite (the same one), they did everything they ever imagined was impossible. Add a spoonful of magic and music and you have a perfect film that comes once in a lifetime and caters to kids and adults alike. In this adventure, Mary Poppins is helped by Jack (Lin-Manuel Miranda) who even stops time for her (literally) when the going got extremely tough for the older Mr Banks!

The performances were great, although Emily Blunt was in no way as striking as Julie Andrews, she did a good job convincing the children that even the impossible is possible. The movie shows Ben Whishaw as the father, Emily Mortimer as the aunt, Lin-Manuel Miranda as the street lamplighter, and Meryl Streep as Mary’s cousin. Colin Firth as the antagonist was a bit heartbreaking but who would have said ‘no’ to play the main bad guy opposite Mary Poppins? And then there was the surprise entry of Dick Van Dyke who danced into the hearts of all at the age of 93 and didn’t disappoint at all!

Director Rob Marshall’s attempts at bringing back Mary Poppins is a commendable one but could have been much better had the duration been 90 minutes instead of over two hours and had the soundtrack been more ‘supercalifragilisticexpialidocious’ like the original, but since it strikes a chord into the hearts of the young and the minds of the old, it’s a winner just like Mary Poppins!