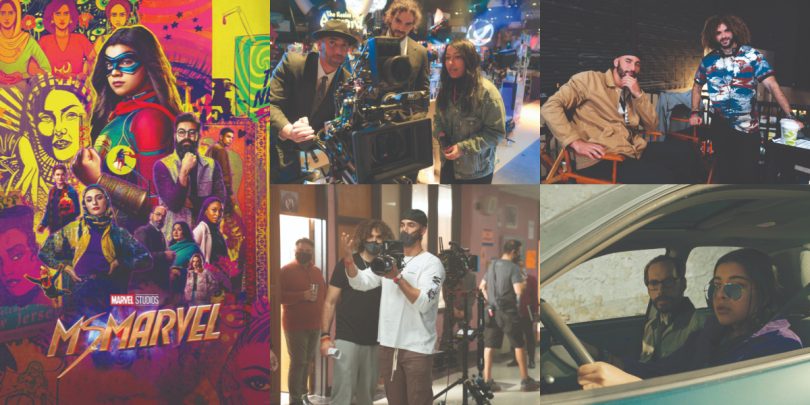 Find out what the actress, the creator, and the directors have to say about Ms. Marvel!

The world’s first Muslim superhero is here and her name’s Ms. Marvel. The teenage character is the alter ego of a New Jersey girl Kamala Khan who made her live-action debut through the Disney+ series earlier this month, and impressed the audience in a big way. The series not only marked the debut of Pakistani-Canadian Iman Vellani but also presents a brown superhero to the world, who dons the cape and saves the world.

That’s why BOLD decided to talk to the team behind Ms. Marvel and ask them how they felt about creating a piece of history that would merge the East and the West together. We posed different questions to Iman Vellani who plays Ms. Marvel, Sana Amanat, the creator of Ms. Marvel, and Adil El Arbi and Bilall Fallah who are leading the directing team that also features our very own Sharmeen Obaid – Chinoy. What do they have to say about the first ‘brown superhero’ and how they made it special, read on:

Iman Vellani – The actress who makes her screen debut with and as Ms. Marvel

When a youngster named Iman Vellani dressed up as Ms. Marvel a handful of years back and told her friends that she wanted to play the character on screen, even she might not have known that her dream might come true one day. She was chosen for the role because she fitted the character and could bring freshness to it so that it could attract the viewers who might have known Captain Marvel but had no clue who Ms. Marvel was. 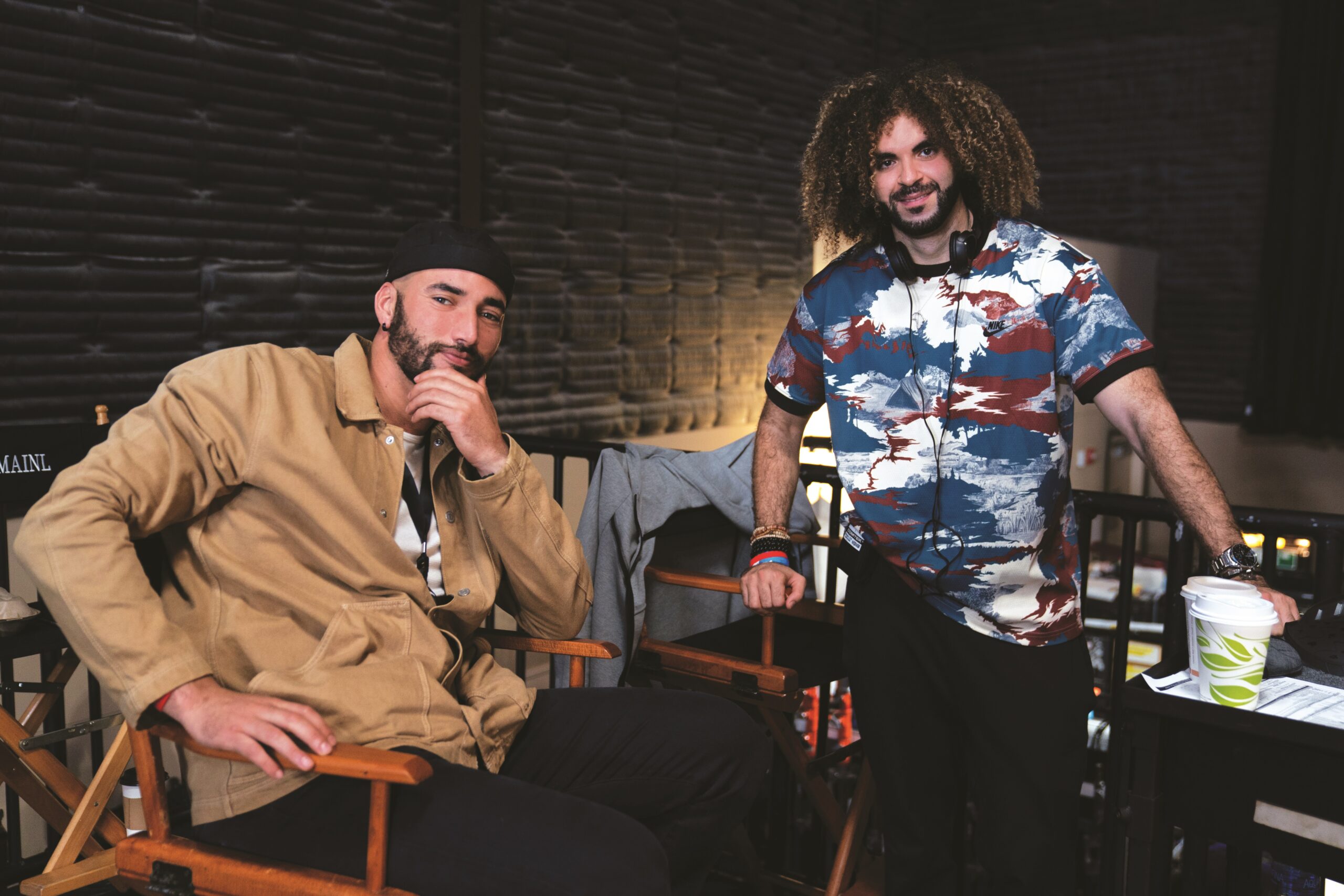 As the world’s first brown and Muslim superhero, Iman Vellani did a fantastic job and considered herself honored for this opportunity even crossing her path. Speaking to BOLD, the Ms. Marvel actress said that she fell in love with the comic book when it came out and read all of them in high school. That’s why she had no difficulty in becoming the character on screen, and didn’t feel any pressure while playing the ‘first-ever’ Muslim superhero in the Marvel Cinematic Universe.

‘I just went to work and had fun, and didn’t think about the responsibility I had on my shoulder. Getting to play the character in a live-action project was all I ever wanted and I was as excited by all the fantasy in the show just like Kamala Khan was in her world. Working with people who had the Marvel logo on their caps and jackets was so cool that I immediately connected to the character I was supposed to play.’ 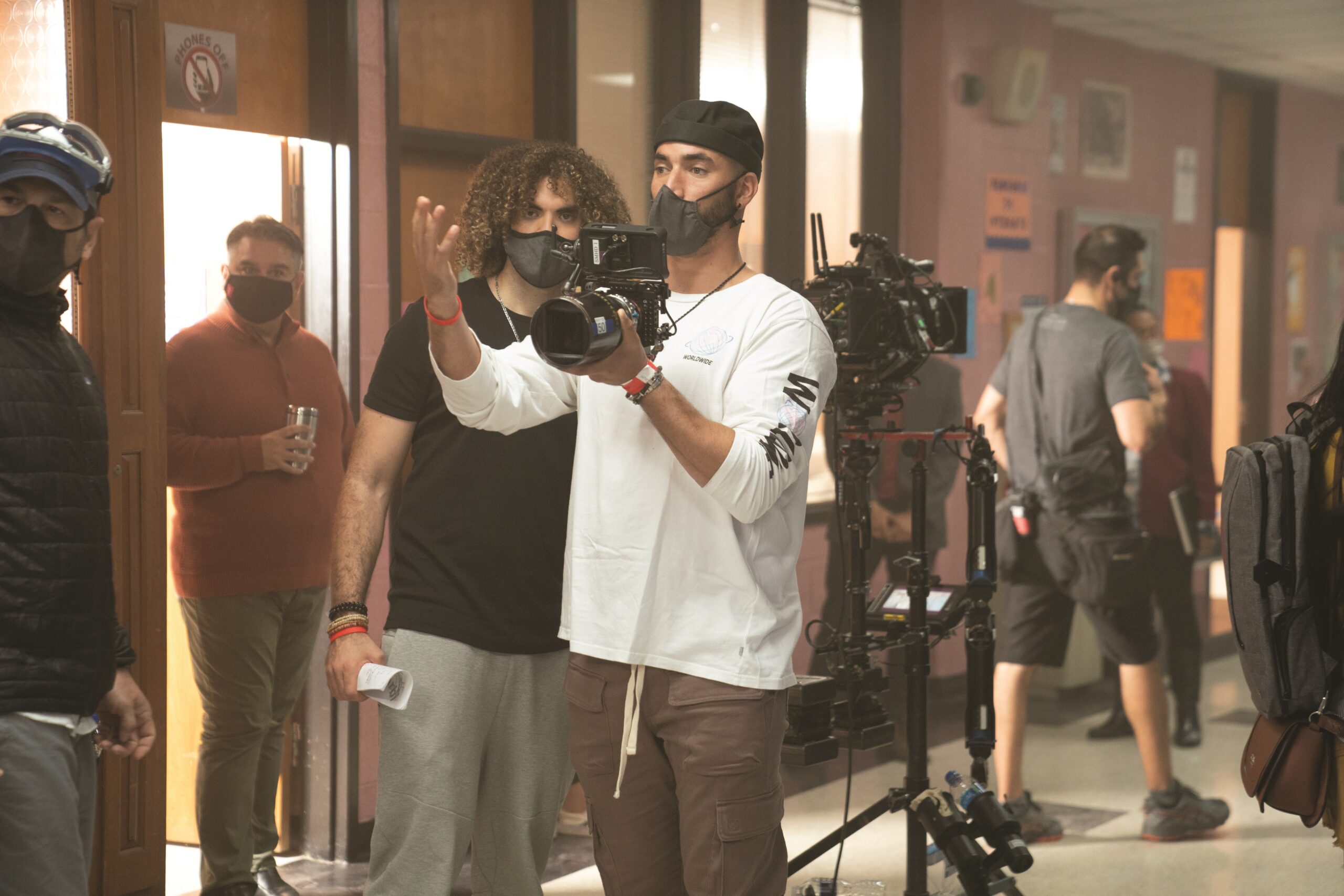 Talking about the stunts that Ms. Marvel performed on the screen; Iman Vellani thanked her stunt double as well as the stunt team for making such a difficult task seem so easy. ‘I had a wonderful stunt team and my stunt double and I really tried to work together as much as we could considering it’s a TV show and everything moves fast. We sat down and worked out what Kamala’s fighting style is and how different of a fighter she is, as well as what her core moves would be. It was because of that collaboration with my stunt double and the stunt team that everything became so easy for me.’

Born in Karachi in 2002, Iman Vellani moved to Canada with her parents when she was one year old. That’s why she didn’t care much about her roots until she found herself working with people from Pakistan, including director Sharmeen Obaid – Chinoy, and actors Nimra Bucha, Samina Ahmed, and Mehwish Hayat. She feels that working with these cool people has inspired her to get back in touch with her roots.

‘Ms. Marvel has helped me reconnect with my culture, something I was kind of dismissive about growing up. Working with so many incredibly talented and cool South Asian and Muslim creatives on our show just really inspired me to get back in touch with my roots, as they were so in touch with theirs. I looked up to them and wanted to reconnect to that side of me.’

Sana Amanat – The Creator and Executive Producer of Ms. Marvel

Born to Pakistani parents who migrated to the United States before her birth, Sana Amanat created Ms. Marvel in 2014 and has seen her become an integral part of the Marvel Cinematic Universe. She believes that this is just the beginning for Kamala Khan, in a lot of ways, and after this TV show she will go on to star in a film, with Captain Marvel!

‘Ms. Marvel is an important member of the next generation of Marvel superheroes and is going to play a vital role in the coming years. She has grown up watching the larger-than-life Marvel superheroes save the world and is really inspired and affected by them. I think now it’s time to tell the story of that young woman.’ 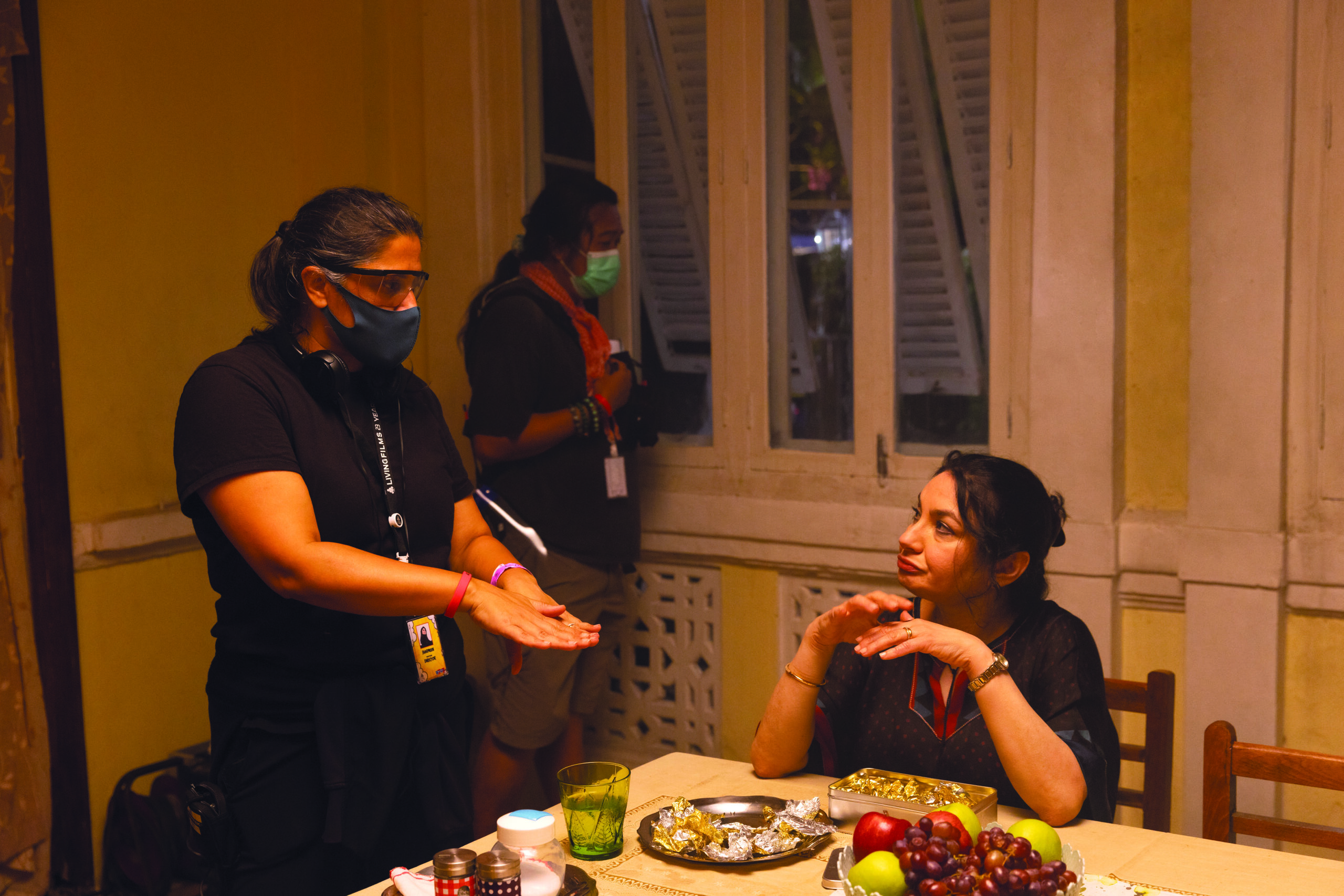 She adds that she feels very excited to see the road ahead for Kamala Khan because it will be fun to follow her journey. About the series’ release in Pakistani cinemas, Sana said that she would have been disappointed had the series not made it to the theatres in Pakistan.

‘I was hoping that the series would somehow be released in Pakistan and was quite excited to know that it could be a possibility. I was very nervous about Disney plus not being there but thanks to Marvel, the theatrical release was made possible. I was not expecting it to happen, and that’s why I was excited; the response has been amazing so far, in fact, it has been incredible.

Sana Amanat also credited the writer of Ms. Marvel comics for making it a relatable character, but not before disclosing that the superhero is partly based on her. ‘Oh, it’s the Mini-Me, a young version of me as well as my nieces and versions of Iman herself. Willow (G. Willows Wilson), the writer of the comic, and I brought aspects ourselves to the character and that’s why a lot of people find aspects of themselves in her as well.’ 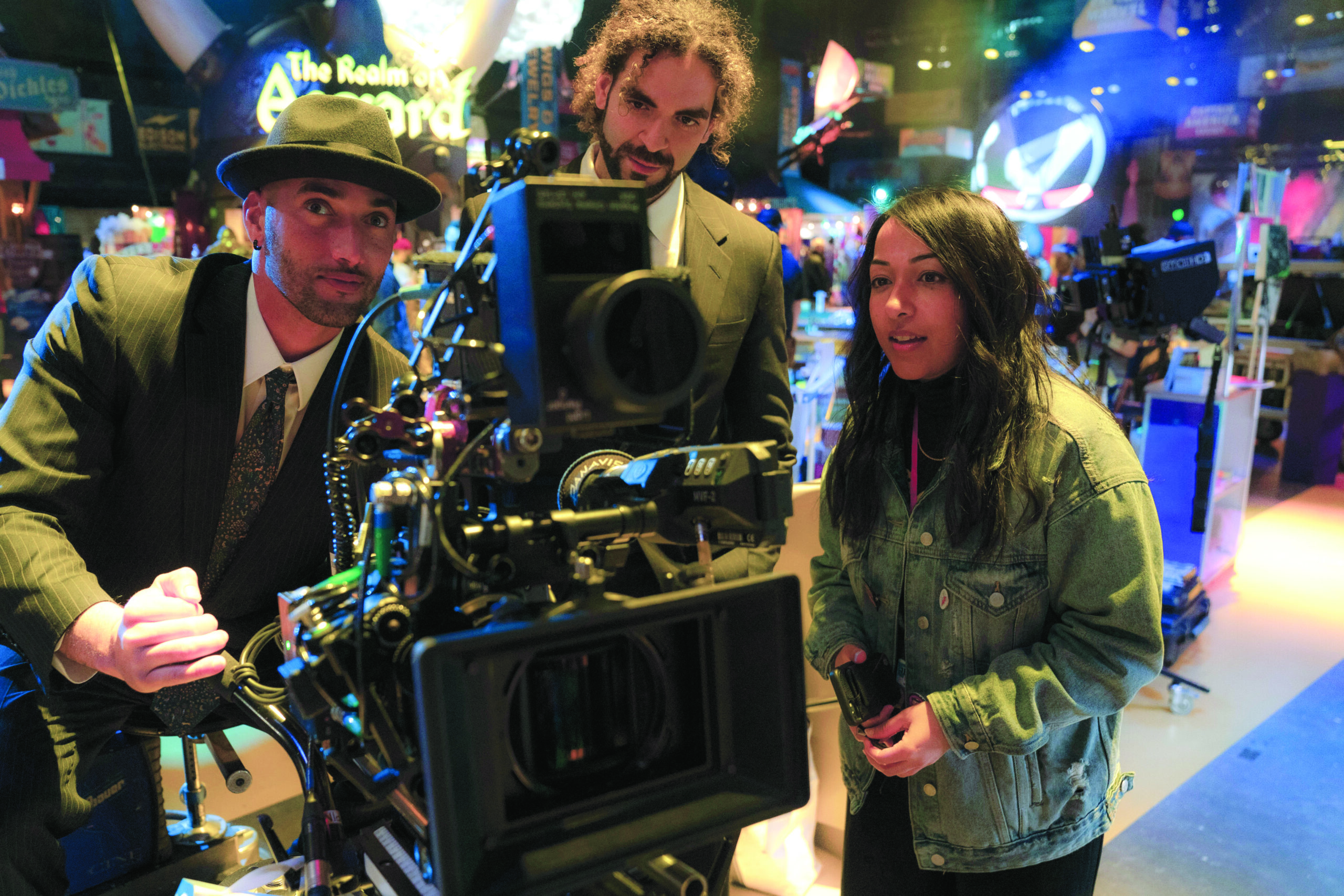 Adil El Arbi and Bilall Fallah are a team of Belgian directors of Moroccan descent who rocked Hollywood by calling the shots for Bad Boys for Life in 2020. They were thrilled to be a part of Ms. Marvel series and led the team of directors who would eventually direct the six episodes between themselves. Talking about the experience, Adil said that becoming part of the Marvel Cinematic Universe was something ‘we had to do’.

‘When we discovered Ms. Marvel, we fell in love with Kamala Khan and wanted to be part of the MCU. In order to make it different than the other Marvel shows and films, we wanted to use animation for her fantasies. The best part was that Kevin Feige (Chief Creative Officer of Marvel Entertainment) and Marvel allowed us to show the interesting creative aspect of her mind and gave us a lot of freedom for that. It was crazy to be allowed to do something like that and at the same time be part of a larger Marvel Universe.’

Bilall credited the passionate individuals who were part of the series and helped them take it to the next level. ‘Everybody was so passionate about the project, everyone wanted to tell the story. This was a passion project for everyone from the cast to behind the camera and it would not have been possible without their creative input. It was the teamwork that took the series to a higher level and we are blessed to have such an awesome team.’

In the end, when asked which Marvel character they would like to direct next, after Ms. Marvel, the duo named Blade and Deadpool as their picks. According to them, these two violent characters are the exact opposite of Ms. Marvel and would give them a chance to showcase the ‘other’ aspect of their direction.

HKC Entertainment will release the third and fourth episodes of Ms. Marvel in cinemas all over Pakistan on 1st July; the final two episodes would be release.