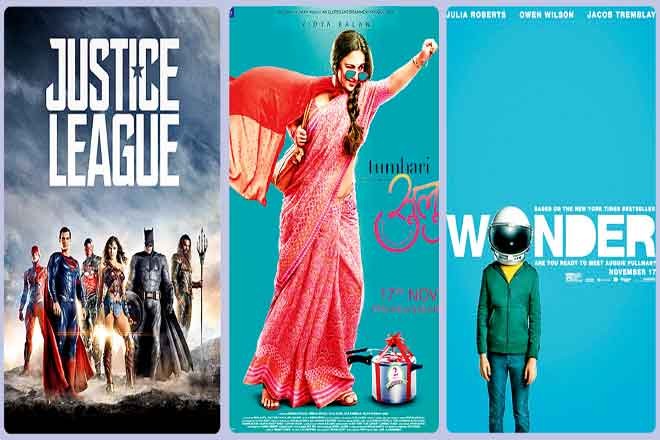 Zack Snyder is the main reason why even the combined superpowers of Superman, Batman, Wonder Woman, Cyborg and Aquaman couldn’t save the first Justice League film from being a disaster. Yes, they tried to insert wit and humour to match Marvel’s films but there were too many dialogues that weren’t needed; fewer action sequences and an irritating Flash who not only broke the flow of the dialogues but also seemed heavily inspired from Tom Holland’s Spiderman.

Steppenwolf (Ciaran Hinds) and his forces have invaded Earth with the plan to take over the planet, however, Batman and his gang minus the late Superman take on the super villain and fail. They then hatch a foolproof plan to take on the main villain and come out victorious thus forming the Justice League. Does the Superman-less League have the ability to stand against the mightiest of villains? Is Batman able to lead the band of superheroes without questioning his own self? Watch Justice League for all the answers regarding the good meta-humans.

The biggest flaw of this film is that it tries too hard to be a Marvel flick rather than a DC one. Come on, the mid-credit and post-credit scenes are Marvel things and Christopher Nolan had criticized them in the past so why change your stance now? Is it because Marvel flicks are doing well and DC films aren’t or there is more than meets the eye. Instead of increasing the action sequences, the director went for dialogues that did nothing to develop the characters or keep the audience’s interest alive. All the superheroes reprise their roles and stay in character but it would have been better had they seen the Justice League animated series to get an idea as to how their character is supposed to fight, act and blend in public. Only to be watched for the love of DC as it offers nothing else at all!

While Justice League disappointed, Tumhari Sulu took our expectations to an all-new level; the film takes place in the middle-class section of our society but it is the way that the characters are written and portrayed that makes you want it never to end.

Sulochana (Vidya Balan) plays a competitive housewife who does everything to the best of her ability; when she comes across a chance to become an RJ, she grabs it and in a short number of days (read nights) becomes the most loved celebrity. Her family life gets disturbed, especially her loving husband and school going son, because of her bold move but she bounces back and wins ’em all. How? Watch the film if you want to know how she made it back from being on the brink of destruction.

We all know that Vidya Balan is probably the best actress of her generation who can be dirty (The Dirty Picture), slutty (Ishqiya) and a perfect girl (Parineeta) however here as a near perfect housewife, she manages to take her performance to the next level. She uses her voice as a tool and comes out as a winner. Manav Kaul as her husband is equally good and portrays the anger of a working-class family man who takes all the help he can get. Neha Dhupia as Sulu’s boss is exceptional as well as is the rest of the cast who come and go, playing characters that are closer to our lives. Director Suresh Triveni seems to have observed the traits of middle-class families and combined them as one in his script. Must watch despite being very low-budget.

You don’t get better films than Wonder as they take out all the suppressed emotions inside you and display them on the screen to smile and cry over them at the same time – smile on why you suppressed them and cry on finally getting rid of them. It is a story that doesn’t require suspense, thrill or action but is carried forward simply with love and honesty, two basic rules of happiness.

The film revolves around the life of August (Jacob Tremblay) who suffers from Treacher Collins Syndrome and how his first year at school (in the fifth grade) goes. For a kid who is considered an outcast and doesn’t have any friends, he manages to make a place for himself in the school learning how to stand out in his own way. His parents struggle with this disease, his sister’s reaction to preferential treatment to Auggie is what this film is all about.

Good acting can make an ordinary script look good but here, great performances make an already great script look out-of-this-world. The sequences where Auggie comes out of the school with a friend or where he finally finds out that school is not that bad are the ones that make you want to stand up and clap. There are other scenes as well that make you cry your heart out because they somehow remind you of the way you or someone you know was treated in school. Julia Roberts and Owen Wilson click as Auggie’s parents while Jacob Tremblay aces the role of an outcast and he makes you fall in love with him.