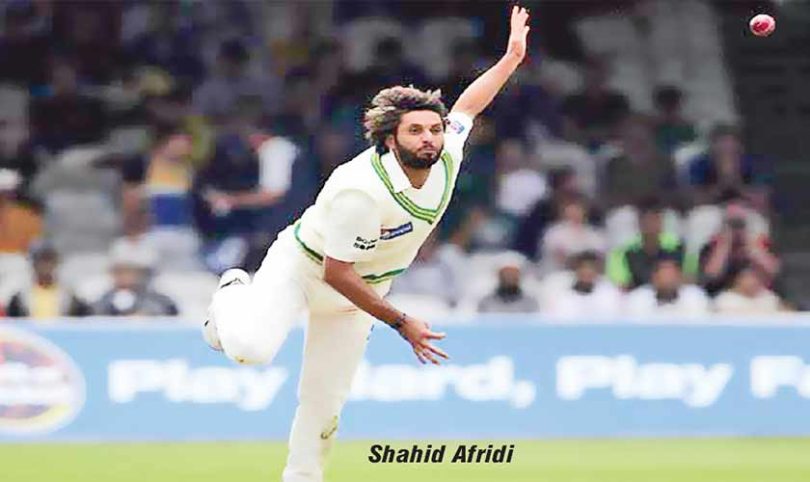 Taking the most number of wickets in an innings is the aim of every bowler around the world who plays Test, ODI, or first-class cricket. Only a few lucky ones manage to take as many as nine wickets in an innings and their feat is remembered for a long time. However, Abdul Qadir wasn’t that lucky because his record-breaking feat was overshadowed by a controversy that strained the relationship between Pakistan and England. During the 1987 series against England, Abdul Qadir ended the first innings of the first Test at Lahore with as many as nine wickets for just 56 runs. His figures are still the best by any Pakistani bowler in a Test innings; he ended the match with 13 wickets but what happened in the next match became the highlight of the season. In the match at Faisalabad, English captain Mike Gatting and Pakistani umpire Shakoor Rana had an ugly spat that saw the match get suspended and England lose a match they could have won to level the series. Some might remember Qadir’s nine wickets but whenever one thinks of the series, the image of Captain and Umpire pointing fingers at each other comes to mind.

Ever since he made a comeback in the Pakistan side in the latter half of 1995, Mushtaq Ahmed featured in every Pakistan win, be it against Australia in Australia, New Zealand in New Zealand, England in England, or even South Africa in South Africa. He was at ease at home too and took the center-stage until Saqlain Mushtaq replaced him as Pakistan’s number one spinner. In the home series against New Zealand in 1996, he took 18 wickets but his performance was overshadowed by two debutants – Mohammad Wasim and Mohammad Zahid. While Mohammad Wasim scored a century on Test debut (after scoring a duck in his first outing) and nearly won the match for Pakistan, Mohammad Zahid ended with 11 wickets on Test debut, steering Pakistan towards a series-leveling victory. As a result, Mushtaq Ahmed (10 wickets in the first match, 8 in the second) was neither the Man of the Match nor the Man of the Series!

Had he not scored a century in his second Test match, Shahid Afridi might have been known as the leg spinner who took five wickets on his Test debut against Australia in 1998. Thankfully for Pakistan and sadly for Shahid Afridi, whenever people think of Boom Boom in whites, it is the image of the Test century against India in the Chennai Test that comes to mind, not the five-wicket haul against Australia in Karachi a few months earlier. Afridi went on to score four more tons in his Test career but never again took a five-for, which actually makes you sad. Doesn’t it?

How many bowlers have taken five wickets in four consecutive innings and didn’t get even one Man of the Match award in modern-day cricket? If the name of Saqlain Mushtaq doesn’t come instantly to your mind, then you are not a genuine fan of the Pakistan cricket team. Not only did he steer Pakistan to a 12-run victory against India in Chennai in 1999, he destroyed the Indian batting in the second Test as well. However, Afridi’s century in the second innings of the first Test and Anil Kumble’s ten wickets in an innings in the second Test deprived Saqlain Mushtaq of the Man of the Match award he deserved. Yes, he was declared Player of the Series but fans around the world (except India) still curse West Indian Match Referee Cammie Smith for declaring Sachin Tendulkar as the winner in the first Test: the Test in which Shahid Afridi scored a match-winning century and Saqlain Mushtaq took five wickets in both innings. Sachin Tendulkar was neither the top scorer of the match, nor ended on the winning side.

From 1996 to 2002, many Pakistanis scored centuries on their Test debuts, including Mohammad Wasim, Azhar Mahmood, and the legendary Younis Khan who went on to break all national records for Pakistan. However, one cricketer whose name does appear in the century on Test debut list but doesn’t ring a bell is Taufeeq Umar, the left-handed opening batsman who represented Pakistan in both Tests and ODIs. He debuted at the Test level against Bangladesh at Multan in 2001, and scored a century on his debut, scoring 168 runs for the first wicket with Saeed Anwar. However, Saeed Anwar, Inzamam ul Haq, Mohammad Yousuf, and Abdul Razzaq also scored centuries in the match as Pakistan posted 546 runs on the scoreboard for the loss of three wickets. Had Danish Kaneria not taken as many as 12 wickets in the match (6 in each innings), Taufeeq Umar’s name might have been considered for the Man of the Match, but a leg-spinner’s ten-wicket haul is always bigger than any century (or centuries) on a batting paradise.