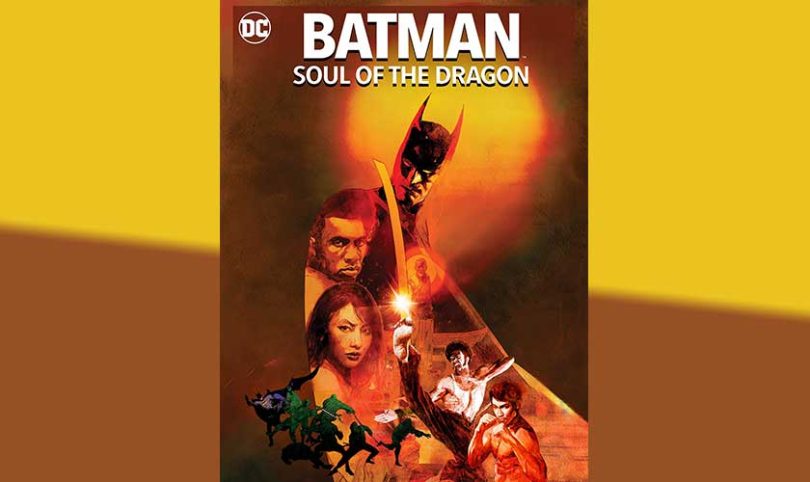 Before billionaire and playboy Bruce Wayne, whose alter ego ‘Batman’ became the ferocious defender of Gotham City, he was just a privileged man.

Though Batman established himself (time and again) as a terrifying vigilante but before he achieved this status, he was just Bruce Wayne, the billionaire heir who struggles to find inner peace.

In Batman: Soul of the Dragon, we’re introduced to one of his mentors who also doubled as a friend. He hung out with him while under his tutelage.

This is where things get very interesting. The story is not so much about Batman in all his glory and gadgets. Instead it reveals and revolves around Bruce Wayne’s early days when he was training to become a crime fighter. His quest for precision took him to a secret monastery named Nanda Parbat where the caretaker O-Sensei (James Hong) took him under his wings. It was here that he met his fellow students who would go onto become his friends.

Their union lasts only till one of them turns rogue and takes the life of another group member, forcing the master to take matters into his own hand.

What happens after the two join hands with their long-lost friends is the ‘soul’ of this animated film. From searching for a missing ‘Soul Breaker’ sword to stopping a demon from entering the world, this group takes on dangerous roads.

They even take on the challenge of defeating the dangerous snake cult Kobra (head-on) and fight with all their skills, collective and individual, to save the day.

Do they manage to win the fight or are in for a surprise – watch the film to find out.

Batman might have less to do in this film but that’s because it’s an origin story for the other ‘original’ characters, especially Richard Dragon, who has a huge fan base when it comes to DC’s Martial Arts comic books, as Kung Fu Fighter. It wouldn’t be incorrect to say that Richard Dragon is the film’s main protagonist. However, even he had to ask Bruce Wayne to join him, because without the billionaire he would have gone from Gotham City empty-handed.

One must remember that Bruce Wayne was also starting his innings as Batman, and needed friends to discover his own self, something that helped him chart his own path in later years.

Batman: Soul of the Dragon is set against the background of grade-A animation but the vintage background score is what should win over curious viewers. It is a reminder of classic films set in the Swinging Sixties and the Seventies like Once Upon A Time in Hollywood, Argo, American Hustle (among others) and carries the same feel throughout its run. Had DC folks been a little imaginative in the early ‘70s, they might have made a story like this into a live-action film.

Furthermore, the nostalgic feel that viewers experience today would have been in place. Some might disagree with the straightforward plot, the retro background music, or Batman’s presence in a movie that could have been completed without him. That said, without the narrative featured in the animated film, Batman: Soul of The Dragon, it wouldn’t have the rich soul it has. Something to think about, DC Comics.