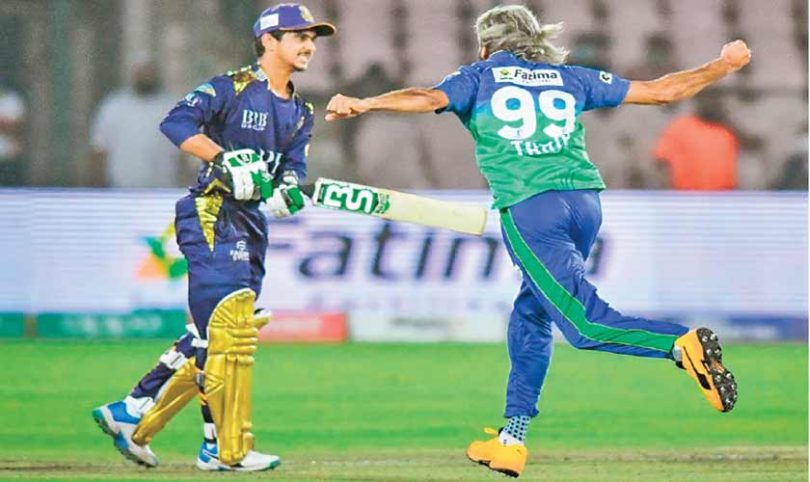 PCB Should Book A Decent Hotel Exclusively for PSL-6!

One of the main reasons Pakistan’s tour of England last year was a success and PSL-6 wasn’t, had more to do with ECB’s smart decision than PCB’s lack of imagination. They made sure that both the teams stayed in a Bio-Secure Bubble and in order to ensure that they held matches in quick succession and on grounds where the hotel was close to the stadium. Karachi’s five-star hotels are not close to the National Stadium, despite the signal-free traffic for the Cricket teams, and during the PSL, they are open for business, as usual. It would be great if PCB booked one of the major hotels exclusively for the event – not necessarily a five-star one – and schedules two matches in a day so that the event is over in 10 days. Otherwise, we might have to witness another postponement, which will hit Pakistan Cricket hard.

No Spectators, No Problem!

With COVID-19 on the rise and people not getting vaccinated at the rate expected, it would be great if the event was held behind closed doors, with no spectators. Yes, it would be June and the schools would be off in Karachi but that adds more weight to the ‘behind closed doors’. It helped complete the PSL-5 last year and it will definitely help the current edition, where breaching Bio-Secure Bubble seems to be the norm of the day. Spectators would also like to see a complete PSL-6 than another postponement and wait for the next edition to enter the stadium without any fear of the pandemic.

Like they did in India, Australia, and England, PCB should hire third-party contractors who ‘don’t give a damn’ even if you are the Captain of one of the franchises. It was because of the non-serious attitude of most of the national Cricketers that saw PSL-6 being postponed, and if they are not stopped this time, they will embarrass themselves as well as Pakistan in front of the whole world.

And finally, Pakistan Cricket Board should ensure that no one should enter/exit the Bio-Secure Bubble once the tournament begins. You might be the person bankrolling one of the franchises, and want to hang out with the Cricketers, but only after the event is over. PCB should make sure that if any person – be it a player, official or franchise owner – breaches the protocol, the franchise should be fined for the ‘crime’. It could be a monetary fine, a ban on that person, or a deduction of a few points, and trust me, after one incident and subsequent punishment, no one would try to act smart and break the bubble.