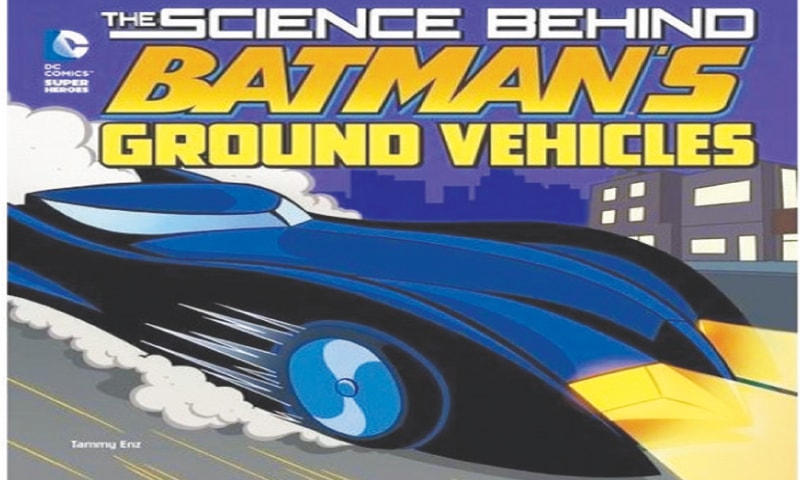 We all love Batman for many reasons, including making the streets of Gotham City safe for its residents. Be it the ground vehicles in which he roams on the streets or his unbelievable gadgets, everything the Dark Knight does makes us want to emulate him in real-life. What if I told you that the features in many ‘Bat-vehicles’ used by the Dark Knight were inspired from real-world science or inspired engineers, and weren’t limited to the world of comics? It’s hard to believe, but it’s true because whatever the Batmobile or the Bat-cycle does, can be performed in real-life as well.

Tammy Enz’s The Science Behind Batman’s Ground Vehicles discusses all such cars and vehicles that either inspired Batman’s mode of transportation or were inspired by them. Be it the stealth-mode used by the cars in Caped Crusader’s garage or the bullet-proof technology that protects them from all kinds of bullets, Batman has been there, done that. What’s surprising is that there are cars in real-life that can do the same and the science behind them is explained well by the author.

Categorised in three chapters — Superhero Wheels, Power Boosts, and Hidden Capabilities — this treasure trove gives you insights on anything on wheels that has any resemblance with the happenings in Gotham City. If you think that supersonic cars or cars with ejection seats is just part of fiction, then this book and its amazing images will prove you wrong. It also proves that there are cars in the real world that can be used as a plane or as a boat, and if that’s not amazing, I don’t know what is!

And then there are the Bat Facts that make their appearance on a few pages, providing you with interesting trivia such as the origin of turbochargers in cars, how a car defies gravity in reality and the name of US President’s bulletproof vehicle. Every unfamiliar word in the book is explained on that very page whereas a glossary at the end makes it easier to understand what is written in the book. If your friends don’t believe you, show them this book and turn them into a believer, for their own good. Otherwise, Batman will have to do that for you!