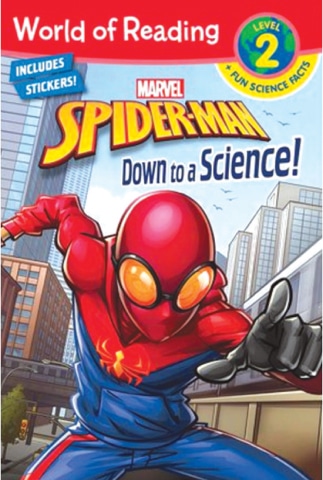 There are millions of ways to understand science, but the best is when your favourite teacher tells you how it’s done. Spider-Man does the same in Down to a Science book, where you get to know many things you didn’t know while Spidey is battling with Vulture because that’s what the friendly neighbourhood superhero does!

This book is something an avid Marvel fan would love — be it young or old. Here you get to learn that one shouldn’t think about himself while doing a task because helping others is what makes one a hero. Here, Spider-Man is helping you understand the basics of lasers, gravity, sonic boom and others since they all are used in the battle between good and evil. You also get to know about robots and the power of a single candle flame which is surprising, since you don’t get to read such things in school books.

Wouldn’t it have been better had these books been used in schools rather than the boring ones where there is no superhero nor someone to defeat?

To make your brain gather knowledge and then use it to impress friends, there is a quiz too at the end that wouldn’t be difficult if you had read the book. A hint for the readers is that the pointers regarding scientific terms will be the key to these questions. The text of the story is also easy to read and you can take the book to your bed, reading yourself to sleep. Don’t let the illustrations scare you because no matter how ugly the villain might look, Spider-Man will always save the day.

And then there are the stickers at the end of the book with Spider-Man and his villains in action. You can paste them anywhere but they would be long-lasting if placed on a board or in a book you love. So swing into action and get ready for an adventure with Spider-Man where he teaches you ways to defeat evil but also learn science like never before.