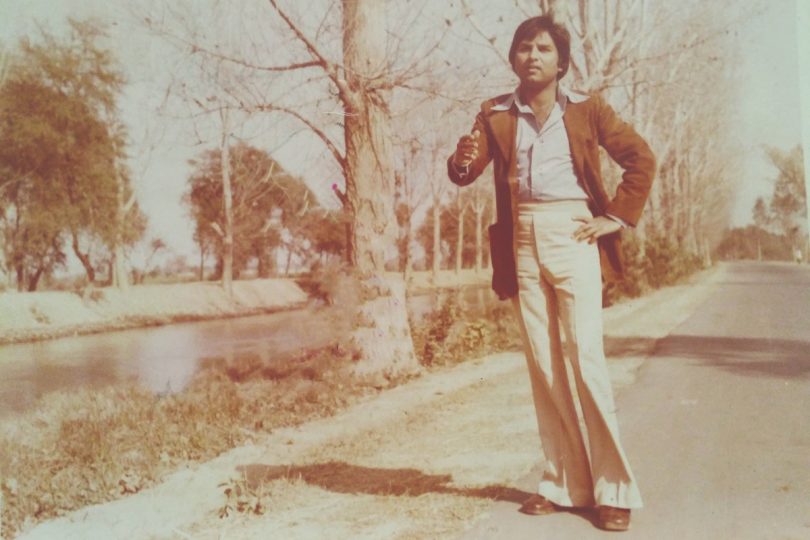 On the 23rd death anniversary of Akhlaq Ahmed, BOLD remembers the versatile singer who  ruled the world of film music in 1970s and 80s

Whenever the history of Pakistani cinema would be written, Akhlaq Ahmed’s name would be there as one of the most prolific singers the country has ever seen. Not only did he feature in most of the hit filmi numbers during the 1970s and the 1980s, but his voice also suited all the actors of his era, making him suitable for Nadeem, Waheed Murad, Rehman, Faisal, and even Sultan Rahi.

Along with A. Nayyar, Akhlaq Ahmed dominated the film industry for more than two decades before his life was cut short in 1999, due to blood cancer. Even then, from the better part of the 1970s and the 1980s, he was the leading playback singer for Pakistani cinema and kept his fans entertained with his soothing vocals.

Born in the Indian city of Delhi in 1946, Akhlaq Ahmed migrated to Pakistan with his family in the 1950s and began his career as a vocalist in the city of Karachi. At that time, Ahmed Rushdi dominated the film music scene, and youngsters like Akhlaq wanted to emulate him. Although Ahmed Rushdi was considered unstoppable due to his popularity as well as his ability to render sad and happy numbers, Akhlaq Ahmed brought two things with his performances that Ahmed Rushdi lacked – trained vocals and punctuality.

The youngster made his film debut as a playback singer with Lal Mohammad Iqbal’s Pazaib in 1972, and after struggling for a few years, dethroned the very Ahmed Rushdi from the top position he idolized. From Sohail Rana to Nisar Bazmi, M. Ashraf to Kamal Ahmed, leading music composers of the era began composing songs with Akhlaq in his mind, and since he had a sweet voice and sounded more like Mohammad Rafi, romantic ballads came his way.

However, it was his association with another music composer Robin Ghosh that saw him reach the pinnacle of his career. From their first film together in 1974 till his last song 22 years later, the duo delivered countless hits that included Saawan Aaye from Chaahat (1974), Dekho Yeh Kaun Aagaya from Do Saathi (1975), Sona Na Chandi from Bandish (1980), Samaa Woh Khwaab Sa Samaa from Nahin Abhi Nahi (1980), and Kaise Jieeyain Tere Bin from Ghoonghat (1996).

Akhlaq Ahmed sang most of his songs for veteran actor Nadeem and East Pakistani actor Rehman who decided to stay in Pakistan and produce Urdu films after the creation of Bangladesh. Since their frequent collaborator was another East Pakistani fellow Robin Ghosh, they preferred the extremely professional Akhlaq Ahmed over others who were way too busy for them. This resulted in a number of hits that have stood the test of time and are still popular after more than 25 years.

He wasn’t just limited to solo numbers but also sang a huge number of duets with Naheed Akhtar and Mehnaz, who began their careers during the 1970s. The last decade and a half of Akhlaq Ahmed’s career were very difficult for him since he spent it fighting blood cancer, and was admitted to a hospital in London where he lost his battle to the disease on 4 August, 1999.

Just days before his death, he gave a video interview to cricketer turned actor Mohsin Khan who went to England to cover the Cricket World Cup in the same year. Akhlaq Ahmed’s fans were unable to recognize him because he had lost weight due to his illness but even then when he hummed a few lines for the camera, the quality in his vocals was very much there.

During his career, Akhlaq Ahmed remained on top of his craft and managed to become the face of filmi music in Pakistan, after the death of Ahmed Rushdi in 1983, and the retirement of Mehdi Hassan a couple of years later. Most of his songs – whether be it slow ones, romantic duets, or happy songs – have stayed popular both in Pakistan and India, and inspired many to take up singing.