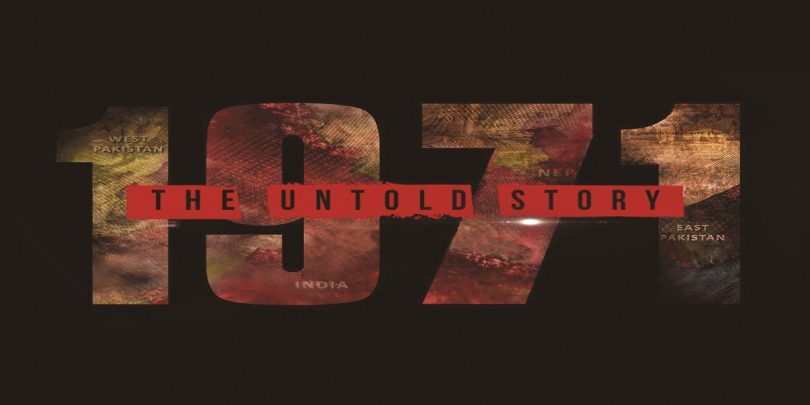 With a rise in period films, documentaries and dramas revolving around the separation of East and West Pakistan, how successful is the re-narration of events in 1971 (and are people ready for it?)

Karachi: Period films and TV shows are not just a sneak peek into the past, but also a gateway into the history where everything that mattered, happened. If Hollywood had their 1917 and Dunkirk, then Pakistan has its very own 1971, the year when two wings of one country were clipped – West Pakistan became Pakistan, and East Pakistan became Bangladesh. The matter was considered taboo when it came to curriculum and films, but it all changed in 2021 when the tragedy completed its fifty years.

Recently, as many as two films – one feature film and one documentary film – were screened in cinemas that revolved around the 1971 tragedy, while many plays made it to the TV screens where the audience were transported back in time. Some of them discussed the tragedy by staying in the present (Khel Khel Mein, Separation of East Pakistan – An Untold Story) while others (Jo Bichar Gaye and Khaab Toot Jatay Hain) showed the root cause of all anarchy and chaos that divided the two Pakistans. What were the reasons that compelled the makers behind these projects to go ahead with them, and did they achieve the desired result, let’s find out.

Khel Khel Mein – A step in the right direction

In the last 10 years, every film project that seemed ‘different’ for some reason featured the name of Fizza Ali Meerza and Nabeel Qureshi in the credits. From Na Maloom Afraad to Actor In Law and Load Wedding, the producer-director duo was there from the moment the idea was conceptualized, till it was finalized as a project. While their fans expected them to release Quaid-e-Azam Zindabad as their next flick, they came with Khel Khel Mein which kick-started the resurgence of period projects.

The film revolved around a group of Pakistani college students who went to Dhaka, Bangladesh to participate in a drama competition and ended up winning the hearts and minds of all, with their conduct. Not only that, one of the principal characters in the movie searched for a loved one and met that person, which is something many in the current generation could relate to.

The makers behind Khel Khel Mein handled the sensitive subject in an excellent manner, considering there were people out there who were witnesses of the tragedy that happened back in the day. Those who had grown up listening to the incidents that led to the creation of Bangladesh (including this scribe) were gripped by the happenings on the screen, while others who had lived it, were in tears by the time the film ended. Worth being lauded for the effort, it could be taken as a step in the right direction, for the other projects that followed it, taking the narrative forward.

1971 – Separation of Pakistan: An Untold Story

The name of Javed Jabbar is synonymous with quality, for people are still trying to emulate whatever he has done in the last five decades. He was working as a budding filmmaker when tragedy struck in 1971, but even then, it took him 50 years to come up with this version of the Dhaka tragedy..

In his 1971 – Separation of Pakistan: An Untold Story, Javed Jabbar uses his contacts as an influential Pakistani to rope in comments from those who matter, giving a fresh insight into the creation of Bangladesh. These people are authors, journalists, and opinion makers who have either written on the subject, were there when it all happened, or had read about it more than the common man.

Through various clips that appeared on the international media when East and West Pakistan existed, JJ has tried to show the real side of the story, which was neither backed by India nor Pakistan. He even debated the exaggerated number of deaths that were reported by the Bangladeshi media with facts and figures, making sure that the future generations know the real story than the fabricated one.

Talking to BOLD, Javed Jabbar said that it was this misreporting of facts besides other things that made him go for the documentary, “I have been reading, writing, and speaking on this subject sporadically over the past 3 decades. I have lost a dear West Pakistani friend to mob violence in East Pakistan in March 1971 and a Bengali East Pakistani to ‘possible but yet unproven violence’ by West Pakistani elements during 1971.”

“I am also privileged to have several friends in and from Bangladesh with our friendships spanning many decades. In addition to this personal bondage with what was formerly East Pakistan, as a student of history, I noted that while there are several good books – and some bad ones – written about 1971, there was not a single film documentary made from an independent individual Pakistani perspective. Thus, instead of writing a book to mark the 50th anniversary of the parting, the decision to make a film was taken in 2020 with the valued help of producers Erum Binte Shahid and Maria Wasti of Evolution Media,” revealed Jabbar.

He, however, doesn’t agree with the fact that ‘discussing Bangladesh in Pakistan is a taboo subject, expanding on his stance, he shared, “There has been an attempt to discourage discussion and detailed analysis, both at the educational level and in public discourse. But in sections of media, the subject does recur. We should be far more open and willing to discuss.”

Javed Jabbar declared that he firmly believed that audiences in Pakistan were ready to listen to different interpretations of what happened in 1971, and that’s why he came up with what he considers a balanced version of the tragedy.

“Some of us have already adopted rigid convictions and seem unwilling to accept new facts or interpretations. However, that should not prevent us from projecting different interpretations of the policies and actions taken by the principal actors of that saga: Yahya Khan, Sheikh Mujibur Rahman, Z.A. Bhutto, Indira Gandhi, and other major nation-states with an interest in South Asia: USA, USSR, China. We should encourage discourse in which it is possible to peacefully, respectfully listen to interpretations entirely different from our own,” quoted the filmmaker.

When teasers of Khaab Toot Jatay Hain were aired, many thought ‘what could a miniseries do in an era where a feature film and a documentary had already tackled the subject’. However, when the Amjad Islam Amjad play was aired, featuring director Mohammed Eheishamuddin in the lead, it made people take note, because it was based on Professor Sajjad Hussain’s The Wastes of Time, and was executed in a classy manner.

The miniseries showed that the professor wasn’t just a wrong person at the wrong time when East and West Pakistanis were at loggerheads, but how he kept his head high despite being jailed in the newly created state of Bangladesh for no reason. How he ended up in the scenario, why he was singled out and what were the repercussions of his principled stand, this series covered it all.

Produced by actor Bilal Ashraf and Mohammed Ehteshamuddin’s Beehive Trans Media, it was lauded for its realistic execution. Speaking to BOLD, Mohammed Ehteshamuddin said that through this four-episode project they had laid the foundation of the miniseries culture in Pakistan, and is hoping that it will herald the beginning of a new era.

“There was no better time to talk about Dhaka Debacle than on its 50th anniversary; we couldn’t have opted for better source material than Professor Sajjad Hussain’s book because he had described the tragedy as an eyewitness, and was one of those affected by it. Why was a learned man incarcerated when he should have been left untouched, raises a lot of questions, and made it an excellent choice for dramatization,” he shared.

He further added that by going for the miniseries format, they want the world to know that filmmakers in the country are capable of quality work. Now that the miniseries were appreciated by the audience, it would give the much-needed ‘push’ to those filmmakers who have stories to tell but weren’t sure about which format to go for.

And then there was the adaptation of defense analyst Colonel (retd) Z I Farrukh’s novel Bichar Gaye that captured the audience’s imagination by taking them back in time. Directed by Haissam Hussain, who had previously delivered the best period drama of recent years Dastaan, Jo Bichar Gaye features Wahaj Ali, Maya Ali, and Talha Chahour in the lead, and looks promising.

The cast also features Nadia Jamil, Sajid Shah, Adnan Jaffer, and a few new names, who all look the part, while the execution is near-perfect. As for the main lead, Chahour impresses as a West Pakistani army officer in East Pakistan, who befriends the gorgeous Maya Ali, whose mother is from West Pakistan. Wahaj Ali plays the right-hand man of the father of Bangladesh Mujib ur Rehman and motivates his fellow East Pakistanis into becoming Bangladeshis. How things got out of hand, and when did his rightful struggle became a violent one is what makes this drama worth your time.

In Pakistan and Bangladesh, over 50 years after the war, the year 1971 still remains poignant on both a personal and at a national level. It continues to shape the lives of people who suffered and witnessed the conflict, and with a fresh take on the unbiased narratives, the entertainment industry is finally heading in the right direction.