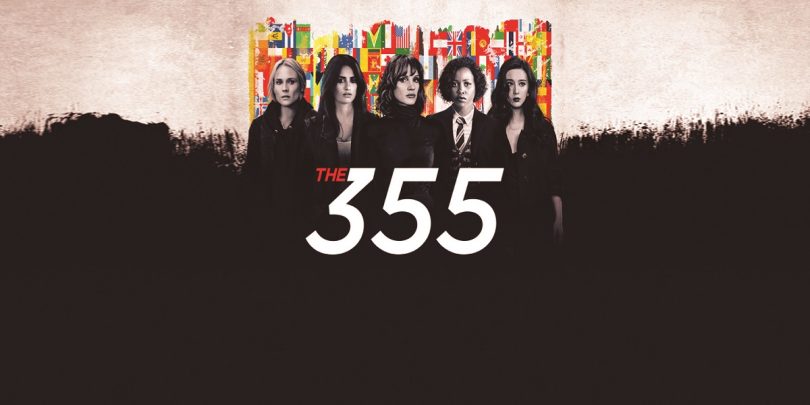 Put a great female cast in one TV show pilot and you get a sure-shot hit series; put them in a good romantic film and it might end up with an Academy Award. However, the experiment of putting as many as four wonderful actresses together for an action film failed so badly that no one would dare to go into the spy territory, with an all-star female cast, for a long time.

The cast of the peculiarly named The 355 included Oscar winners Penelope Cruz & Lupita Nyong’o besides Academy Award nominee Jessica Chastain and the lovely Diane Kruger, yet it failed to hit the bull’s eye for various reasons. On one hand, the makers believed that they were empowering women in by not casting a leading man, while on the other, they felt that once people would see women saving the world, they will throng the cinema in unison. Instead, The 355 comes out as an incomprehensible mess of a film, lacking both vision and execution, and is as forgettable as the most forgettable film, you can’t remember.

Like all spy flicks, it featured a threat that could shift the balance of power towards one country; and in order to keep the world safe, leading spy agencies wanted to have that power in their grasp. Things got out of hand when female agents couldn’t get the gadget that could change the dynamics of power and when it kept moving around the world, the operatives decided to join hands to save the world.

It took the might of CIA operative Mason Browne (Jessica Chastain), German agent Marie Schmidt (Diane Kruger), MI6 operative Khadijah Adiyeme (Lupita Nyong’o) and DNI agent Graciela Rivera (Penelope Cruz) to defeat the evil men who wanted to play god, but they forgot that there was no Ethan Hunt in the team. They were deceived at every corner, and despite being good enough to qualify as agents, they seemed inexperienced, and lost the battles, even if they did end up winning the war.

What began as a James Bond or a Jason Bourne wannabe ended up at the rock bottom of spy movies, because the film just couldn’t get anything right. Despite being just 2 hours long, this Simon Kinberg-flick seemed like too long, for so much happened in so little time that the viewer ended up confused after every few minutes. There were so many twists in the tale that the film should have been named ‘Twisted’ instead of The 355 the meaning of which was unclear to the viewer till the last scene.

On paper, with four drop-dead-gorgeous agents nothing could go wrong, except, everything does. Most of the action revolved around Jessica Chastain and Diane Kruger who are both wonderful actors, but while Chastain seemed unfit to lead as an agent, Kruger looked too beautiful for fieldwork. Spanish star Penelope Cruz was wasted in the role of a psychologist who despite being in her 40s behaved like a teenager. Enters Lupita Nyong’o who saves the day with her brains, and charisma but by that time, the ship had already sunk and little could be done; even Chinese star Bingbing Fan’s entry was lost to the already-bored (or sleeping) audience.

What really killed the film was its decision to be an ‘all-star-female’ spy thriller, without realizing that even Mission Impossible has a female member on the team. It seemed to have been created with the sole aim to counter the Tom Cruise-led franchise that saves the world on a daily basis, and prove to the world that women can do it better than men, but sadly, the film dented the mission, instead of helping it.

If one puts aside the poor script, the poorer execution and the poorest choice of locations (who shoots on set in a foreign location!) the film would have been saved, had more time been given to the creation of characters. Relying on mindless gunfire, stupid cliches, and haphazard editing, the film had nowhere to go but downwards and that journey was completed in record time thanks to nonsense destruction and disjointed sequences. It seemed that a 90s movie aficionado was asked to choreograph the fight sequences, one who had seen nothing except John Woo flicks, that too while sleeping, for that’s exactly how the action scenes translated to the screen.

If too much action could save films, then Shoot ‘Em Up would have ended up with an Oscar; if having an all-female cast was a successful formula, then the 2016 Ghostbusters would have been included in the boxset released after Ghostbusters: Afterlife. Director Simon Kinberg who is yet to direct a successful movie (his only other movie Dark Phoenix is regarded as the worst X-Men flick of all time) should have given more time to the script and hired an experienced fight instructor if he wanted to be counted as a creditable director. Instead, he came up with a movie that made Red Notice look good, and that’s not a compliment in any way.