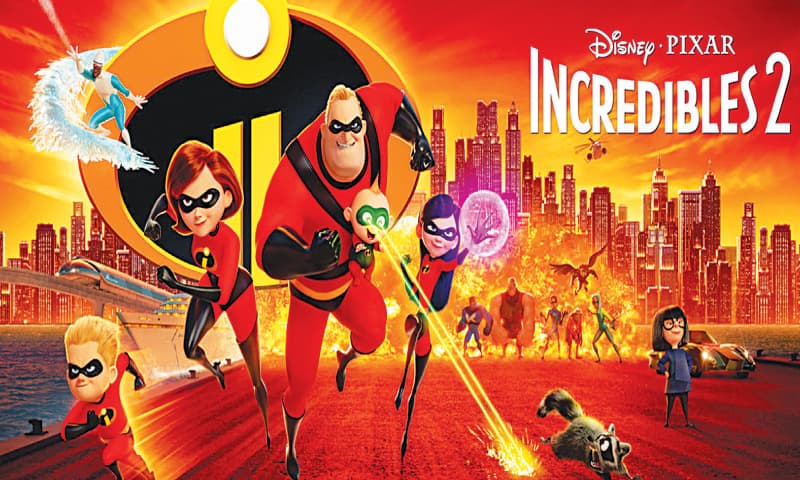 The Parr family from The Incredibles is back! They are the only ones who can save the world where superheroes are illegal, where being part of a superhero family is considered as an embarrassment and where not everyone is to be trusted.

Heroes know how to rise when everything is against them, and that’s what the Parr family does in Incredibles 2!

With Bob/Mr Incredible (voiced by Craig T. Nelson) taking the responsibility of looking after the kids Violet (Sarah Vowell), Dash (Huck Milner) and Jack-Jack (Eli Fucile) in the absence of wife Helen/Elastigirl (Holly Hunter), everything was going smoothly until one fine day Elastigirl becomes Crime Fighter #1. She gets the appreciation she longed for and invites the wrath of super-villain Screenslaver for her heroics.

Unknown to The Incredibles, Screenslaver has an agenda that makes him even more dangerous than the other villains they tackled in the past.

Unlike the original that came out 14 years back,  Incredibles 2 comes at a time when superheroes are quite popular, especially in cinemas. However, they manage to join the bandwagon easily, coming out as the family that is anything but normal! When the going gets tough, they become tougher even if it means setting aside their private lives to save the public.

The sequel is a huge improvement technology-wise as it has come after 14 years and, thankfully, the characters haven’t aged as it continues from where they left off in 2004.

It is a perfect holiday film for parents who find Ocean’s 8 too old fashioned or Jurassic World: Fallen Kingdom too scary for kids. Director Brad Bird’s screenplay combines wit and action to show how superheroes deal with their kids with superpowers, something that hasn’t been done before.

The pace of the narrative keeps you interested in the plot which presents Elastigirl as the main protagonist for a change, but when she needs saving, her family saves the day!

Incredibles 2 should not be given a miss because it is likely to come back with another sequel since people have loved both the parts. The elements of action, thrill, comedy and suspense in the movie, all in the 3-D glory, are what make the movie ‘incredible’.