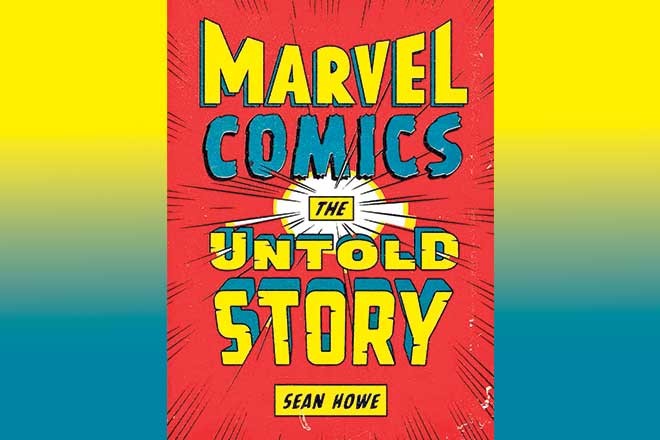 Before there was X-Men or Spider-Man or The Avengers, there was a struggling publishing house named Timely Comics that had nothing at all in their kitty. Unlike the force they have become today as Marvel Comics, back in the day, they were not even contenders when it came to comic books. Until one fine day in 1961, the-then editor in chief Stan Lee decided to come up with a superhero team that had everyday problems like us.

The creation of Fantastic Four heralded an era that has seen Marvel Comics rise to new heights and Sean Howe’s book Marvel Comics: The Untold Story chronicles that ascent which would not have been possible had it been a smooth sailing in the beginning.

The book is backed by comprehensive research, done on a publishing house that is presently so successful that it commands a separate section in record books.

But before these great days, there were moments when no one at Marvel Comics believed in the company and no one wanted to create new characters because they knew it would be ridiculed once released.

In was in this same era that Stan Lee and Jack Kirby decided to change their marketing strategy and with the arrival of Fantastic Four and later, Spiderman, they finally hit the jackpot.

A treasure trove for comic book fans, Marvel Comics: The Untold Story delves into the past and lets the readers know that there was a time when Marvel had to suffer at the hands of both readers and rivals alike before eventually tasting success. And even after creating The Amazing Spider-Man, The Avengers and The X-Men, they weren’t anywhere near the competing heroes of DC Comics who had Batman and Superman to save the world for them. What made Marvel stand out, however, were the human touches that the characters retained and what ultimately made them both relatable and memorable. Marvel superheroes, for instance, had the same problems that any teenager or middle-age man might have.

Peter Parker had to earn money as well as save the world as Spider-Man; Mr. Fantastic had to answer his wife despite her being another superhero; Captain America had to adjust to the modern times despite winning the World War II for America. That’s one of the many reasons why Peter Parker, Fantastic Four, and The Avengers remain the most-liked super heroes and why so many fans around the world were saddened at their disintegration during Infinity War, a Marvel movie that released earlier this year.

We also time travel, in a sense, with this book that reminds us that while present successes may have made Marvel an entity comic book fans revere, the same Marvel sustained feature film failures during the seventies, eighties and nineties. It also shines a light on the unsung heroes of the Marvel Universe. From best-known employees to those who came, drew and who left, everyone is given equal importance in this book except for ace editor Stan Lee and main artist Jack Kirby.

The two were part of Marvel’s rise from the 1940s till the 1980s and how they became huge is something you will learn only after reading this book.

Unlike other publications about comics, this one hardly has any image, photograph or illustration; it is probably because the writer knew his content was so strong that no one would miss the pictures.

Everything about Marvel superheroes is available in this book so if you want to know the story about the creation of Iron Man, Wolverine, Captain America and dozens of other characters, don’t go any further than Marvel Comics: The Untold Story. Get your hands on it to find out how a normal Marvel Comics rose to the global phenomenon it is today.