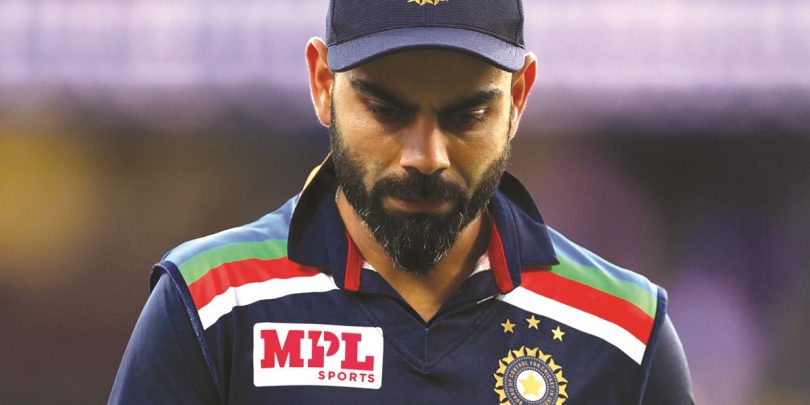 If you could name one international cricketer who began 2021 as a success story and ended it as a failure, then most of you probably would come up with one name – Virat Kohli.

The now-former India skipper began the year on a high with his team winning Down Under, but was on his way ‘down’ by the time the twelve months were over. And his decline in form and loss of captaincy had one thing in common with the Indian legends – Pakistan.

While Virat Kohli lost just one T20 international match to Pakistan during the World Cup in November, his predecessors had to taste defeat in Test cricket.

If you think this was the first time when an Indian skipper had to relinquish captaincy after losing to Pakistan, think again. It has happened to even the best of Indian skippers, and such decisions at times helped Indian cricket but damaged it more on other occasions.

The first one to be stripped of the captaincy after losing to Pakistan was Bishan Singh Bedi, who was at the receiving end when their arch-rivals won the three-match series 2-0 in 1978.

Pakistan won the Test matches in Karachi and Lahore by eight wickets on both occasions, making a mockery of the Indian spin quartet that featured left-arm spinner Bedi, leg-spinner B S Chandrasekhar, and off-spinners Erapalli Prasanna, Srinivasaraghavan Venkataraghavan.

The series where Mushtaq Mohammad led Pakistan to a victory was the first Indo-Pak campaign since 1961, and after the visitors lost, Gundappa Vishwanath replaced Bedi as captain.

However, by the time India visited Pakistan again, Little Master Sunil Gavaskar was their leader and his brother-in-law Vishwanath was playing as a batter only. At that time, Gavaskar was not just one of the best batters in India but also in the world.

He scored most of his runs against the mighty West Indies and 13 of his 34 Test centuries came against the likes of Michael Holding, Joel Garner and Andy Roberts. However, when it came to Pakistan, he proved to be an inept captain.

In 1982-83 series, Gavaskar’s men were against an unstoppable Imran Khan who was in the form of his life. Not only did he end up with 40 wickets in the six-match home series (Kapil Dev was in second place with 24), he led Pakistan to a 3-0 rout of the arch-rivals.

The legendary batter was demoted and the captaincy band was handed over to the all-rounder Kapil Dev, who went on to win the World Cup in England later that year.

It was under the same captain that India lost the famous Bangalore Test to Pakistan four years later, which was the only match of the series that yielded a result.

Thus, losing to Pakistan cost Kapil his captaincy and Dilip Vengsarkar was their leader when they played the next Test match against the West Indies in November 1987.

Call it his luck but Vengsarkar wasn’t the one marshalling the troop when the team toured Pakistan in 1989. It was Krishnamachari Srikkanth who led the Indian side against Wasim Akram and Waqar Younis, who were playing together for the first time.

Srikkanth didn’t lose the series but didn’t win it either as all four matches ended in a draw. However, it was enough to lose his captaincy to Mohammad Azharuddin, who wasn’t even a member of the side that crossed the border.

Azharuddin captained India in most of its matches in the 90s and proved his credentials as a leader, despite losing to Pakistan regularly in Sharjah.

When he led the side in Test cricket in 1999 against the arch-rivals for the first time in his career, he managed to win one out of the three Tests that were played in India.

It was the end of his Test captaincy, and soon after, he was found guilty of match-fixing and was banned from the game.

Many players were tried after Azharuddin as captain but none tasted success like Sourav Ganguly who led India to a historic win against Pakistan in their backyard when the two teams met in 2004.

However, the loss to the same team at home the very next year ended with the same old conclusion – a change in the captaincy. Ganguly was a part of only two encounters out of three when they faced Pakistan a year later in an away series, under Rahul Dravid.

Although Sachin Tendulkar also lost his captaincy after losing an ODI series in Pakistan and a 50-over game in the first-ever day-night tournament in Sharjah in 1997, he was never a stable captain.

History proves that cricketing authorities in India can accept anything but a defeat against the arch-rivals and Kohli, despite all he has achieved as a batter over the years, faced the similar outcome.