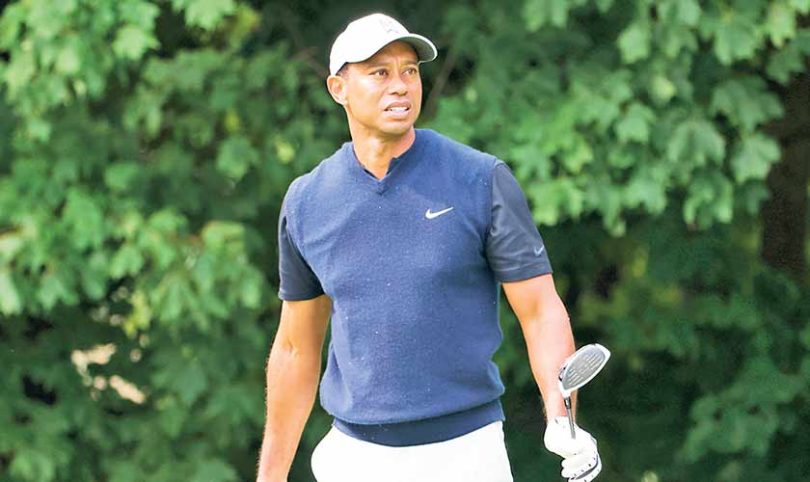 In some ways, he is like his ‘namesake’, the former Captain of the Indian Cricket team Mansoor Ali Khan Pataudi, also known as Tiger MAK and former Austrian formula one driver Niki Lauda, both of whom made successful comebacks to the game after suffering life-threatening injuries. It remains to be seen whether Tiger Woods joins them and returns to the sport he loves or becomes the part of the other group, featuring those who had their careers cut short by injuries.

Who were these ‘Unlucky Sportsmen’, and what happened to them that was so serious that they couldn’t make a comeback, let’s find out:

He was Pakistan’s first Test centurion, and the first batsman from the newly-crowned Test nation to carry his bat in the country’s only second Test against India in 1952. He scored 124 not out while opening the innings in his second Test (also Pakistan’s second Test) and remained undefeated when the last wicket fell at 331, an innings that not only saw him enter the record books but also helped Pakistan to their very first Test victory. Sadly, he injured his arm in a domestic accident soon after the five-match series, and had to retire early from the game at the young age of 31. His son Mudassar Nazar carried his legacy forward as well as his bat against India in a Test match, becoming the only father-son pair to remain undefeated in a completed Test innings.

During the latter half of the 1990s, India tried many wicket-keepers as Nayan Mongia’s replacement, and Saba Karim was one of those who managed to represent the country in both ODIs and Test. He was a better batsman than Sameer Dighe and Deep Dasgupta and a dependable gloveman behind the stumps as well. However, during an Asia Cup match against Bangladesh in 2000, while keeping to Anil Kumble, Saba Karim was hit by the bail on his eye. Since wicket-keepers didn’t wear helmets back then, his right eye was badly damaged, and he had to undergo a surgery. He did try to make a return to the game after recovery but faced difficulty in concentrating at the moving ball and retired before his 33rd birthday.

He was South Africa’s most successful wicket-keeper and despite making a shaky debut against Pakistan in 1997, he went on to record as many as 999 dismissals in 147 Tests, 295 ODIs and 20 T20Is. He was an integral part of the South African side when his career was shortened by an injury; while keeping wickets to Imran Tahir in a warm-up match during what would have been his final tour in 2012, Boucher was hit on his eye after a googly hit the stump and caused one of the bails to fly. The South African wicket-keeper was taken to hospital and was diagnosed with a lacerated eyeball. The accident may have ended his playing career but he returned to the national side as Head Coach and is currently serving them with the same zeal and fervor as he did as a wicketkeeper!

And then there was the unlucky English batsman Craig Kieswetter who was just 27 when he bid farewell to the game. It had to do with an injury that the wicket-keeper sustained while batting in a county match where bowler David Willey’s bouncer penetrated the grill of his helmet and broke his nose and eye socket. After a facial surgery, he tried to make a comeback but found batting difficult. Despite being named in the provisional squad for the Cricket World Cup in 2015, Craig Kieswetter called it quits and was a former cricketer at the age of 27!

Although Michael Schumacher didn’t sustain his injury during a Formula 1 race, the skiing accident grieved his fans all over the world. As the world was celebrating the arrival of the year 2014, Michael Schumacher and his son Mick were skiing in the French Alps two days before the New Year. It was while crossing an unsecured area when he fell and hit his head on a rock, and despite wearing a ski helmet, sustained a serious head injury.

At first, the 44-year-old was put into a medically induced coma because of traumatic brain injury but six months later was discharged to be taken care of privately in Switzerland. After so many years of rehabilitation, Schumacher is now conscious but still bedridden, which is traumatic both for his fans and the record holder of the F1 driver with the most races won in a single season.