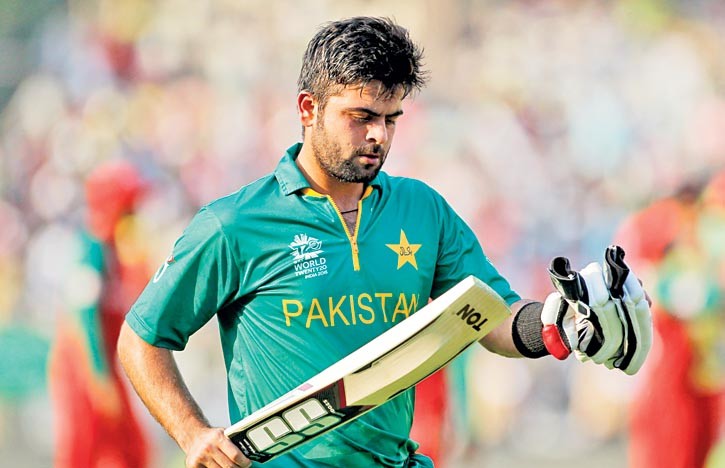 They were ranked number one in the world but the way Pakistan played against Sri Lanka, they looked like an Associate team. They could neither score runs fast, nor take wickets nor hold onto catches, painting a clueless state of affairs in Pakistan cricket. No offense to the Sri Lankans but any team would have managed to beat this Pakistan side, which was as bad as one could get. Let’s analyse the usual suspects first, who played in more than one match but proved themselves to be a mismatch for T20 Internationals.

Umar Akmal
(No run in 2 matches)

There are two kinds of batsmen in this world – one who scores whenever given the chance like Abid Ali, and those who don’t have scoring runs in their DNA, despite repeated chances, like Umar Akmal. He made his Test debut in 2009 and scored a century on debut, yet was out of the side within two years due to his inconsistency. Selectors kept him in the limited-overs side for some reason or other, yet he disappointed most of the time. The same thing happened when he was recalled by the new coach and chief selector Misbah-ul-Haq, only to disappoint him more. Not only did he look clueless in the field, but he also couldn’t even face a delivery properly, without getting dismissed. By not scoring a run or lasting more than a ball, Umar Akmal proved that Mickey Arthur was right in dropping him for good. His failure made the sacked-and-disgraced coach look good!

The poster boy of Pakistan cricket Fakhar Zaman scored fewer runs in two innings than Ahmed Shehzad, and if that’s not something to be ashamed of, I don’t know what is. He showed his attacking side in the ODIs but after being dropped in the first T20 for no reason, he lacked confidence on his return. Yes, dropping an in-form player is something you can expect in Pakistan. But that doesn’t make Fakhar a victim. He has played enough Cricket to bounce back and show his class than bow down when the going gets tough.

You may have seen his videos on YouTube where Ahmed Shehzad was exercising while being out of the side. It seems that the workout didn’t help him much as he batted at a strike rate of 68 in the era of run-a-ball Cricket, and managed less than 20 runs in two innings. He neither looked good at the top of the order nor seemed in command when sent lower down the order. Why he was selected for a series that could have helped Pakistan test new players is beyond any sane person. Maybe it was coach Misbah’s ploy to use the most overrated cricketers in not-an-important series so that he could properly bid them adieu, for good.

The management of Pakistan cricket team needs to realise that player development is as important as player management. Why Asif Ali was selected to represent Pakistan despite a horrific World Cup remains a mystery. Why weren’t the best players in domestic cricket, hard hitters with a better reputation and youngsters with a future ahead for them were picked up is a question Coach Misbah must answer. Asif Ali got all the chances in the world to prove his mettle but he couldn’t deliver, not once, not twice. He should be sent back to his T20 franchise to learn the tricks of the trade and improve his temperament.

It seems that success has gone to Shadab Khan’s head; he can neither bowl like his old self nor bat. In fact, he is currently the most used-to-be-feared bowler in the world as batsmen can pick his length, his googly and even his leg-breaks easily. What made Mushtaq Ahmed, Shahid Afridi and others have lengthy careers is the fact that they improved with time, learned new tricks in domestic cricket and applied them in international cricket. Shadab Khan seems more interested in looking good on the field than doing good, and that’s affecting his performance both with the bat and the ball. Taking just 2 wickets in 3 matches for an average of over 50 is only acceptable if you are playing against the best batsmen in the world, not newcomers waiting to impress people back home. Sri Lanka came with its young talent who seemed to be better equipped for international cricket than Shadab Khan.

And then there was the Captain, the man who promoted himself in the order to prove his mettle and failed. He is the same person who couldn’t hold on to catches, couldn’t effect stumpings and didn’t put his foot down when useless Cricketers were selected in the final XI. It is because of Sarfraz Ahmed that Mohammad Rizwan isn’t playing in the Pakistan side despite proving himself a better batsman. It is because of his impulsive captaincy that Sri Lanka managed to take Pakistan head-on, and emerge victoriously. Had Pakistan not been ranked number 1 in the world, the defeat against Sri Lanka wouldn’t have hurt as much as it did. But taking just 1 catch in a T20 series, not going with a full-strength side and unable to bat are issues related to a person, not a team. The sooner Sarfraz Ahmed proves he is not expendable but dependable, a leader who can lead the side not take dictations and have a say in selecting the best XI, the better for him, for the spectators and Pakistan.