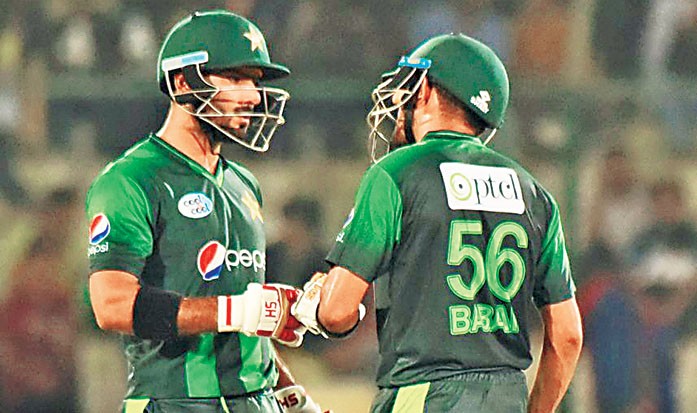 Cricket is a funny game where a player is hero one day and villain the next, depending on the result of his performance. Shahid Afridi has been one of the prime examples. He has been loved and hated at the same time. Two years back, just after his retirement, the former captain claimed to be better than many in Pakistan and declared that there was no talent in Pakistan, a remark that generated controversy.

Unlike the many other controversies he has been part of, this one touched the heart of all those who believed that there was an abundance of talent in the country. The talented individuals he ridiculed took it upon themselves to make him eat his words and in less than two years, they performed so well that now Lala might be thinking of disowning his comments.

These youngsters were the main reason why Pakistan managed to win the ICC Champions Trophy for the first time; just last week they managed to defeat the World Champions West Indies in a three-match series.

Let’s discuss some of these “talented” individuals who have managed to earn their place in the national side and have been instrumental in proving Afridi wrong.

Fakhar Zaman: He came, he scored and he conquered; Pakistan Cricket team’s rise in T20 Cricket is mostly due to the presence of super aggressive Fakhar at the top; selected after Ahmed Shehzad’s failures, Fakhar made the most of the chances and has been scoring runs freely against the best in the world. His century in the final of the Champions Trophy against arch-rivals India did remind the fans of the game of the time when Afridi opened the innings and hit the ball out of the park.

Babar Azam: The young batsman has been making fans all over the world ever since he debuted a few years back. Be it in T20Is or ODIs, Babar has made the top-order position his own and currently holds the joint-record of the fastest to 1000 runs in ODI Cricket. Not only has he won matches for Pakistan, he is the only Pakistani to average over 50 in both the formats. Yes, his Test record hasn’t been that great but in limited overs, he is the answer to Afridi’s claims of “No Talent”.

Shadab Khan: Afridi made his debut as a leg-spinner in the mid-90s and kept the flag aloft for two decades since he could bat as well; since his retirement, the young Shadab has been doing that and proving that when you have talent, you can do anything, anywhere. He also plays Cricket Leagues all over the world. The world of Cricket remembers him as the youngster who compelled his captain to go for the review in ICC Champions Trophy and came out as a winner.

Hussain Talat: After Babar was promoted to the opening slot for the series against the West Indies, Pakistan needed a batsman in the middle order who could fill the slot by scoring heavily. Hussain proved to be that replacement as he managed to score 135 runs at 67.50 in his debut T20I series and became a household name. He also ended the series with three wickets to his name, making his presence felt as an all-rounder, something Afridi didn’t think was possible after his exit.

Hasan Ali: What Fakhar did for Pakistan batting, Hasan did for bowling. He may have ended the series against the West Indians with just two wickets but ever since his debut in 2016, he has been the most successful bowler in the side. With 62 wickets in just 30 ODIs and 21 wickets in 16 T20Is, Hasan has managed to become one of the most feared Pakistani bowlers of the modern era, and his change of pace is still hard to read. He ended the ICC Champions Trophy as the most successful bowler as well as the Player of The Tournament and is destined to do bigger things provided he stays fit and doesn’t lose it with success.