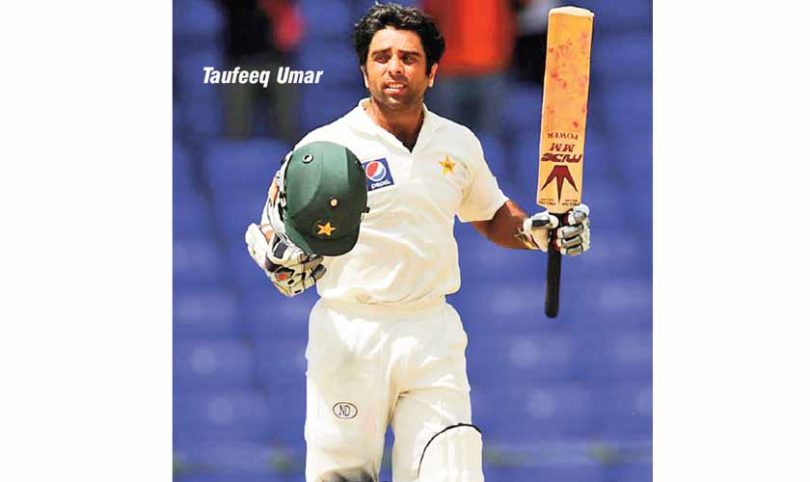 Last week we discussed that left-handed Pakistani batsmen have a habit of scoring more runs in an ODI inning than their right-handed counterparts. Out of the six scores of 150 plus, five have been scored by left-handers, which makes them a force to reckon with in limited-overs internationals. However, the case is entirely different when it comes to Test cricket, where none of the left-handers who represented Pakistan has a triple century to his name, and the highest score by a leftie was actually scored by a late order batsman who was known more for his devastating bowling than batting.Let’s first go through the history of high scores in Tests by Pakistanis, and then discuss how right-handers dominate their counterparts when they are in the whites. Read on:

From the first centurion to the biggest one!

Pakistan’s cricket history may not be as old as that of England, Australia, and others but it is ‘gold’ for the fans of the men in green. They came into the Test arena five years after Pakistan’s independence and have not gone out of sight since. How would they when the country’s first-ever Test centurion managed to carry the bat in the same innings, and his son repeated the feat against the same opponents three decades later? Yes, we are talking about Nazar Mohammad, who was Pakistan’s first centurion in a Test match, and wasn’t dismissed after scoring 124. His feat came against India in India, during Pakistan’s second Test match of their first-ever Test series. His son Mudassar did the same when India came to Pakistan in 1982.

For a few years, that 124 not out was Pakistan’s highest score in a Test match, until Hanif Mohammad scored 142 in Bahawalpur in 1955 during India’s return tour to Pakistan.

Hanif was in explosive form, and en route to his (and Pakistan’s) highest score, he scored 127 runs for the opening wicket with Alimuddin. Hanif’s innings that was scored in January 1955 became a landmark for Pakistani batsmen as everyone wanted to go past it, and two eventually did, incidentally in one Test match a few months later.

The first person to do so was Waqar Hasan who was on his way to become Pakistan’s first double centurion against New Zealand in 1956, but his innings was cut short at 189, eleven runs before a coveted double ton. Imtiaz Ahmed, with whom he added 308 runs for the seventh wicket, stayed behind after Waqar Hasan’s departure and went on to score 209 runs against the Kiwis. It was not just Pakistan’s highest score at that time, but also the most runs in a Test innings by a wicket-keeper, a record that was eventually bettered by Taslim Arif in 1980!

While the Pakistani fans praised Imtiaz’s 209, there was one person who had other things on his mind, and that was Hanif, the previous holder of the record. Hanif waited for two years and improved his batting so much so that when Pakistan met the mighty West Indies in their first-ever series, the Little Master was on fire. He was not just able to resist his tall opponents but also scored like a man possessed, who seemed to know the grounds better than the locals. He kept Pakistan on course for a draw, when defeat had looked certain after the first innings. In the process of saving the match, Hanif batted for 999 minutes (some claim it was 970 minutes!), and managed to stand tall due to his batting. His 337 remains a national record since, and despite three more Pakistanis crossing 300 in a Test match, none has been able to come close to Hanif’s best.

Of highest scores, but not left-handers!

So far, four Pakistani batsmen have managed to cross the triple-century mark in Tests – Hanif, Inzamam ul Haq, Younis Khan and Azhar Ali. None of them is a left-hander, and neither are Javed Miandad and Zaheer Abbas who managed to record scores in access of 260, twice and once, respectively. The highest score by a left-handed in Pakistan was scored by Wasim Akram in 1996 when he managed to score 313 runs for the eighth wicket with Saqlain Mushtaq, and hit as many as 12 huge sixes in the innings. No Pakistani batsman from the left-handed club has managed to better that score yet.

Out of all the batsmen to score a double century for Pakistan in Tests, only three have been left-handers, including two openers – Aamer Sohail and Taufeeq Umar. The former did it against England in 1992 (205 runs) and the latter against Sri Lanka in Abu Dhabi (236 runs). Besides these two (and Wasim Akram, of course!), no left-handed batsmen from Pakistan has ever crossed 200 in a Test match; not even Saeed Anwar, Fakhar Zaman, or Imam ul Haq who have crossed 150 in ODIs, or Fawad Alam who holds the record of most runs (168) on Test debut for Pakistan.

It is sad that out of the 44 instances of batsmen crossing 200 for Pakistan, only three times a left-handed batsman has raised the bat to acknowledge the crowd. Sad, considering that the last three record-holders for most runs in Test innings have been left-handers (Brian Lara, Matthew Hayden, Brian Lara), and the first-class record for most runs in an innings is also held by a leftie (Brian Lara, again!). One hopes that in coming days, the monotony of right-handers batters is broken in Pakistan and the team gets someone who does a ‘Brian Lara’ over a ‘Hanif Mohammad’ or an ‘Inzamam ul Haq’, and makes his fellow left-handers proud with his achievement.