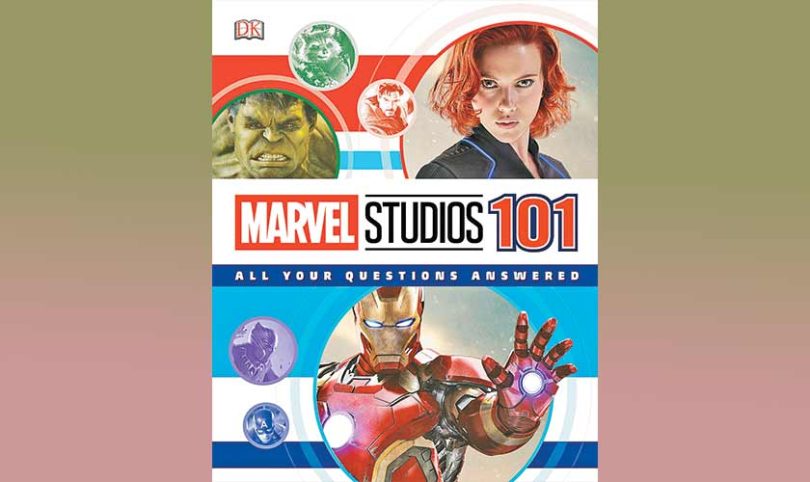 Marvel Studios – All Your Questions Answered gives an in-depth insight to everything you need to know about the Marvel Universe.

How many of you have had unanswered questions while watching a film from the Marvel Cinematic Universe? From Iron Man to Black Panther to Avengers: Infinity War, how many times did you leave the cinema asking your friends what really happened in there? DK’s Marvel Studios – All Your Questions Answered ends that problem with a prolific book that anticipates your every query and responds to it in such a manner that you want to watch the flick again, just to pick up on everything you missed.

How is this book better than a Google search, which can also answer your queries, you might ask? Google doesn’t answer questions, it gives you options from different sources, and while some might be authentic, some aren’t. This book is like having a conversation with a wise and know-all credible person who knows all there is to know about the Marvel Cinematic Universe and has all the time in the world to explain it to others. Every film from the MCU gets more than a couple of pages here, explaining its importance to the readers as well as making them understand its purpose. While Captain America: The First Avenger came after Iron Man, the book features it first, just like the filmmakers who want you to know the timeline through the story, not when the film was released.

And it also makes your life easier by making you understand two of the biggest mysteries of all – why is the Marvel Cinematic Universe divided into phases and what do the Infinity Stones do. The book is divided in such a way that you can either choose your questions from the contents or go through the book in one go and get all the details. Adam Bray, who has compiled the book, must be given the credit as he does a wonderful job (and service to MCU fans), making the future of Marvel flicks clear to many of the audience out there. Combined with pictures from Marvel flicks and details that weren’t known before, this book is a must-have in your collection, even if you aren’t a Marvel fan.

Don’t worry if you didn’t know what Hydra is or what does S.H.I.E.L.D. stand for; why does the second phase end with Ant-Man and what is the logic behind the third phase beginning with Captain America: Civil War. In fact, the book starts with the simplest of all questions (but the most important one) – what is Marvel; because without it, nothing will be of value. From creators of Marvel characters to actors playing them onscreen, everything Marvel is right here. The book may not feature the last of the Avengers but with or without Endgame, this comprehensively compiled book will make you an expert in Marvel flicks in no time. Grab it before it’s too late and challenge your friends before they challenge you!