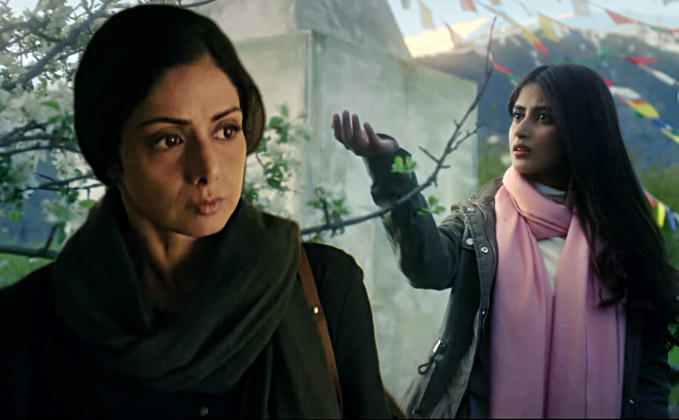 By: Omair Alavi The film fraternity around the world was dealt a huge blow when Bollywood starlet Sridevi suddenly passed away at the age of 54 during a trip to the United Arab Emirates. The Hawa Hawaii girl as she was commonly known had just made a comeback to films with Mom – a role…

The film fraternity around the world was dealt a huge blow when Bollywood starlet Sridevi suddenly passed away at the age of 54 during a trip to the United Arab Emirates. The Hawa Hawaii girl as she was commonly known had just made a comeback to films with Mom – a role that had got her awards and nominations from everywhere. Her sudden demise left the whole showbiz community in shock simply because she was on top of her game and wanted to add to her 300-film tally.

Sridevi might not have been the first female Superstar of Bollywood – which honour goes to Hema Malini – she was easily the biggest import from Down Under. She started her career at the age with Thunaivan which was followed by notable films like Poompatta, Kandan Karunai, Nam Naadu and Babu. Not many know but Sridevi won the Kerala State Film Award for Best Child Artist for her brilliant acting in Poompatta. She continued to act in Malayalam, Kannada, Tamil and Telugu films since she was too young for Bollywood, but that helped her develop the acting skills that later helped her in Hindi films.

Then came Julie the film that made Rajesh Roshan an A-List music director with Dil Kia Karay sung by Kishore Kumar. However, the film also launched the career of one Sridevi in Bollywood who played the protagonist Lakshmi’s sister. With Solva Sawan she made her entry as the leading lady in 1979 but her biggest break came with Sadma four years later where she played the role of a young woman who regresses to childhood after an accident, opposite Kamal Haasan. From there started the rise of Sridevi that didn’t end till 2017 when she appeared in what can now be termed as her final film Mom. There was a 15-year period where Sridevi didn’t do a film but that’s because she wanted to raise her children. When she did come back with English Vinglish, it seemed that she had never left!

Sridevi’s career can be easily categorized in four different categories – she was a Dancing Diva who never disappointed, was the Tragedy Tsarina who dominated the scene for over a decade, the Comedy Queen who gave tough time to her male counterparts and the Mom Innings where she returned as a mature actor who showed to the younger rivals that age is just a number.

The Dancing Diva: Sridevi and Jeetendra became the super hit Jodi from Down Under who could do no wrong in the 80s be it their South Indian remakes titled Himmatwala, Jaani Dost, Justice Chaudhury, Mawali, Tohfa or Maqsad; she then migrated to big banner films like those directed by Yash Chopra namely Chandni and Lamhe. With Nagina, she became the brand ambassador of snakes all around the world and it is her Nagin moves that people have been copying since.

The Tragedy Tsarina: Not many associate Sridevi with tragic performances but she was one hell of a performer when it came to that. Her acting in Sadma is perhaps one of the most iconic performances in Bollywood and she tried to raise the bar whenever the director knew how to extract the best performance from the actress. She was ice cold in Khuda Gawah, performed brilliantly as the mother and daughter in Lamhe, showed the audience that she was the best in Chandni and was exceptional in Judaai that proved to be her final hit before the break.

The Comedy Queen: Although she was the last person you expected to do justice to comedy, Sridevi took the challenge head-on and emerged the better comedian whenever she was asked to make people laugh. People remember her take on Charlie Chaplin in Mr. India but have forgotten that Satish Kaushik was the prime comedian in the film. Similarly, she was the one who made people laugh in Chaalbaaz with her antics even though the film was a remake of Hema Malini’s Seeta Aur Geeta.

The Mom Innings: She came, she saw and she conquered … again. With English Vinglish and Mom, Sridevi proved that age has no barriers. She played the role of an English illiterate housewife in the former while took defending her daughter’s honor to a whole new level in the latter. The scene where she delivers a speech at the climax of English Vinglish and the one where her character addresses the bed-ridden villain are iconic scenes that should be shown to aspiring actors and directors. Sridevi still had a lot to offer; her death in real life has made her an immortal in reel one!