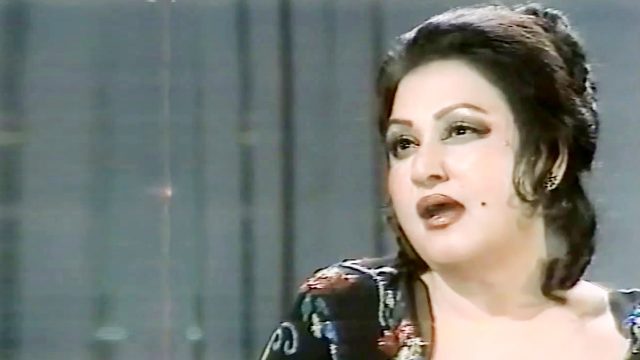 By: Omair Alavi It has been 16 years since Malika e Tarannum Noor Jehan passed away, leaving her fans and followers heart-broken; imagining a Pakistan without Madam was just not something to look forward to. She delivered countless hits – both filmi and non filmi – during her career and proved to her detractors in…

It has been 16 years since Malika e Tarannum Noor Jehan passed away, leaving her fans and followers heart-broken; imagining a Pakistan without Madam was just not something to look forward to. She delivered countless hits – both filmi and non filmi – during her career and proved to her detractors in India that moving to Pakistan was a step in the right direction for her career. From 1948 to 1959, she was not only the top rated actress in the country but also the leading playback singer; it was in 1959 she quit acting to become a full time playback singer and her career soared high after that. Let’s talk about 16 very famous Noor Jehan numbers from Urdu films (and some not from films) on her 16th death anniversary, the ones that got released after she quit acting and those that still mesmerize the audience whenever they go on air!

There was no stopping the Pakistan’s film industry in the 60s with Sabiha Khanum, Nayyar Sultana and others handing over the torch to the younger lot of Zeba, Shamim Ara, Shabnam and Deeba who continued to dazzle the audience with their grace and class, that had Madam’s vocals to make it grand. Be it a Faiz Ahmed Faiz poem  or Nisar Bazmi’s first film on this side of the Wagah Border, Sabiha Khanum’s elegance or Zeba’s beauty and Shamim Ara’s simplicity, Noor Jehan was the voice for all. Her first decade as a playback singer saw her deliver countless hits including the songs mentioned below, all of which are still popular even after 5 decades.

The 70s was a time when the film industry was going towards a decline that helped Punjabi cinema rise; Noor Jehan was popular and in demand in both arenas but it was her songs in this decade that gave tough competition to veterans like Mala and newcomers like Naheed Akhtar and Mehnaz, She was at top of her game in Abhi Dhoond Hi Rahi Thi which is still considered one of her finest songs. Be it crooning for Nayyar Sultana, lending her vocals for the first time for Sohail Rana or delivering the still-popular Mere Huzoor track, there was no stopping Madam even in the 70s.

The Voice That Won The War

Madam Noor Jehan was considered the most influential woman in the country during her life, especially during the 60s and the 70s; that influence came with her iconic national songs in Urdu and Punjabi. It was during the 1965 War that she left everything behind to sing War numbers that not only bucked up the soldiers but also those supporting them from home. She kept appearing on TV till the 90s and it was with these PTV numbers that people still associate her most. Indian actor Pran who was Noor Jehan’s first filmi hero once suggested to some Pakistani students he met in a plane that in order to solve the Kashmir issue, Pakistanis must handover Noor Jehan to India; the Pakistani students refused to oblige and that shows how much she meant to her fellow countrymen.