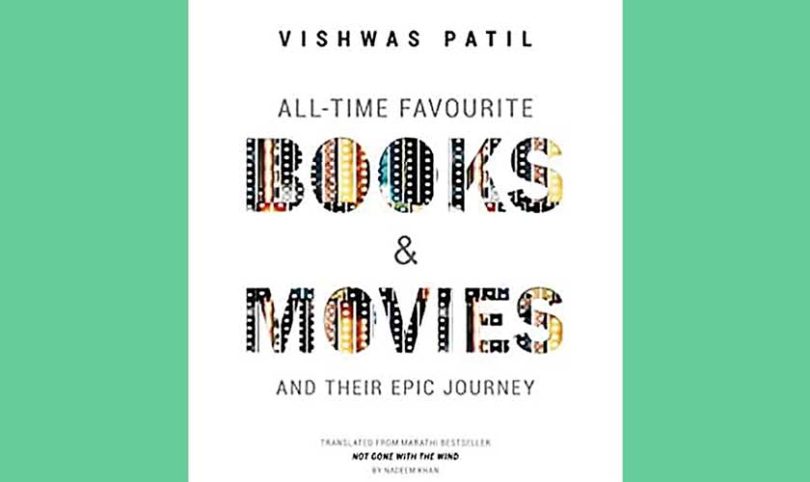 There are two kinds of people in this world: those who watch movie adaptations without reading the book, and those who make the effort of reading the book before watching the movie. Vishwas Patil’s All-Time Favourite Books & Movies And Their Epic Journey is a must-read for both kinds of people as it discusses some of the best films adapted from books. The highlight here is not the writer’s opinion or review but a well-researched documentation of the book, the film and the people and teams behind them.

A book of such magnitude is in itself a translation of Not Gone With The Wind; Nadeem Khan’s translation into English from Marathi does justice to the author of the original who compliments him for doing justice to his work. As for the version being discussed here, it is a well-researched piece of work that talks about mostly Hollywood versions of literary classics, with a couple of Indian films that went onto become classics. And of course, the comparison makes the discussion all the more interesting, with the author pointing out the positives and negatives of the source and the adaptation, or in a few cases, inspirations.

The book is divided into two parts – Epic Journeys and Across Borders. Epic Journeys talks about 11 bestseller novels that were made into films and were highly successful. Unlike Wikipedia, where every bit of information is available without any authenticity, this book covers details from a book’s origin to the moment a producer decided to make it into a movie. Even the stage version is discussed here because, on most occasions, the actor who performed on stage ended up in the film. How the novel was received when it was published, how the film version fared and what the readers/audience had to say of both, everything is covered here for the benefit of those who haven’t read the book or watched the film.

From William Shakespeare’s Othello to Leo Tolstoy’s Anna Karenina, from Margaret Mitchell’s Gone With the Wind to Mario Puzo’s The Godfather, every film in this section is thoroughly discussed. From the author’s vision and condition (financial and otherwise) at the time of writing, to the decision to lock a specific director, actors who suited the character and even the scriptwriters, this book covers it all. If you didn’t know that the producers were against Marlon Brando playing The Godfather and that the director Francis Ford Coppola supported him, that Margaret Mitchell wrote just one novel before she died in an automobile accident at 49 or that prominent filmmaker Shiraz Ali Hakim was the producer of Mughal-e-Azam before he migrated to Pakistan, leaving the film without a financier for some time, then you need to get your hands on this book.

Then there is the Across Borders section where multiple films that followed the same theme are bundled together. The Idiot and Devdas are discussed in one chapter because of their similarities, according to the author; Mother India is discussed alongside The Good Earth and The Grapes of Wrath because their basic idea is the same. Spartacus, Braveheart and Lagaan are deliberated as belonging to the same theme – where the weak wreak havoc until they are done in by treachery and deceit. On the whole, this book is a must-read if you are interested in learning about classics – both literary and films – and trust me, it is as good as a dip into an encyclopedia of information.